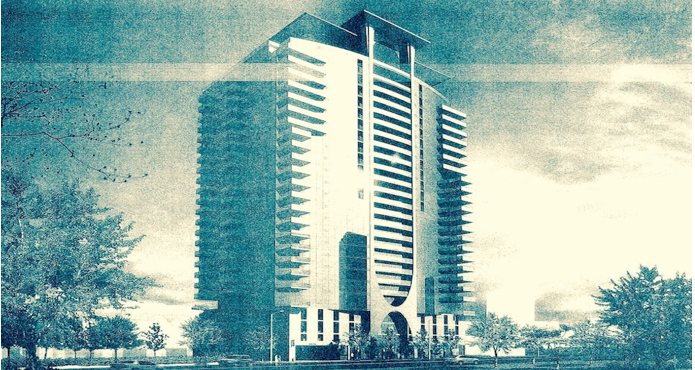 VOX POP--Developer Michael Hakim shelled out more than $1.2 million in campaign contributions, lobbyist fees and payments to City Hall trust funds until finally his controversial Koreatown skyscraper was approved by the LA City Council and Mayor Eric Garcetti. It didn’t matter that nearby residents and even LA’s City Planning Commission opposed the mega-project.

As a life-long Beverly Hills resident, Hakim detested overdevelopment in his posh, leafy city — in 2009, as a Beverly Hills City Council candidate, he made it one of his top campaign issues. Then he wanted to build a 27-story luxury housing skyscraper in a low-slung, working-class section of Koreatown on South Catalina Street.

Hakim apparently forgot his campaign platform from 2009, when he ran unsuccessfully for Beverly Hills City Council. “For years,” he wrote in an election guide, “people of our city have endured traffic gridlock and parking nightmares. This must change!” He strongly urged for better public transit and “controlling overdevelopment.”

In Los Angeles, Hakim’s Koreatown skyscraper went against all zoning protections, and residents realized it would destroy the character of the community — and possibly force them out of their neighborhood due to gentrification.

Since nobody is allowed to build skyscrapers on South Catalina Street just south of Eighth Street, a few doors away from a school, the City Planning Commission rejected Hakim’s plan. The LA Times quoted planning commissioner Maria Cadildo as calling it “wildly inappropriate.”

But Hakim paid $41,400 for a lobbyist to woo LA Planning Department officials so he could demolish what exists there now: three apartments providing housing to 14 families. He also needed special spot-zoning favors from the City Council: a “General Plan amendment” and “height district” change.

If the developer got those things, with the swipe of a pen from City Hall, his land would skyrocket in value and he would become millions of dollars richer.

But the really huge money poured in recently, aimed at Mayor Eric Garcetti and Herb Wesson.

In April 2015, Hakim agreed to contribute $1 million to the city’s Affordable Housing Trust Fund and place $250,000 into Herb Wesson’s Council District 10 “Community Benefits Trust Fund.” Sounds like a lot, right? Not really. It’s only enough to build two or three affordable housing units, which each cost $450,000 and up. And don’t forget, Hakim will destroy 14 inexpensive housing units.

Garrcetti liked the looks of that $1 million. He overrode his own Planning Commission and pushed through approval of Hakim’s “General Plan amendment” and zoning changes. Garrett is eager to bring a skyscraper to a congested residential neighborhood that is among the most dense in the Western United States.

Garcetti, the L.A. Times noted, “rejected a decision by a panel of his own appointees.”

Neighborhoods activists are still fighting against the Koreatown skyscraper.

The wildly inappropriate mega-project is just one glaring example of why we need the Neighborhood Integrity Initiative, which has been placed on the March 2017 ballot.

LA’s rigged, unfair and broken development approval process is controlled by developers, who then get special favors from City Hall politicians — and ordinary people suffer the consequences of gridlock traffic, ruined neighborhoods and the displacement of longtime residents.

We must return power back to the communities.

(Patrick Range McDonald writes for 2PreserveLA.  Check it out. See if you don’t agree it will help end buying favors at City Hall.)