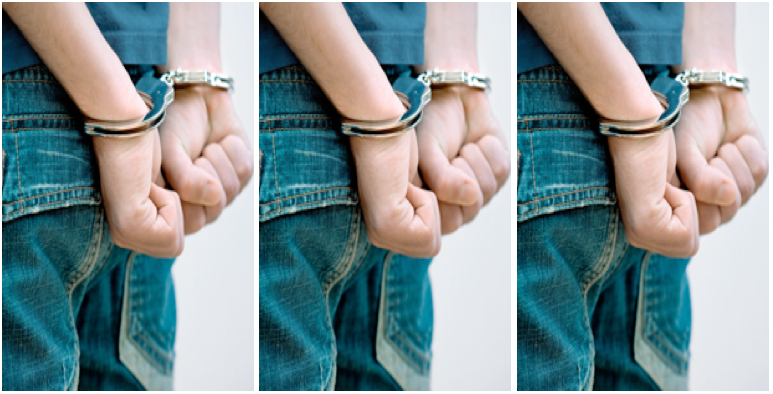 TRUTH & CONSEQUENCES-When touting the merits of The Public Safety & Rehabilitation Act of 2016 (also known as Proposition 57,) the 2016 California voters guide addresses the question surrounding juvenile arrests for violent or serious criminal offenses to be charged as adults. Those convicted could spend years incarcerated in California State prisons. Prop 57 strips away the power of prosecutors to try juveniles as adults, overturning Proposition 21 which was approved by 62% of the voters in 2000. Prop 21 gave prosecutors, instead of judges, the right to decide whether juveniles should be charged as adults.

A prosecutor could file directly against a juvenile in adult court under W&I 707(d), but could also file a “fitness hearing” in Juvenile Hall. Under W&I 707(c), a juvenile is presumed to be unfit for juvenile court.

Prop. 57 will also strip judges of the power to set sentencing guidelines, transferring that power to Governor Brown's appointed members of the Board of Parole Hearings instead.

Prop. 57 overturns key provisions not only in Marsy's Law, a Constitutional amendment enacted by voters in 2008, but also the “Three Strikes Law” (Prop. 35), The Human Trafficking law (Prop. 35), The Street Terrorism and Prevention Act (Penal Code Section 186.22) and The Victim’s Bill of Rights (Prop. 8.)

If the court order does not have the enhancement under PC 667.5 of the California Penal code, then a current incarcerated criminal can be released early from state prison. Prop 57 allows the worst “career criminals” to be treated equal to first‐time offenders, prohibiting strong sentences that judges could impose.

The Voter Guide also hides the fact that Proposition 57 seeks to set new guidelines to allow both appointed Board members and California Department of Corrections and Rehabilitation staff to enhance “good time” credit for current incarcerated adult inmates convicted of very violent and serious criminal offenses and also grants early release from state prison. Presumably, these credits will apply if they attend educational or work/vocational programs -- even if there is no availability for those programs in a particular prison.

Prop. 57 is a Constitutional Amendment that affords new rights and privileges for even the most dangerous criminals. If passed, it cannot be overturned by the Legislature.

The devastating effects of AB 109 and Prop. 47 have threatened the safety of all communities and claimed the lives of many innocent victims. Adding the negative impacts of Prop. 57 into the mix would ultimately weaken all of California’s anti-crime laws.

Did you know that violent crimes across the State have escalated over 10% last year? In Los Angeles, crime statistics point to a 20% rise in violent crime last year. Those charged with enforcing the laws of the State know this only too well.

Each side claims the other side is lying. Supporters insist Prop. 57 will help fix the broken system that would rehabilitate prisoners and reduce the recidivism rate. They want inmates to have the “tools” to “stop the revolving door to prison.”

Gov Brown and his band of followers insist that, “To be granted parole, all inmates, current and future, must demonstrate that they are rehabilitated and do not pose a danger to the public.” But ask yourself, how can anyone “prove” they’ve been rehabilitated during a hearing? Does a simple promise to not harm another guarantee public safety at that inmate’s hands? What happens to all that “rehabilitation” when an inmate is released from prison and cannot assimilate back into society or cannot find a job to support him or herself?

The California District Attorney’s Association (CDAA) wrote an analysis of the Governor’s Initiative (Prop. 57) in February 2016.

They note, “The term ‘non-violent felony offense’ is not defined in the initiative, or elsewhere in California law. However, Penal Code section 667.5(c), which has been the law in California since 1977, defines ‘violent felony’ with a list of some 23 offenses. That list currently includes crimes such as murder and attempted murder, mayhem, forcible rape (but not all rapes,) forcible sexual assault crimes (but not all of them), felonies involving great bodily injury being inflicted on a victim, felonies involving firearm use, robbery, some arsons, kidnapping, carjacking, some felonies involving explosives, and any felony punishable by death or in the state prison for life. Logic dictates that any felony not included in the definition of ‘violent felony’ would be a ‘non-violent felony’ for purposes of the initiative.”

The CDAA also notes that, “not all ‘non-violent felonies’ are limited to low-level crimes like drug possession or auto burglary. Proposition 8 provided California with a ‘serious felony’ list passed by voters in 1982. The ‘serious felonies’ list far outweighs the “violent felonies” list that is found in Penal Code section 1192.7(c).

In fact, 56 out of 58 major cities across the State, including Chief’s of Police, District Attorneys and members of the Law Enforcement community stand in staunch opposition to Prop. 57.

Governor Brown, through his ballot committee has contributed over 40% of the $10.5 M raised in support of Prop 57.

Prop. 57 makes for great “political speak” just like AB 109 and Prop. 47 that have proven to be epic fails. So, too, will Prop. 57. Politicians know far more about the salesmanship in peddling bills but far less than law enforcement officials who actually patrol the streets -- your streets.

The choice belongs to voters in November. In today’s current political climate it is difficult to know who is actually telling the truth. But is it really worth gambling away safety in our homes, neighborhoods and schools -- putting our families at risk?

Get the facts on Prop. 57 before you vote because it can’t be undone down the road.

(Katharine Russ is an investigative reporter and a regular contributor to CityWatch. She can be reached at [email protected].) Edited for CityWatch by Linda Abrams.