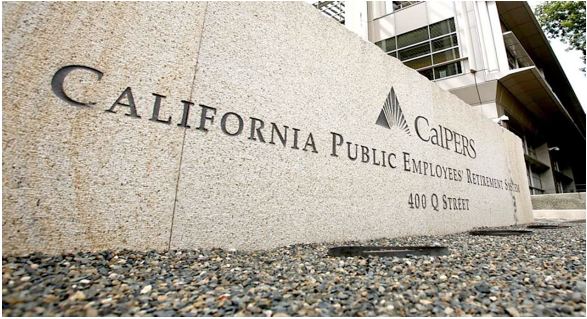 PLAYING WITH CALPERS (PART 3)--Now that we have examined the who’s who of CalPERS Board and Staff in my previous CityWatch articles, how does the system function? On the one hand, we have Board President Rob Feckner; he chairs the general meeting. This is the guy who fatuously remarked upon Fred Buenstroso’s “retirement,” that “he was talking to us for a while about retiring and seeing about doing something else.” Yeah, like going to jail.

Rob’s latest (August 3, 2016) has been a couple of videos and a PR piece entitled, “CalPERS is Well-Prepared for Market’s Ups and Downs.” Sure they are. His written commentary was printed in the Sacramento Bee in response to getting hammered in the press over a 1% return for last year, as well as questions about future returns.

Clearly Mr. Feckner is either living under a rock or he simply functions as a front for the CalPERS staff. I vote for the latter, and that was the reason for my last article on the Executive Staff team structure and the staffing that Ann Stausboll created during her tenure.

There are serious questions as to whether or not the CIO, Ted Eliopoulos, and his Private Equity staffer, Real Desrochers, are up to the job. My favorite blog, Naked Capitalism, has been calling them out for years. Check out this article from Fortune Magazine.

Equally, there are substantive questions as to the legal advice given to the Board by their General Counsel, Matthew Jacobs. At a recent Investment Committee meeting, he gave seriously flawed legal advice about limiting public comment and whether or not it has to be allowed for each agenda item.

The subject matter prompting the bogus advice couldn’t be more important -- dealing with the pitiful rate of return on CalPERS investments, which has formed the core basis of naysayers’ attacks on the pension system. To read about those into details, Naked Capitalism called him out on it in a lengthy and damning piece.

Next, as I wrote some time ago in CityWatch, the hiring process that CalPERS followed in obtaining outside fiduciary counsel for the Board smelled to high heaven and resulted in the Board hiring a sleazeball Florida lawyer named Robert Klausner. He, by the way, isn’t even licensed in the State of California as an attorney, even though he’s been giving the Board legal advice!

It was within this context that I raised the question at the end of last week’s article, as to why CEO Ann Stausboll would suddenly retire at age 59 1/2 -- with the caveat that I am not a part of the 1%, so I don’t know what goes on in the minds of CEO’s making $300,000 per year or above. However, unless you are a safety employee, whose pensions are mostly based on a retirement age of 50, few people in CalPERS or any other California public sector pension plan retire at age 59 1/2. The trade-offs between age and benefit amount are simply too high. The “sweet spot” is usually age 62 and the 100% gold standard is age 65.

Finally, and we won’t know the answer to this question for some time, there is the fact that as her last major act prior to announcing her retirement, Stausboll brokered a real estate deal in New York City; a 51-story office building at 787 Seventh Avenue, to the tune of $1.9 billion. This in a frothy market.

Cracks and Attacks on CalPERS and Defined Benefit Plans in General

Quite aside from CalPERS’ ability to shoot itself in its collective foot, there are fundamental issues here that go to the core of our society and public service.

Remember, the cratering of our economy in 2007/08 by the financial services industry was not a one-off. If it were not for our government and the central bank (The Fed) handing out money at 0% like candy corn, and buying up most of their toxic assets, most of the financial services industry would have gone broke. And they are still being propped up by the Fed and our government, which has failed to jail a single one of the crooks that caused this catastrophe.

Imagine if you and I had access to 0% interest “we don’t care about credit scores” money, and the government would buy up every one of our toxic loans. Wow! Never happen, of course.

So the same forces that tanked our economy have to look around for targets other than themselves to blame. Otherwise, a lot of us might start asking why our 401-k plans that were for “retirement” suddenly lost half their value and were suddenly declared “not a retirement plan,” – so much so that a lot of people may never get to retire.

Well, the last places that actually have tangible assets to strip away are the public sector defined benefit pension plans. So once they stopped playing with hedge funds and private equity scam artists, the relentless move to do away with them really began in earnest.

Of course the end game is not pretty. First, you make these systems subject to ordinary bankruptcy processes. Then you go in, declare them insolvent, strip out the assets, and leave the empty shell and the troops to fend for themselves. After all, bonuses are once a year for the top of the food chain.

Lest you think I am joking, look at private sector defined benefit plans from the big companies back in the 60s and 70s. Corporate raiders like Carl Icahn would go in with their Mergers and Acquisitions buddies, would use borrowed money to buy the companies, then strip the pension plans to pay for the deal, leaving the carcass to rot. Net result: no mas defined benefit plans in the private sector and no pushback from the U.S. government.

To be fair, public employees and public sector management bear a good chunk of the blame for inviting the demise of one of the last decent pension plans in the U.S. I posit two specific areas which offer free low hanging fruit for those who want to go after CalPERS.

First, take the case of the “3@50” pension plan for public safety members -- essentially, police and firefighters. The formula provides that at age 50, these employees can retire with a pension based on taking 3% of their highest years’ earnings, and multiplying it by the number of years of service. With the minimum 10 years of vesting required for full benefits, and 50 years of age, that would mean that the officer/firefighter would receive 30% of highest year’s salary. If you were 20 when you hired on and had worked for 30 years at age 50, that percentage would rise to 90% of your highest years’ earnings for life.

By a couple of other mechanisms, referred to as “pension spiking” and playing with what hours of “work” count towards salary, the dollar amounts for some individuals have reached fairly irrational levels. Take the police officer who suddenly gets “promoted” to Sergeant, or the firefighter who suddenly gets “promoted” to Battalion Chief, each a little more than a year before he or she retires. It all counts in their final compensation number for calculating the retirement amount.

The articulated premise behind the “3@50” formula was that these are very arduous professions, and employees are just plain physically worn out by age 50. Of course, you could make the same argument for hard physical labor like construction or assembly line plant workers.

Some individuals who have really gamed the system offer terrific photo opportunities to attack the entire CalPERS system, even though the average pension for the average employee is more like $3000/month at age 65. And, by the way, many of these employees do not receive Social Security benefits at all, for reasons too complicated for this article.

My second example of low hanging fruit for the naysayers has to do with high level public sector managers. It is not unusual these days for the City Manager of a small city to make something like $300,000 per year or more. And that doesn’t count the brazen crooks like Robert Rizzo, the former City Manager of Bell, now sitting in jail for 12 years in a massive corruption scheme.

When managers start to get paid like CEOs of large corporations, ordinary folks start wondering what the heck is happening to the concept of “public service,” and they have a point. Add to that a spate of corruption charges against high level public managers, and you once again have wonderful photo ops for those interested in taking the system down.

I truly believe that the Times series is ideologically based. Take a look at a revealing section of the first article on The Pension Gap:

“In 2012, Gov. Jerry Brown, a Democrat, persuaded the legislature to raise the retirement age for new employees and reduce their benefits slightly. That will save money decades from now, when those employees retire, but it will not reduce the cost of benefits already locked in for active and retired workers.” (emphasis added)

Similar loaded comments abound in the other pieces. For example, in the one called A CalPERS Primer, we have the ominous header, “Has anyone tried to dilute labor’s influence?” Gee, guess the answer.

And finally, at least until further installments, there is a piece about how CalPERS is faring in the court system, with a clear message that the courts have a duty to reverse existing case law and break the promises made to existing beneficiaries. Read between the lines; what they are really talking about is the ability to reduce the cost of benefits already locked in for active and retired workers. This includes, one presumes, the ability for court ordered bankruptcy and the abrogation of all kinds of things.

What Can Be Done

Believe it or not, there are a couple of things that can be done to slightly modify the current system and allow these plans to survive on a go forward basis. In the last of my CalPERS article next week, I will provide some details and give my reasoning.