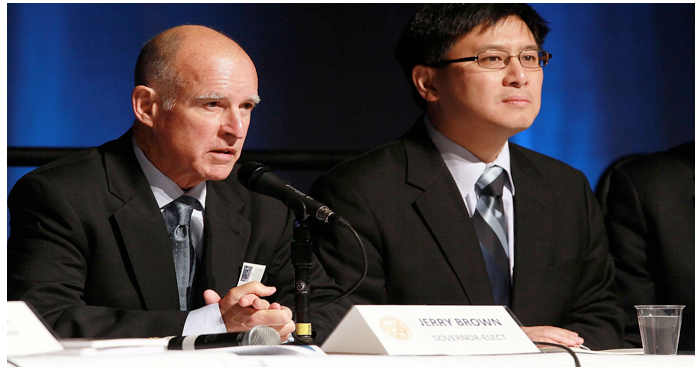 EASTSIDER-My ears always perk up when I hear CalPERS and private equity mentioned in the same breath. Our story starts a couple of years ago, when these words came to the attention of a financial blog, Naked Capitalism, which noticed that CalPERS representations about the wonderful returns on their private equity fund bets simply made no sense.

This is important because, like most pension funds, CalPERS wasn’t able to make the 7.5% returns on investment they had adopted in calculating what they needed to keep the Plan afloat and healthy. Private equity investments are important to the Plan since they are key to their strategy of trying to get high yields on their investments.

And you and I should care about this, ‘cause guess who has to pony up more money if CalPERS guesses wrong? Yup. Members of the plan and taxpayers.

Anyhow, there was much controversy over CalPERS’ refusal to provide public information about their private equity holdings and the actual returns on them. At the time, I wrote about the blatant misrepresentations by CalPERS staff as they tried to pretend that they were actually making a ton of money from investing in Private Equity deals

Ultimately, the mess got so bad that respected national figures were all questioning the real returns of private equity partnerships, after all the hidden fees were taken into consideration. Thirteen public officials from all over the United States even wrote a letter to the Securities & Exchange Commission. Finally, the California State Treasurer, John Chiang, weighed in and initiated legislation to curb the abuses. I got so excited that I wrote a piece called “John Chiang Steps Up.”  The Bill is AB 2833, and was actually authored by Assembly person Cooley.

Imagine my reaction when a recent LA Times article wrote a very unflattering piece over CalPERS, private equity, and by implication, John Chiang his own self.

Even though the Times article gets a bit mixed up trying to balance things by quoting an alleged law professor from UCLA, whose credentials are suspect, the point is clear: this is the old ‘bait and switch’ kind of legislation that the California Legislature is (in)famous for.

Which brings me to a point about politics. Here’s how it played out: As Treasurer of the State of California, John Chiang automatically has a seat on the 13-member CalPERS Board. Late last year, he actually intervened in the private equity mess by getting AB 2833 (Cooler) introduced. Since Chaing was busy Treasurer, he sent a representative, Grant Boyken.

So why would his representative at the CalPERS May Board meeting, basically lie through his teeth to the Board about negotiations between the Treasurer’s Office and the Bill’s author over proposed amendments to AB 2833?

These amendments, it turns out, gutted the bill once Boyken got the Board to support it “if amended” -- but without specifying what those amendments would be. And they were amendments that Boyken clearly knew about when he made his representations to the CalPERS Board. Heck, one of the Bill’s original drafters and supporters even testified to that effect. Here’s the link to a detailed article detailing how Grant Boyken Duped CalPERS Board.

Not only did the Treasurer’s Office mislead the CalPERS Board, their representative doubled down with his mealy-mouthed responses to the LA Times questions.

There is only one logical explanation for all of this intrigue. Last year, John Chiang was simply the State Treasurer. This year, John Chiang is a candidate for Governor of the State of California. Do the math. As his deputy, who, by his own admission, is deeply involved in the negotiations between the Treasurer and the author of AB 2833, there is simply no way that Grant Boyken was unaware of these pending amendments when he misled the CalPERS Board.

The shame about CalPERS support of AB 2833 is twofold. First, it shows that there is not a lot of due diligence done by either staff or the Board itself on the subject of private equity funds, and that is scary. Remember, as the Orange County Register recently reported, CalPERS annual return on investment for this year is going to be essentially zero (0) percent -- even as the Board is looking for a 7.5% return to make their books balance.

Secondly, it’s a real disappointment to see the political machinations of a man I viewed as the only “grown up” in the field of candidates for Governor -- John Chiang. Think about it. My reasoning starts with Jerry Brown who has been the only counterbalance to the tax and spend democratic super majority for his entire term of office. Even the Howard Jarvis folks have as much as admitted it.

So who exactly is going to step up and fill that gap when Brown leaves? Gavin Newsom? Antonio Villaraigosa? Eric Garcetti? Give me a break. Chiang is a very smart and savvy politician who comes out of the financial side of politics and actually knows how to count. What a concept. And nobody that I know of except Chiang has the chops to successfully stand up to the Democrats when Brown terms out. The sudden bait and switch on AB 2833 shows the money power of the private equity crowd and their lobbyists, politicians and camp followers. Yuck!

By the time you read this article, CalPERS will have had their July meeting, and we will see how their brand new shiny Executive Director, Marcie Frost, and their seemingly inept investment staff, as well at the problematic Board of Directors, handle this problem. Or if they do at all.