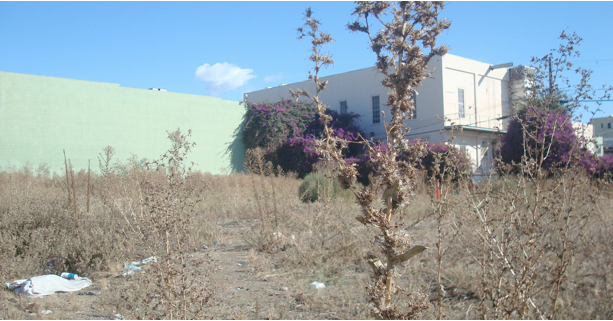 GUEST WORDS--Hardly anybody outside of city government has heard of the 2015 Urban Water Management Plan, but this obscure document has huge implications for the future of Los Angeles.  The DWP is set to adopt the 2015 UWMP on June 7, in spite of the fact that the picture it gives of our water resources is largely inaccurate.  What's more, it's likely that city officials will use the DWP's absurdly optimistic projections to greenlight even more reckless development.

For those who aren't familiar with the process, the preparation of the UWMP is mandated by the State of California.  Every five years, water agencies are required to create a plan that shows how they're managing their water resources.  It makes perfect sense.  I'm sure everyone reading this understands how important it is that we practice effective stewardship in this area.

Unfortunately, the phrase "effective stewardship" doesn't really come to mind leafing through the draft of the 2015 UWMP.  A better phrase to describe the authors' conclusions would be "completely divorced from reality".  But let's start with some facts....

Here in LA we only get about 10% of our water from local sources.  Almost 90% of the water we use comes from outside LA, most of it the result of runoff from snowpacks in the Sierras and the Rockies.  Here's the bad news.  According to the Environmental Protection Agency, between 1955 and 2015, April snowpacks in the Western United States declined 23% on average.  In other words, if you're thinking this is a cyclical drought and everything will get back to normal in a year or two, think again.  The snowpacks have been declining for decades, and all the current data indicates the trend will continue.  This means that the sources we rely on for almost 90% of our water are shrinking steadily.

The 2015 UWMP acknowledges that we're getting less water from the Sierras, and that deliveries from the LA Aqueduct have been drastically reduced.  During the 2014/2015 period, the LAA brought us less than 14% of what it delivered during the same period 30 years ago.  And do you know how much water we got from the Aqueduct between April and September 2015?  Not a drop.  The LAA was dammed for months to comply with an agreement we've made with the people in the Owens Valley.

So how are we going to replace the water we used to get from the LA Aqueduct?  The 2015 UWMP offers the usual talk about recycling and stormwater capture, both of which are certainly important, but I’ll talk about that later.  Right now, let’s focus on this section from the Executive Summary under the heading Water Transfers.

“LADWP plans on acquiring water through transfers of up to 40,000 AFY [acre feet per year] to replace a portion of the Los Angeles Aqueduct (LAA) water used for environmental enhancements in the eastern Sierra Nevada. The City would purchase water when available and economically beneficial for storage or delivery to LADWP’s transmission and distribution system.”

The problem with this is, there’s no guarantee that the Metropolitan Water District, or any other water agency, will be able to spare 40,000 acre feet every year for the next 25 years.  The UWMP mentions transfers of water originally intended for agriculture in the Central Valley.  What?  Have they seen the photos of landscapes collapsing due to overpumping?  Are the farmers in the Central Valley just going to hand over 40,000 AFY?  To back up its claims, the 2015 UWMP offers a chart titled “MWD Forecast Supplies of Groundwater Storage and Transfers in 2040, Average Year (1922 – 2004 Hydrology) “.  Note the dates in parentheses.  They’re basing their calculations on conditions that existed well before the current crisis began.  And they’re using those figures to project water supplies 25 years into the future.

Let’s move on to groundwater.  Historically the city’s aquifers have given us 10% to 15% of what we use in a year.  But according to the 2015 UWMP, we can boost that to almost half our supply by 2040.  Check out this statement from the Executive Summary.

“The exhibits show that the City’s locally-developed supplies will increase from 14 percent to 49 percent in dry years or to 47 percent in average years.”

This is a pretty amazing statement.  But it’s this next sentence that really knocked me out.

These local supplies are not influenced by variability in hydrology, and will become the cornerstone of LA’s future water supplies.

To say that our groundwater resources are not influenced by variability in hydrology is absolutely untrue.  It’s a ridiculous claim, and the people at the DWP know it.  Groundwater in LA, just like groundwater all over the world, is subject to constant variations in hydrological conditions.  This is especially true in the Western US given the ongoing changes happening to our climate.  For the DWP to make this statement at all is absurd, but to put it in a document that will be used in planning for the next 25 years is incredibly irresponsible.

Adding to the uncertainty about our groundwater resources is the fact that about half of the wells in the San Fernando Valley are currently closed due to industrial pollution.  The DWP is planning to build treatment plants to purify the water from these wells, but nobody knows when they’ll actually break ground.  At this point they don’t even have the funding lined up.

And this leads us back to the DWP’s plans for recycling and stormwater capture.  There’s no question that we need to pursue both aggressively.  To its credit, the DWP has already made some progress in both areas, and has ambitious plans for the future.  But let’s not kid ourselves.  At this point, the DWP’s recycling and stormwater capture programs are in their infancy.  The majority of the projects listed in the 2015 UWMP are still in the planning stages.  Making them happen is going to be a long, complex process.  The DWP rate increase will help, but nobody knows what the eventual cost will be.  Getting approvals for these projects will require cooperation from private interests and government agencies.  In other words, talking about these projects is a lot different from actually making them happen.  The 2015 UWMP claims that we’ll be getting half our water from local sources by 2040, based in large part on the assumption that all their plans for recycled water and stormwater capture will go without a hitch.  That’s simply not going to happen.

To put all this in context, it’s not news that the City of LA is inflating its claims about access to water.  We’ve been doing it for decades, and so have many other cities all over the Southwest.  Why?  In order to promote development.  If you want to get investors to back construction in your city, you have to guarantee that they’ll have access to all the water they need.  So the 2015 UWMP is really just the latest chapter in our long history of lying about our water resources.

Then why does any of this matter?  It matters because the situation has changed.   All through the 20th century, whenever we needed water we’d just reach out and grab it from somewhere else.  The LA Aqueduct, the State Water Project and the Colorado River Aqueduct were built to support development in rapidly growing cities throughout the Southwest, with LA being the biggest customer.

The problem is, we can’t do that anymore.  The snowpacks in the Sierras and the Rockies are shrinking.  Water flowing through the Colorado River is declining.  Farmland in the Central Valley is collapsing.  And for the first time in its history, the LA Aqueduct has gone dry.

This is why the DWP Board of Commissioners must not adopt the 2015 UWMP at its June 7 meeting.  For them, voting to approve this largely fictional document is just business as usual.  It’s what the City of LA has been doing for decades in order to insure that City Hall can justify any amount of development.  I’m not arguing that we should halt development.  What I’m saying is that we need to plan for future development based on a realistic assessment of the water resources we actually have.  The 2015 UWMP is far from realistic.

Let me put this as simply as possible.  We need water to survive.  LA, along with the State of California, is in the middle of an unprecedented water crisis.  If we don’t change the status quo and take a long, hard look at reality, we could end up compromising resources that are crucial to LA’s survival.

This is serious, folks.

(Casey Maddren was born in Los Angeles and has lived here most of his life.  He tries to capture as much of the city as he can in his blog, The Horizon and the Skyline.)