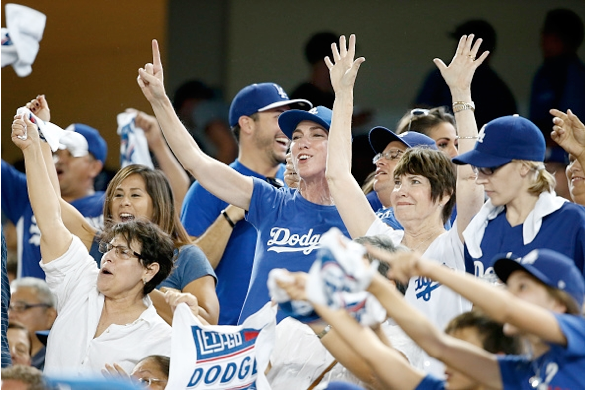 LATINO PERSPECTIVE-In case you didn’t know, more than a quarter of Major League Baseball players are Latino. What many more of you may not know is that engaging Latino audiences is now a priority for the MLB, as they make up almost half of some teams' fanbases.

In 2015, the League wanted to reach out to Latino fans so they promoted the campaign 'Aqui,' a series of 30 and 60-second spots that runs on ESPN.

When Communications Specialist Gretchen Gardner spoke to the LA Dodgers’ Spanish Media Sales Manager Jesse Nunez, he said "The affinity to the team is very much a part of the fabric of what it means to be a Latino in Los Angeles, and as families transition from immigrants to residents they become a part of that fabric, and as such, their interest in the Dodgers becomes more and more solidified."

Teams like the Dodgers are essential to helping the League succeed in this effort: of 3.9 million fans in attendance at Dodgers games last year, 2.1 million were Latino. So it's fair to say that the Dodgers have been tackling the task of building long-lasting relationships with Latino audiences for far longer than the League has.

The Dodgers seek a balance of targeted marketing campaigns, sponsorship deals and community outreach in their campaigns to build lasting relationships with its current and potential Latino fanbase. In terms of traditional outreach through sponsorships, Nunez told Gardner that targeting Hispanics this way is a priority, but that "everyone in the corporate partnerships team is well-versed in the opportunity that exists with the Dodgers' Latino fanbase." For the Dodgers, the surest way to Latinos' hearts is through their communities.

"Dodgers have an extensive community outreach program from within the organization directly through the Community Affairs Department, as well as through its Dodgers Foundation." According to Nunez both of those entities are "extensively" involved with the community-at-large, which is significantly Latino. "These initiatives have been a part of the Dodgers outreach [for] many years before the Commissioner viewed youth outreach as a priority to reach Latinos," said Nunez.

The Dodgers Foundation, run by Nichol Whitman, has implemented an array of community projects, such as the Dodgers Dreamfields, through which over 37 of 50 youth baseball fields have been completed with a $5 million investment. The Dodgers RBI Program (Reviving Baseball in Inner Cities) provides youth baseball and softball coaching, education, health resources, uniforms, equipment and grants for 4,000 kids in LA.

The team also conducts much of its outreach through the Community Affairs department, led by Naomi Rodriguez, organizing groups like the Kids 4 Dodgers Baseball, presented with Nike to serve low-income youth and their families who have a hard time paying to attend games. These families receive tickets, transportation to and from the stadium, "Dodger Dollars" and a t-shirt. This program helped over 20,000 kids last year alone.

Nunez also said that the MLB and Dodgers' focus on Latinos all boils down to making them feel welcomed and at home with baseball. “We want to emphasize all of the magical things that happen in and around the game. We’re trying to capture the idea that Latinos in the U.S. have an opportunity for greatness ‘Aqui,’ here, with Major League Baseball," LatinWorks President and Chief Creative Officer Sergio Alcocer said.

Nunez highlighted that Los Angeles' Latino community is not only large, but also mixed. Some have grown up in Los Angeles and some are more recent transplants. Some have grown up with baseball fever - either in or out of Los Angeles - and some haven't. The Dodgers team wants to embrace them all. "We are beginning to capture the folks that perhaps didn’t have a strong baseball heritage in their country of origin as they become more acculturated as Latinos in the first, second and third generations," said Nunez.

(Fred Mariscal came to Los Angeles from Mexico City in 1992 to study at the University of Southern California and has been in LA ever since. He is a community leader who serves as Vice Chair of the Los Angeles Neighborhood Council Coalition and sits on the board of the Greater Wilshire Neighborhood Council representing Larchmont Village. He was a candidate for Los Angeles City Council in District 4. Fred writes Latino Perspective for CityWatch and can be reached at: [email protected]) Edited for CityWatch by Linda Abrams.