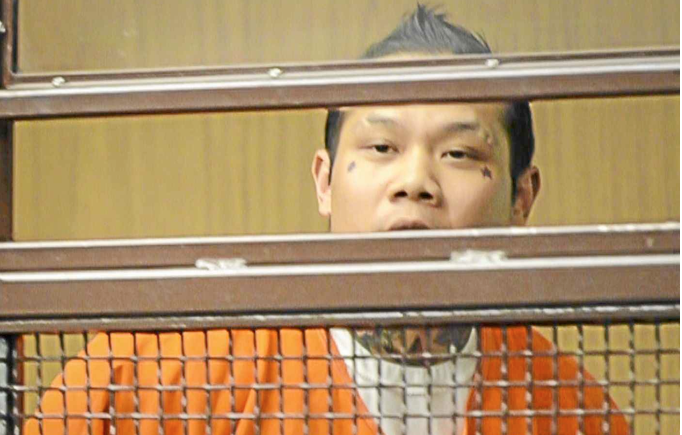 LAPD INSIDER-On January 28, 2016, Los Angeles Police Department (LAPD) Chief Charlie Beck unilaterally disbanded the Parole Compliance Units (PCU) within all divisions of the LAPD and ordered that those officers assigned to the PCU be redeployed to patrol assignments. That was the Unit that specialized in conducting checks on early release "non-violent, non-serious" offenders.

Each and every day approximately 170 specially trained PCU police officers conducted compliant checks and searches on these criminal offenders and convicted felons to ensure that they were in compliance with their probation under Governor Jerry Brown’s Public Safety Realignment Act (AB 109). During these searches, officers have recovered firearms, stolen goods, illegal drugs and have arrested absconders.

Brown’s public safety realignment program was specifically designed to ease overcrowded conditions within prisons and to save the state money. It totally disregards public safety, shifting the responsibility for monitoring these criminal offenders onto various County probation Departments that are already overworked, understaffed, underfunded and undertrained. LAPD established their PCU in response to the large number of offenders now under AB 109 who are being arrested for new criminal offenses classified as very violent and serious.

Ka Pasasouk (photo above) was just one of many notorious examples of why this unit was needed. In September 2012, a Van Nuys Judge refused to look at his violent criminal convictions, gave him a slap on the wrist for his probation violations under AB 109, and released him back into the community. His assigned probation officer made a recommendation that he be returned back to state prison. Four months later he viciously executed four innocent people. Pasasouk was found guilty for the four murders last week and has been sentenced to death. (Interestingly, of over 900 inmates on death row, only 13 have been executed since 1978.)

A recent rally in the Harbor Division highlighted the demand for more patrol officers. Protesters called for opening the new jail built in 2009 in order to cut down travel time for officers who must now drive to 77th Division to book arrested suspects. The ability to fulfill recent promises and finally open the jail -- three years from now -- will come down to the very reason it never opened in the first place: money.

The Chief's actions followed the LAPPL’s public disclosure that “the West Los Angeles Division only deployed two patrol cars on January 27 and three patrol cars on January 28 to respond to emergency 911 calls for an area covering over 65 square miles, 748 street miles with a population of 228,000 from 5:30 AM to 10:00 AM….The dangerously low patrol staffing levels come amidst a citywide rise in crime, which has seen violent crime rise 20.2%, property crime rise 10.7%, robbery rise 12.5%, and auto theft rise 17.1% from 2014 to 2015.”  (Source: LAPPL)

Beck knowingly violated a Memorandum of Understanding (MOU) between the City and the LAPPL.

Craig Lally, President of LAPPL, wrote to Beck regarding his decision to disband the PCUs: “As you should be well aware, Article 1.7 of the Memorandum of Understanding between the League and the City clearly states that the responsibility for management of the City and the direction of its workforce is vested in City Officials and department heads whose powers and duties are specified by law. The Department has the obligation to meet and confer with the League regarding the impact of those decisions on its members.”

After deploying 170 officers back to routine patrol, Beck proposed the hiring of 70 police officers to expand the “Community Relationship Division” (CRD) established in 2015 under Captain Ruby Malachi.

He claimed that taking high-ranking officers and patrol officers off the streets for the “new” CRD will “make the LAPD a leader in building relations, building trust and building empathy between the Department and the people in the City of Los Angeles.” Those officer’s roles have been nothing more than photo-ops and power-point presentations in several communities throughout Los Angeles. These are positions that should be assigned to civilians.

What Beck doesn’t say is that every division already has a staffed Community Relations Unit. Any effort to staff another CRD would do nothing but duplicate what is already in place, leaving the public-at-large in potential danger.

Beck is out of touch with most heads of various law enforcement agencies in Los Angeles who believe that the passage of AB 109 and Prop. 47 have contributed to the increase in violent crime, gang shootings and other crimes. His decision to disband the CPUs was fool hardy and irresponsible.

In 2010, shortly after two police officers were injured by a hard-core gang member, Beck wrote a letter to the California Department of Corrections demanding to know how Javier Rueda, released from state prison for a firearms conviction, had been transferred to Non-Revocable parole status and classified as a low-level, non-violent criminal offender. Rueda had been misclassified as a low-level offender.

In June 2012, Beck was against AB 109 (before he was for it) and voiced his opinions at a forum at Pepperdine University. Beck echoed the sentiments held by dozens of police chiefs across the state in 2013 as they spoke out about AB 109 and the dangers that such a law posed to citizens and business owners.

But somewhere between being a law enforcement officer and becoming a politician, his opinions changed. Gov. Jerry Brown has now proposed a ballot initiative that would allow more inmates convicted of non-violent offenses to accumulate credits that would make them eligible for early release. Beck supports the Governor’s new controversial plan. He told reporters, “California currently keeps the wrong people incarcerated for the wrong period of time. I think that this will effectively open up bed space for those who richly deserve to be there."

Beck is well aware of how plea agreements work prior to sentencing, just as he knows how many of those incarcerated prior to their plea agreements actually committed violent criminal offenses that were negotiated down to save the courts the expense of a trial.

Police officers are speaking out about Beck’s failures as well. One officer said, “The issue is that we don't have enough people doing police work to ensure public and officer safety. Instead of borrowing from Peter to pay Paul and playing a shell game in front of the public, they need to tackle the real problems. Instead of hiring expensive police officers, they need to concentrate on hiring civilians to free up police officers who are doing civilian work (i.e. jails). And last but not least, they need to have minimum staffing levels the way the fire department does and allot appropriate overtime to maintain that (clearly that works for the fire department). Fixing these three issues would be monumental in positive deployment for patrol.”

It boggles the mind as to why Beck would endorse Governor Jerry Brown’s proposal to grant early release to even more inmates classified as non-violent, low-level criminal offenders from California state prisons.

And why Beck took it upon himself to disband a unit that kept track of released and/or misclassified inmates in the first place defies all sound and logical judgment.

Residents and business owners need to contact Mayor Eric Garcetti, members of the Los Angeles Police Commission and LA City Council members to insist that Beck reinstate the PCU within each and every LAPD Division, as well as disband his new Community Relationship Division. Lives could depend on it.

Katharine Russ contributed to this artical and is an investigative reporter and a regular contributor to CityWatch. She can be reached at [email protected].) Edited for CityWatch by Linda Abrams.