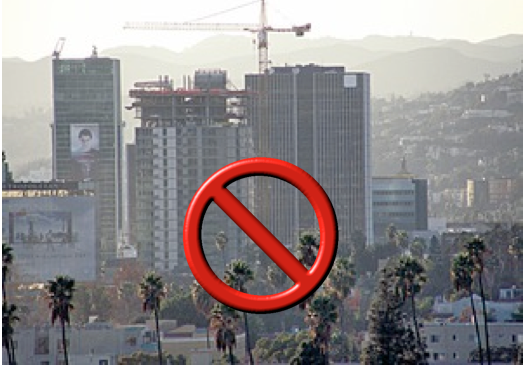 DEEGAN ON LA--Last Sunday was not a day of rest for Jill Stewart, the Campaign Director of the just-launched Coalition to Preserve Los Angeles who said the same thing to a group of 45 community activists and in a video interview for the newsletter of a major residential association: “The (CPLA’s) Neighborhood Integrity Initiative ballot measure will stop the “back-room” deals between developers and council members.”

If this is her approach in the first week of her new job, her calling card to announce that she is here and ready for a fight, activists, developers and politicos may be in for a bruising confrontation over who has the say about land use and development in our city: the people that live here, or the politico-enabled developers. Stewart was formerly the longtime Managing Editor of the LA Weekly.

The clock is ticking. Signatures are being gathered. A showdown looms. On Election Day, November 8, 2016, voters may be asked to vote for a ballot measure attacking the current system with these three key objectives: (1) it stops developers from hiring consultants to do their own EIR (Environmental Impact Report). The city would hire the consultants, but developers would continue to pay for them. (2) It prevents developers from making huge slashes in the parking requirements for their projects, and (3) It calls for a two-year “time out” on all developments that do not conform to the city’s zoning.

Stewart was specific and emphatic when she announced that “This (the ballot measure) will not stop development; there is a tremendous amount of zoning that is legal, and those developments will not be affected.”

If her ballot measure campaign is successful, and it very well could be with the help of every-day citizens that are fed up with the abuse that developers and politicos have wreaked on our neighborhoods. The potential success at the ballot box is making the vested interests very nervous and, if successful, many of the lap dogs will be disconnected from their leashes. Politicos will no longer be providing the bark for their developer handlers. A serendipitous collateral benefit to zoning reform may be campaign financing reform.

A sampling of what Stewart says, in full in the MMRA interview is that “The Neighborhood Integrity Initiative will stop the “back-room” deals between developers and city council members to blow out the zoning and build something more sizable that hurts neighborhood character, and is terrible for traffic congestion, and is wiping out a lot of affordable housing.”

That “spot zoning” is parcel-by-parcel rezoning at the behest of a developer and the concurrence of the council member in that district. It’s the developer thinking it up. It’s not city planning and does not align with the overall general plan”. It’s like an outlier.

“This (spot zoning) is driven by developers”, says Stewart, "it’s the developer thinking it up and it’s driven by the developer’s desire for profits. And, those developers are giving money to the city council. It’s no way to run a city, and we’re going to stop it, and force them to go back to a plan, a real strategic General Plan for Los Angeles”.

Concluded Stewart, “We think voters are going to approve this (NII ballot measure)”.

It’s going to be a long hot summer, and it’s only February.

(Tim Deegan is a long-time resident and community leader in the Miracle Mile, who has served as board chair at the MidCityWest Community Council, and on the board of the Miracle Mile Civic Coalition. Tim can be reached at [email protected].)