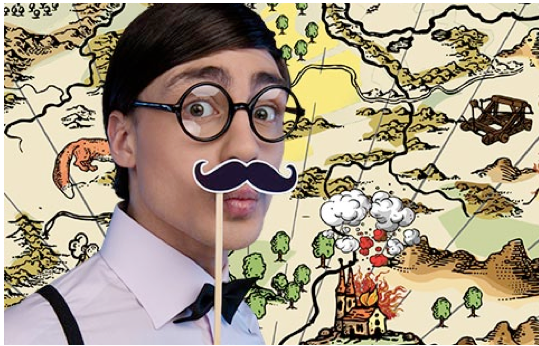 GELFAND’S WORLD--The Long Beach Opera is opening its new season with a hit -- Leonard Bernstein's Candide. It's kind of a Broadway musical and an operetta all wrapped up into one. It has a series of hummable Broadway-type melodies alongside music that is reminiscent of earlier European opera and light operetta. As stage director David Schweizer explained, Bernstein was doing homage to numerous styles and traditions. This approach is risky, because it can fail or succeed spectacularly. Candide is still perfo rmed because it manages to walk the line artfully, through everything from south American dance music to a Mozartean-sounding soprano aria.

What LBO does with the written text and the score is what makes it different as a company. In short, LBO is the opera company that dares to be and do differently.

Robin Buck and Suzan Hanson continue their careers as company stalwarts. Todd Strange plays the title character Candide, bringing a most engaging voice. His love interest Cunegonde is played by Jamie Chamberlin, who manages her role ably. Additional cast members include Roberto Perlas Gomez, Danielle Marcelle Bond, Arnold Livingston Geis, and Zeffin Quin Hollis. They get to play numerous roles and perform in ensemble numbers. Bond is fetching as she plays the character Paquette, the whore with a heart of bronze, if not quite of gold.

LBO stages the first half of Candide as if it were a rehearsal. Robin Buck is both the director and one of the main characters. As the show begins, he chooses who will play what (to the obvious distress of the losers) and then appoints the remainder to other roles. Bringing the stage director into a show as a role is nothing new of course, as Our Town and later plays demonstrate. And interpreting an opera a little off kilter from the text is nothing new to the modern audience. There is a whole tradition of this in modern European productions.

But you've got to get it right. There are lots of ways to get it wrong, and some of those other productions have shown this to their own embarrassment. So it's always a joy to see an artistic group twist things just enough to make them different, to do a little mind bending, and in so doing to bring out new elements of the script.

This approach works well most of the time for Candide. For instance, in an early routine, the crew and idle cast members, in keeping with the presentation as a working rehearsal, watch from the back as two performers do a love song. This creates a certain emotional distance, since we are reminded that at some level, this is not quite reality. But it is at least an honest attempt to create one.

This distancing is gradually removed. It is replaced by full company numbers, and this allows the powerful emotions of the later numbers to come out more strongly.

The final number, Make Our Garden Grow, is lyrical and triumphant. An immediately preceding number, What's The Use, is strongly rhythmic and comedic, while remaining, to use the modern term, an intentional downer.

That's my report, and you can stop here if you like. But if you are interested in the 18th century philosophical struggle that led to the book Candide upon which the opera is based, stay with me.

First, I'd like to introduce you to an author who writes a fascinating blog about medieval and Renaissance thought.  Ada Palmer is now at the University of Chicago, and the blog post I'm linking here is about the development of skepticism as an intellectual movement. That's where Candide comes in, because Palmer writes about the philosopher and author Voltaire, and how his response to great suffering such as the Seven Years War and the Lisbon Earthquake brought him to write a poem in protest, and that poem was read all over Europe.

You have to go quite a ways down that blog post to get to Voltaire, but allow me to summarize the argument made by Leibniz that caused skeptics such as Montaigne and Voltaire to rebel. Borrowing from Palmer's blog, the Leibniz argument:

This is the best of all possible worlds.

The experiences of life, including catastrophes such as the war and the earthquake, would naturally lead to skepticism (at least of some sort) in moderns, but it took a long journey through medieval theocracy to get there. Voltaire seems to have been the one who made the Leibniz formulation into more of a joke than a believable doctrine.

Voltaire wrote Candide and published it under a pseudonym in the mid-1700s. It is variously described as a semi-pornographic, satirical adventure story, or as a deep satire intended to demolish a once-popular theological argument set forth by the philosopher Leibniz.

A Broadway musical linked to a 1759 novella, itself based around a medieval philosophical argument? It seems strange, but Voltaire's story involves deeply human questions, the most central being, why is there such misery and suffering in what is supposed to be God's creation?

Leibniz's argument is sometimes described as optimism. The philosophical idea is only a little oversimplified by the phrase "All's for the best in this best of all possible worlds." Everything has a purpose, and even suffering and evil are really part of a perfect creation.

One precipitating factor for Voltaire's intense reaction to optimism was the event we refer to as the Lisbon earthquake. It was actually an offshore quake that killed tens of thousands and created a massive fire. In addition, the resulting tsunami did its own damage. It was The Big One we anticipate, but more so, and without modern technology to prevent massive loss of life.

In short, the Lisbon quake was the sort of event that provoked theological doubt in an era that was ready for it.

Candide, both as eighteenth century novella and as modern musical theater, begins with a naive young man named Candide who is raised and educated in the philosophy of optimism described above. Voltaire creates a character named Dr Pangloss who teaches this philosophy to Candide and his fellow students. This is the best of all possible worlds, and anything you can think of that seems bad or wrong is actually to the good. The characters in Bernstein's Candide sing the line that all's for the best in the best of possible worlds, and Dr Pangloss illustrates the argument with examples both illogical and comedic.

At the beginning of the story, Candide, Pangloss, and various love interests live together in a castle in an edenic lifestyle of wealth and power. Maybe there's something to this philosophy after all. But things rapidly turn sour for the young Candide, as he is banished from the castle to live a life of wandering, privation, and sorrow. Over the years, he finds his lost love Cunegonde, loses her again, finds her again, and so on. He gains wealth, only to lose most of it. His childish belief that all's for the best is continually being challenged, but he lacks the intellectual tools, and even the words, to find an alternative line of thought.

Eventually Candide and his friends reject both optimism and its mirror opposite (you might call it pessimism) and agree to settle down to a simple life and "make our garden grow."

The LBO season starts with Leonard Bernstein's musical Candide, and goes on to Fallujah, a story of an American Marine recovering in a veterans' hospital. LBO then goes on to Poulenc's La Voix Humaine, the story of a woman trying to converse over the telephone with the lover who is marrying someone else the very next day. The company finishes the first half of 2016 with something called The News, which is described as a Video-Opera that parodies a society addicted to the 24 hour news cycle.

Candide will play again next weekend, Jan 30 at the Long Beach Opera.