LOS ANGELES (January 10, 2017) A new adventure documentary filmed across 20 locations worldwide, A Plastic Ocean premieres at the Laemmle Ahrya Fine Arts Theater, 8556 Wilshire Blvd., Beverly Hills, CA, on January 17th, 7:00pm, at a screening hosted by Plastic Pollution Coalition (PPC).  A Plastic Ocean will be available for rent or download on iTunes on January 20, 2017, and for rent on Amazon the same day. It brings to light the consequences of our global disposable lifestyle, along with realistic solutions to plastic pollution.  “Worldwide, we use an estimated 1 trillion plastic bags each year - nearly 2 million a minute - with the use time of a typical bag just 12 minutes.”

A Plastic Ocean is an epic global adventure following documentary filmmaker Craig Leeson and world record free-diver Tanya Streeter as they travel the earth, investigating how our addiction to plastic is impacting the food chain (“The ocean is the world’s largest source of protein.”) and how that is affecting every one of us through new and developing human health problems.  “A Plastic Ocean” is filmed with beautiful and chilling detail, documenting the global effects of plastic pollution and introducing workable technology and policy solutions that can, if implemented, begin to change one of mankind’s most destructive inventions.

“The most important film of our time,” states Sir David Attenborough.  “Young people – they care. They know that this is the world they will grow up in.

"Plastic Pollution Coalition is excited to be leading local conversations around A Plastic Ocean; a stunning and moving film providing a launching point to address the extent of the worldwide plastic pollution problem; viable solutions which include source reduction, extended producer responsibility, packaging redesign, and progressive government policies; and the real need for inclusiveness in the global movement to break free from plastic,” says Dianna Cohen, CEO and Co-Founder of PPC. 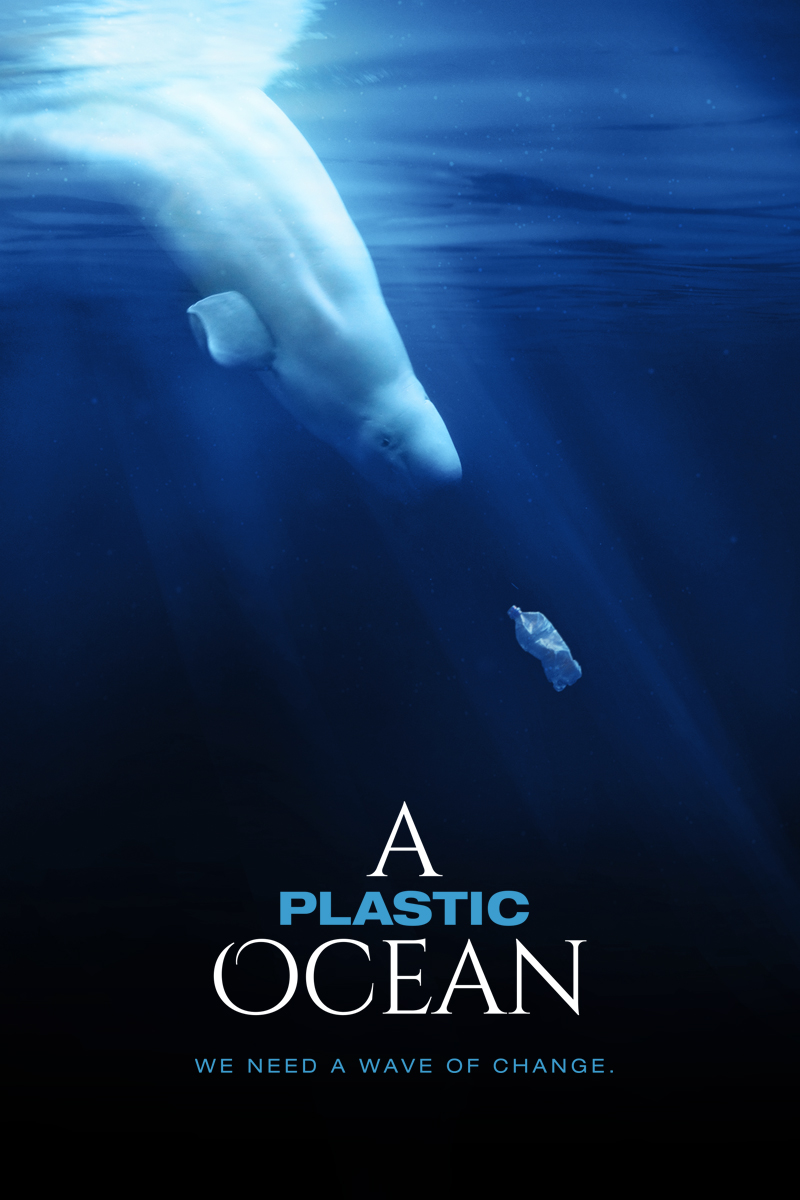 The film is produced by Adam Leipzig (March of the Penguins, Dead Poets Society) and by Jo Ruxton (Blue Planet), founder of Plastic Oceans Foundation, which is responsible for A Plastic Ocean.  For the complete global film team—from the UK to Hong Kong—please visit http://www.plasticoceans.org/film-team/.  Mr. Leipzig will be attending, along with Julie Andersen of the Foundation.

Plastic Oceans Foundation, which engaged local partners around the world such as Plastic Pollution Coalition in L.A., is an international charitable organization based in Hong Kong with offices in the U.S., U.K. and Canada.  The Foundation aims to limit the demand for non-essential plastic, using the ocean as a litmus test to monitor the impact of this man-made pollution crisis on human health.  Their mission is to change the world’s attitude to plastic in one generation, and their film - A Plastic Ocean - is the catalyst for that change.

A group of over 40 for- and non-profit companies and municipalities have signed on in support of this film, and are noted at the film’s conclusion, including Adidas, O’Neill, 5 Gyres, Ocean Foundation, Intergovernmental Oceanographic Commission of UNESCO, the City of Vancouver, and many more.

3) Street Parking on Wilshire Blvd. after 7:00pm; and limited on nearby streets