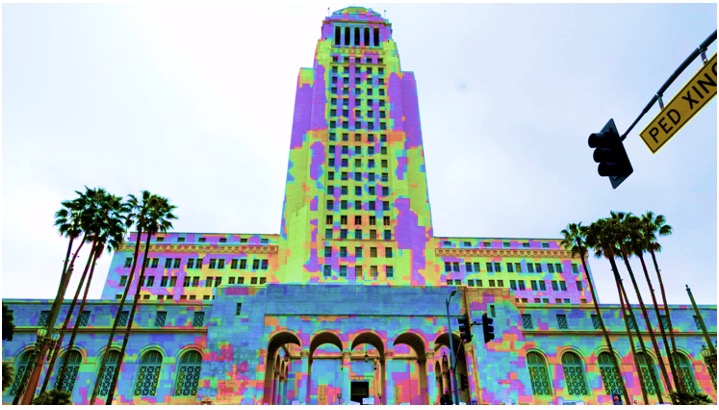 THE EASTSIDER - Last Saturday the LANCC (Los Angeles Neighborhood Council Coalition) met in a hybrid Congress, including a Panel of CityWatch authors, including yours truly.

Unsurprisingly, my observation was that since the NC system actually got underway in the early 2000s, most of my articles have really chronicled the transition from a grassroots bottom up organization holding the elected officials feet to the fire, into a neutered and and authoritarian entity under the stewardship of Raquel Beltran and her rubber stamp BONC (Board of Neighborhood Commissioners).

It also got me thinking...

Also, over time there were less and less DONE staff members attending the meetings, and those who did were often more interested in restricting what a NC Board could do than in supporting them in holding the elected officials’ feet to the fire.

The pandemic the perfect opportunity for DONE to shift to Zoom meetings, where they could take the money spent in open meetings of each NC,  and use it to build a top down bureaucracy restricting speech of the Neighborhood Council Boards.

Instead they could use the money to establish rules and regulations designed to restrict free speech.  Folks like me who are not on a NC Board have absolute free speech to say whatever we want, as readers of this column know, whereas those populating the Neighborhood Councils are straightjacketed into following a myriad of nonsensical rules and regulations before being allowed to do their job under the Charter.

Actually, when you think about it, most of the Neighborhood Councils existence has been under two Mayors; Antonio Villaraigosa and Eric Garcetti, and neither was a fan of the Neighborhood Councils.  After all, the Councils were established to hold the Mayor and the City Council in check for their slimy 15-0 vote trading system that allows developers to own our City instead of the residents.

For example, most people have forgotten that Antonio decided to curtail the NC system in 2010 by combining DONE and the Community Development Department into one entity.  As the LA Weekly put it:

“Los Angeles Mayor Antonio Villaraigosa on Monday announced he's folding the Department of Neighborhood Empowerment and the Community Development Department into one entity in order to shave 27 positions from the ailing city budget.

Some activists, however, were up in arms, as Neighborhood Empowerment was created to support the city's more than 80 neighborhood councils that were entitled in 1999 to provide grassroots input on City Hall decisions. The baby councils woke up to the city's latest budget crisis much faster than the mayor and City Council, for example, holding an emergency meeting in early January. The council only last week voted to have the City Attorney return to it with language declaring the city is in a state of fiscal emergency. At least on the budget, the tail was wagging the dog.

So it's no surprise that some see an anti-neighborhood council conspiracy in Villaraigosa's move to trim its City Hall patron department. ” … The response of the Mayor and Council is to crush them,” writes blogger and former Daily News editor Ron Kaye. ” … To take away the small amount of money doled out to them. To take away the small staff that supports them.”

Grayce was an ‘interim’ GM until Antonio finally gave her the gig in 2012. She continued under Eric Garcetti when he became Mayor in 2013, having practiced for the role as President of the City Council from 2006-2012.

My take on Garcetti as Mayor is that he was initially all in, with his a goal of capturing the  2024 Olympics, and he gave it his best shot.  In fact the whole thing was so complicated that it wound up with its own Wikipedia article.

When it turned out that LA was not going to get the Olympics, I think that most of the Mayors efforts went into trying to find another gig, rather than actually functioning of the day to day needs of LA City.

On purpose of not, the Mayor tended to have long term plans which would not come to fruition until long after he would be termed out. A great example is the  Sustainable City pLAn, moving to carbon free energy by 2050.  As the Sierra Club characterized it:

Compared to these big initiatives, let’s be honest. Neighborhood Councils weren’t going to get Garcetti a new gig, and they were mostly a pain because they wanted things.  If you think I’m kidding, check out  this article from 2019 in CityWatch:

“While there is a document out there somewhere listing the qualifications and duties of a DONE General Manager, I think a more accurate definition of what our Mayor wants in a GM would be the following:

“Control the Neighborhood Councils to keep them bureaucratically tangled up in busywork so that they cannot;

(1) Embarrass our thin-skinned Mayor, or

Unless I miss my guess, Garcetti’s real contempt and interest in a toothless Neighborhood Council System prompted the hiring of a decent (innocent) to fulfill his real job description.

I mean, think about it. The NC system has something like 98 Neighborhood Councils (give or take a few), a staff of a few dozen with an incredible turnover and lack of relevant background and knowledge of the NC system themselves, and a BONC (Board of Neighborhood Commissioners) composed itself of drones who are all appointed by the same Mayor who hired her.

They all serve at the pleasure of the Mayor and have a back end support system that can’t even comply with the California Public Records Act. Further, their entire election system is a witches’ brew of indecipherable regs and documents co-authored by the LA City Clerk and DONE.”

Clearly Raquel Beltran fulfilled his fondest dreams as she burrowed in, displayed her true colors,  and created an authoritarian empire telling the Neighborhood Councils what they could, and mostly couldn’t do.

What we really need is for some way to examine DONE’s success measured against the Original NC Charter Amendment from 1998, and the original Neighborhood Council Plan that followed.

The purpose of Neighborhood Councils was simple and clear:

And here’s a power of Neighborhood Councils that I bet you never heard of:

Memo to City Council - Believe in democracy? Wanna follow the guidance of those who established Neighborhood Councils?

In the real world nothing is going to happen to DONE and BONC until we have a new Mayor. At that point, we need to get the attention of the Mayor to do something about the Neighborhood Council system, starting with DONE and BONC.  It’s our responsibility in figuring out how to get that attention with all the other issues facing either Rick Caruso or Karen Bass from day 1.