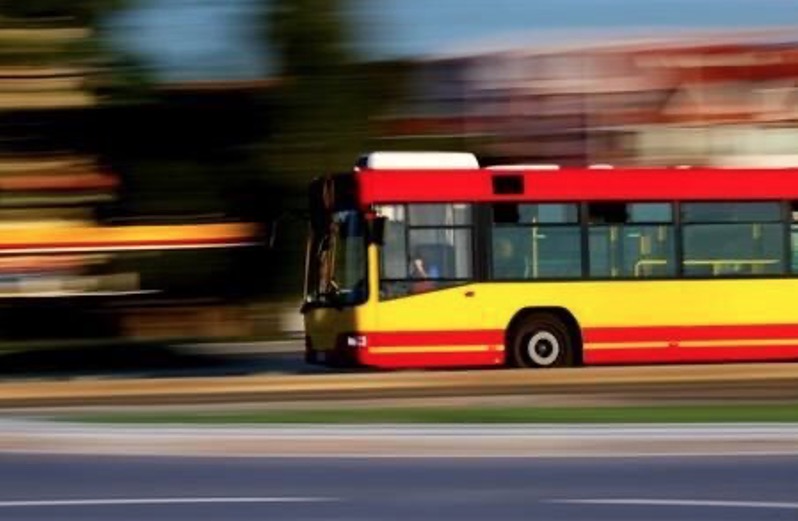 THE EASTSIDER - Two issues are becoming very clear.  First, Metro is going to vote to go ahead with an unnecessary NoHo to Pasadena BRT.

The second issue is that it is increasingly obvious that the taxpayers made a huge mistake in creating this monster back in 2008 . So how about defunding the mess?

Not a coincidence this is in a climate of declining ridership and significant safety issues.  As the New York Times put it:

“In Los Angeles, the crime rate on the county’s metro system has increased over the course of the pandemic, adding fuel to long-burning debates on policing, homelessness and mental health.

“Most of our issues on Metro are dealing with people who are unsheltered,” said Hilda Solis, a Los Angeles County supervisor who is also chair of the Metro board. “So it’s more of a housing problem than a law enforcement problem.”

Of course, in the real world, ridership has plunged on Metro, and crime is up. So how is Metro going to insulate their NoHo to Pasadena bus line? Free guess.

Never Give a Politician a Buck

Since Angelenos have no sense of history, let me take you back to 2008, when the voters were conned into  a thirty (30) year sales tax! As Wikipedia puts it:

“Measure R was a ballot measure during the November 2008 elections in Los Angeles County, California, that proposed a half-cent sales taxes increase on each dollar of taxable sales (originating in or made from Los Angeles County) for thirty years in order to pay for transportation projects and improvements. The measure was approved by voters with 67.22% of the vote, just over the two-thirds majority required by the state of California to raise local taxes.[2] The project was touted as a way to "improve the environment by getting more Angelenos out of their cars and into the region's growing subway, light rail, and bus services."[3] It will result in the construction or expansion of a dozen rail lines in the county.[4]”

What a Board, What a Boondoggle

Buried where you can never find it, it turns out that there are 14 members on the Board, one of whom is appointed by the Governor and cannot vote.  Keeping their total control over the whole complex entity, LA City & County have 9 of the 13 real seats.

That is comprised of the five Board of Supervisors, and the LA City Mayor, plus three Mayoral appointees, one of who must be a City Councilmember.

The other four voting members are 4 City Council members or mayors from cities other than Los Angeles.  One each for San Gabriel/Pomona Valley, 1 from Arroyo/Verdugo, 1 from Gateway Cities, and 1 from Westside Cities.

To save you hours of trying to figure all of this out, the link is here, since it is not on the Metro website.

This math is important for the conclusion to our tale. I am aware of  absolutely no indication of who came up with the hot flash  idea of building a west to east bus line which doesn’t get anyone downtown, and bisects relatively well off communities.  I thought that a finding was necessary for TOC bonuses and such, but maybe not with the Metro gang.

I can tell you why they are going to vote to move the plan forward, however. As is normal for most public sector projects, if the project gets turned down, the funding goes bye bye.

Sadly, Hilda Solis isn’t talking, and Najarian isn’t talking either.  In fact, the only people who are actually talking are the bought and paid for “advocates” who have serious conflict of interest issues themselves.

Where the NoHo to Pasadena BRT Stands

I’m sure that folks are tired of reading my blow by blow of this unnecessary  project, so here’s another perspective from  Eagle Rocks own T.A. Hendrickson, editor of the long running Boulevard Sentinel.

“At his press conference, De León said that the BRT plan for Colorado Boulevard would “upend the status quo” in ways that would improve and elevate Eagle Rock and make it a model for the other cities. But there is really no telling at present how the plan will play out. How will traffic adjust to losing a lane? Will the BRT attract significant ridership? Will significantly more cyclists use the bike lanes?

Also unanswered is the extent to which the BRT could encourage higher density development on and near Colorado Boulevard and whether such development would increase the use of buses and bikes enough to offset the increased car use that tends to come with population growth.

Metro says that the BRT will not change zoning rules in Eagle Rock in part because the area is already zoned for denser development as a “high quality transit corridor.” While true, that statement does not take into account that Eagle Rock at this time doesn’t look or act like a high-quality transit corridor. However, when there’s a BRT running in dedicated lanes on Colorado Boulevard, the transit features of the community will take center stage, potentially inviting more development.

For now, two things seem clear: The political moment favors lane reductions on Colorado Boulevard. And those lane reductions would only be the beginning of changes that would impact Eagle Rock for decades to come.”

The whole report should be mandatory reading for the Metro Board, even though I doubt  most of them have read anything, their yes votes already pledged in secret.

Speaking of yes votes, thanks to Michele Mck we have the following tidbit in an email:

“There are many new discoveries in the last few days, such as:

that these TERA board members, Severin Martinez (LADOT) and Michael McDonald have been lobbying Metro illegally for years, they are not registered lobbyists - see attachment). There will be a complaint forthcoming this week to many agencies, that Metro has covertly worked with these unauthorized lobbyists to create the 1-lane "staff recommended" beautifulblvd design for Eagle Rock.   We have dozens of the PRA record requests to prove this covert collusion between Metro LADOT, TERA, ERNC, and City of LA-Mayors office., against the public, against the wishes of Eagle Rock residents and business owners. Also Metro employees have been illegally harassing and doxing ER business owners on Twitter to thousands of bike activists at LACounty Bike Coalition.   Also this TERA non-profit is illegally lobbying.

Also, PRA proof of Metro, and Severin Martinez colluding with

Michael Schneider( "founded Streets For All (streetsforall.org) in 2019 to promote freedom of choice around transportation in his hometown and he passionately believes that everyone has the right to get to where they are going safely, regardless of their mode of transportation.). - to handle communication from Metro.”

So What Can We Do?

By the time this article posts on Thursday evening, Metro will have already passed the recommendation for the project, absent an act of God, even as they limit public comment.

They think they have the unfettered power. So let’s talk about retail politics, my favorite subject, and the only thing that professional politicians understand. Being voted out of office.

While there is no way to get rid of a Metro Board member directly, all of them are elected officials from somewhere, which means they have to run for office in their city or county. And guess who’s on the ballot in Los Angeles County this June - none other than Supervisor Hilda Solis in District 1!

It turns out that four people are running against her, in what would ordinarily be a ho hum race.  However, most people have no idea how few votes it takes to become an LA County Supervisor.  Nobody knows who they are and a relatively few people even bother to vote at all. So vote! Vote for any one of her opponents.

Guess what.  If  Solis fails to get 50% plus one of all the votes cast, she is forced into a runoff.  Then she would have to spend a bunch of money and actually risk losing her last term on the Board.

And don’t forget that Sheila Kuehl is termed out, with four contenders vying to replace her in June.  As the Larchmont Chronicle noted:

“Two additional people were approved for the ballot in that contest after we went to press with this issue. They are Craig Brill and Roxanne Beckford Hoge. They join Jeffi Girgenti, Bob Hertzberg, Lindsey Horvath and Henry Stern as candidates.”

“Election 2022 race is on for Board of Supervisors, Third District

Four candidates are on the June 7 primary ballot seeking election to the seat of Supervisor of the Third District on the Los Angeles County Board of Supervisors*. They are: State Senators Bob Hertzberg and Henry Stern, West Hollywood City Councilmember Lindsey Horvath and small business owner Jeffi Girgenti. (* Two additional people were approved for the ballot in that contest after we went to press with this issue. They are Craig Brill and Roxanne Beckford Hoge. They join Jeffi Girgenti, Bob Hertzberg, Lindsey Horvath and Henry Stern as candidates.)

The Larchmont Chronicle editorial staff interviewed three of the candidates last month via Zoom. Here are reports on those candidates based on the interviews and other sources. (The fourth candidate, who entered the race late, is also profiled.)”

By the way, the Chronicle is a great resource for this race.  Subscribe if you can. Anyhow, It’s a great race to watch, and even better to grill the candidates as to what their position is on Metro!

Similarly, what about Garcetti and his three appointees?  Garcetti’s termed out, and the three appointees serve at his pleasure.  Again, guess what?  There’s a big election for Mayor, right?

Guess what - ask all the candidates about their position regarding Metro and how they are going to be responsive to Angelenos in LA City. The reason I say all is that if some answer the question, the pressure will be on Bass and Caruso to respond as well.

Here we have a really good opportunity to have a direct impact on the Metro Board.  Let’s force this issue to the foreground where it really belongs.