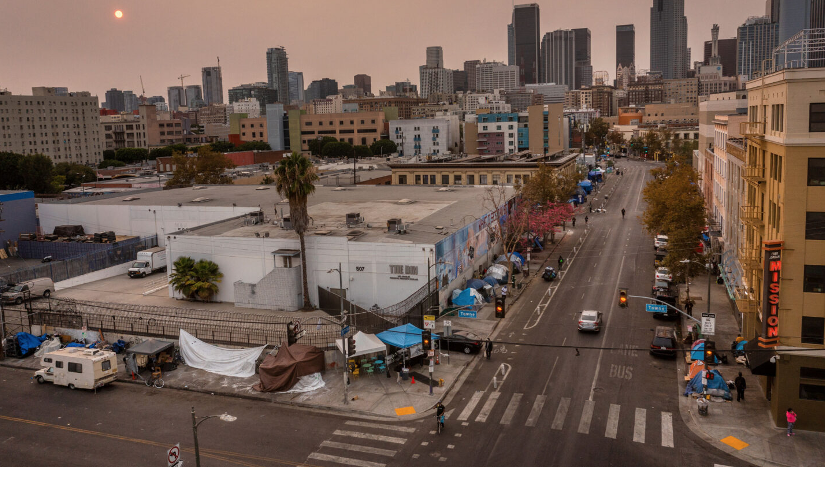 THE EASTSIDER - As the LA Times proudly announced on April Fools Day.

Los Angeles has agreed to build potentially thousands of new beds and housing units under the terms of a legal settlement announced Friday, apparently bringing to an end a key portion of a contentious, long-running federal lawsuit over homeless housing and enforcement on skid row and across the city.

The proposed agreement between the L.A. Alliance for Human Rights and the city would require opening enough beds over the next five years to accommodate 60% of the city’s unsheltered population in each City Council district

While it's a great idea, let's take a look at some major obstacles, from a look at the term sheet filed with the court.

Generally in LA City 5 year plans have not had a great track record, with things getting pushed back until the public can’t remember what the promise was.  This one is renewable ‘upon joint request’.

Each Council District Still Gets to Enforce the Ordinance or Not

It’s based on their 15 fiefdoms Ordinance, also known as  “Section 41.18, Sitting, Lying or Sleeping or Storing, Using, Maintaining, or Placing Personal Property in the Public Right Away”.  You can find the document here.

As we have already seen recently, this means that each of the 15 Councilmembers get to choose what gets enforced in their District, and that’s not a plan. Its a prescription for 15 different plans.

In the  proposal filed with the court, while there are some prerequisites for continued enforcement at the street level, the City “reserves the right, in its sole discretion, to revise or amend its Street Engagement Strategy, LAMC 41.18, or any similar ordinance, regulation, or protocol consistent with applicable constitutional precedents”.

Where Is LA County In All This

It appears that the County of Los Angeles has decided to litigate instead of signing on to the deal.  This is big, not only politically, but in terms of programs and  dollars. The County has the action in terms of the support services designed to get the homeless reintegrated back in to the community and no longer homeless.

Also, remember, the County is the biggest slice of LAHSA’s budget, as I wrote here.

It defies logic that having the biggest chunk of LAHSA’s funding refuse to participate in the agreement, doesn’t kill the reality of resolving the underlying homeless problems. Current levels are clearly not working, and by choosing litigate rather than deal cripples the deal.

And we know that they’re going to the mat from the Times article:

“In recent weeks, county lawyers, along with lawyers for other parties in the case, known as intervenors, expressed frustration with how the negotiations were going. The county asked that the case be assigned to another judge and for the talks between the parties and the judge that occurred outside of court to stop. Carter rejected their request for reassignment.

Skip Miller, a partner with the Miller Barondess law firm and outside counsel for L.A. County in the case, said in a statement: “This lawsuit has no merit with regard to the county. It is between the plaintiffs and the city, and we’re glad they settled. We intend to litigate and win this case.”

The county is “doing everything possible to address homelessness without stigmatizing it as a crime,” Miller added. “Any assertion that the county has failed on this obligation is utterly baseless.”

For me and CityWatch regulars, the hiring of Skip Miller tells it all.  As our very own Eric Preven is fond of pointing out, he’s a master of billing and litigating at his hourly rate instead of settling.

Of course there may be a reason good old Skip doesn’t like Eric either. Preven wants to see the invoices from his firm:

“We seek a judicial declaration that the City and County have violated and/or continues to violate constitutional, statutory, administrative and common law provisions requiring the agencies to provide the public with access to duly requested records such as a) Miller Barondess Invoices  b) metadata for County Board meetings as provided by City and Los Angeles County MTA  c) AT&T invoices billing for teleconferencing services for the City, the County & Los Angeles County MTA.”

Anyhow, by declining to adhere to the  agreement, there are some two whole pages of obligations and agreements that LA County refuses to implement (Section 9, County Obligations”. The document then goes on to generally describe the County’s obligations as:

The parties agree to cooperate in ensuring County meets its obligations to provide services to persons experiencing homelessness within the City, and to fostering County-developed or County-funded housing and treatment services for PEH, including medium- and high-acuity need PEH suffering from illness, physical, mental or behavioral health issues, substance use disorder, and/or other factors used to determine acuity.”

The fate of the Settlement Agreement is obviously in jeopardy.  While implementation of LA City’s part is always slippery, at least they are participating.

By litigating instead of negotiating, the County of Los Angeles has betrayed their promise to the taxpayers back in 2017 when they supported Measure H. As a reminder to Angelenos about the reality vs the promises of Measure H,  I leave you with the actual ballot measure and a link to the Ordinance.

Read it and weep.

For those who have forgotten the ballot initiative, here’s the summary and a link to the exact text:

The following question appeared on the ballot:[1]

The following impartial analysis of the measure was prepared by the office of Los Angeles County Counsel:[3]

The full text of the ordinance that approval of Measure H enacted is available here.