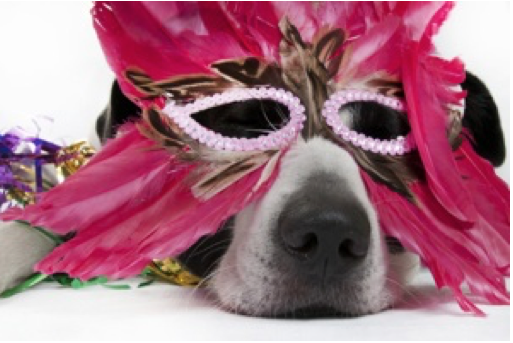 This policy was promoted by Commissioners Layne Dicker and Roger Wolfson, both attorneys.  Barnette cites a study by the makers of DNA tests which found, "The presence of a breed's signature does not guarantee that the dog will look like the specific detected breed…” Thus, following this theory, many of the "Pit Bulls" that are touted as great pets may not really be Pit Bulls.

GM Barnett summarized her report, saying, “We believe that we have an ethical responsibility to be honest with the community by not providing them with false information about, and creating false expectations of, the dog they are adopting. To do that we propose eliminating breed labels on our cage cards, online profiles and anywhere that breed labels have previously been used.”

If anyone doubts that this move toward “honesty "is a subterfuge to place Pit Bulls with adopters who do not want, or fear, the breed, here was just one of the GM's comments at the meeting:

“We need to get with the veterinary community and educate them on what we are doing. One of the most damning things that can happen is for a vet to say, “Oh, my God, you got a Pit Bull, when they really don’t know any more than we do.”

The public will be told that, rather than relying on breed identification which might not be accurate, they should focus on the specific dog. There was no acknowledgement of the lack of sophistication in choosing an appropriate pet by many shelter adopters.

Barnette explained that, rather than speculating on breed, the test of behavior of a dog is determined by putting it in an area with a family or in a play group to find out how it reacts.  She added, “People often ask me, ‘How is this dog with children,’ and I say, “I don’t know, but bring your child over and we can do an introduction, and we’ll be careful.”

Commissioner Roger Wolfson questioned--but quickly ignored his own concerns--that the Department does not have the resources or personnel to institute such a drastic change.

For those enticed to discover the love of an “experienced” and loving pet as it cuddles up to a TV news anchor, media will no longer be identifying any LAAS by breed nor speculating on possible breed. This policy change will also stop “breed rescue" from Los Angeles shelters, because it is discriminatory for some dogs to be singled out as purebreds.

"Instead of focusing on how to get more of these pit bulls adopted...we should be focused on reducing the number of pit bulls that need to be adopted," writes J. Thomas Beasley.

WHOSE IDEA WAS THIS?

A Best Friends Animal Society webpage (Removing Breed Labels from Adoptable Pets) states, "Thanks to Maddie’s Fund, Best Friends is working on a study within our own adoption centers in Los Angeles and with some of our valued partners, including Pima County, Arizona."

Barnette explained the theory derives from the research of one doctoral student at Arizona University who found that people reacted differently to breed-associated dogs in photos. However, in reviewing that research, Lisa Gunter, who spoke at the meeting, was cautious in concluding any notable increase in adoptions at the Florida shelter where this experiment was implemented and studied, stating that, the slight gains seen could also have been influenced by changes in shelter hours and adoption incentives.

Elizabeth Oreck, National Manager for Best Friends Animal Society Puppy Mill Initiatives, commented about mistakes in breed identification online, elaborating, "This obsession with breed is a thorn in my side. It is the reason that puppy mills are doing what they are doing and the reason people are getting what they think they want and not getting what they should want and what we can provide to them. So, instead of trying to meet the demands for what people want, which is generally purebreds, we should be making them want what we have already, so that we don’t have to make more of these breeds. We are able to provide what already exists so that we can stop killing what already exists.”

BREED ID IS REQUIRED FOR LICENSING AND INSURANCE

Farmers' Insurance agent Michael Gonzales advises that the way the insurance industry would handle this is to just not cover any damaging acts by the dog, because all policies require that the breed and bite history of all insured dogs is provided.

Barnette has not addressed the fact that LAAS is required to issue a license to every dog over four months which is adopted from the shelter. The State requires a breed to be listed.  She did not say how this will be handled.  One of the department's prime public health and safety responsibilities is to issue dog licenses for every dog in the City to verify rabies vaccination.

Barnette stated she had looked at some rabies certificates from veterinarians and they listed the breed as "mixed" and that had not stopped processing. However, she did not say whether she actually looked at the associated license to see if the Department or the pet owner had identified the breed before issuance.

The California Department of Public Health’s website sets the NASPHV Rabies Certificate as a model to use, and it asks for the predominant breed. It also lists the rabies codes and regulations. The certificate calls for a description of the dog “including breed, color, age, and sex.

In addition, the CA Food and Agricultural Code. Chapter 3. Dog Tags, reads, § 30802. Application. Each application for a dog license tag shall state the age, sex, color, and breed of the dog for which the license is desired and the address of the owner.

Certain breeds are commonly not allowed under some insurance policies or rental agreements. The staff will no longer be free to share with potential adopters whether it may be one of those breeds, according to Barnette.

Commission President Larry Gross pressed Barnette for assurance that renters would not be in danger of taking home a pet that could cause them to be evicted, but she managed to sidestep this issue by referring to providing the weight of the dog.

Historically, LA city and other shelter staff provide their “best-guess” estimate of the breed(s) of unwanted, homeless dogs. Sometimes they are wrong, but it is not a deliberate attempt to deceive the public. As they become more familiar with the dog, they often make corrections in the breed assessment, based on what they observe -- positive or negative -- and include any identifiable traits observed that are genetically programmed into certain breeds.

Some dogs exhibit aggressive or fearful behavior, bite or attempt to attack other dogs or cats while impounded, and the staff has. in the past, been able to advise the public that it may need a “special” home, supervision in certain situations, or recommend that it not be adopted where there are children or other pets. Under the proposed policy, that will not be allowed because it would indicate "negative" behavior.

This entire discussion by the Commissioners and Barnette did not include the safety of pet and families.

The public relies on the apparent expertise and knowledge of its officials, including those involved with its shelters.

The fact that breed-specific descriptions appear in residential leases and insurance policies requires that information is not withheld or misrepresented. After an attack you can be assured that the insurance adjuster will require a DNA test and that result along with the general appearance of the dog may have disastrous consequences for the person who “adopted/rescued” the animal. Regardless of any PC label, once in your possession you are the owner and liable for its conduct.

This is one of the most absurd steps being proposed in an effort to empty the shelters regardless of impact on public safety.

Barnette describes one change in her Oct. 17 report which differs from the original plan:

“If an owner surrenders a dog and believes that s/he knows what breed the dog is, it will be listed in the notes along with all other information, such as behavior history, that we input. That, as all information will be shared with an interested possible adopter or rescue partner.”

(That is an improvement, but does it pertain to ALL dogs impounded or just to surrenders?)

“Notes” are those comments entered by the veterinarian regarding vaccines, weight, health issues etc. They do not contain behavior history, other than whether the examining vet can “handle the dog.”

“Behavior memos,” which are shared internally among employees and volunteers are separate and must also be made available to potential adopters. That policy must be put into a written form provided to them before the adoption process and be a posted policy so potential adopters know to ask for them--if Barnette's intention is truly "transparency" and full disclosure.

It is difficult to take seriously Brenda Barnette's disavowal of the ability to identify breed characteristics in dogs, considering she was an AKC representative and dog breeder (along with her daughter, Mary Alice Davis, an employee of Best Friends). She was listed showing her Poodle in Seattle in 2009 at the Gavilan Kennel Club and in May 2010 at a BaRay Event. She was hired as GM of L.A. Animal Services in June 2010--one month later--and formally began her duties in September 2010.

My 2013 article, Brenda Barnette’s Daughter is a ‘Responsible’ Dog Breeder, Says Best Friends’ L.A. Director, discusses the disclosure by Daniel Guss of a dog show roster dated May 23, 2013, in which Brenda Barnette and her daughter Mary Alice Davis are listed as "owners" in several competitions at the Southern California Portuguese Water Dog Club, under the listing for “Puppy Bitches:” 9 months and under 12 months, (8) CUTWATER IT HAD TO BE YOU, WS43376901. 05/29/2012.

Marc Peralta, Executive Director of Best Friends LA, wrote in an e-mail to Daniel Guss on Oct. 13, 2013, "Mary Alice falls into the category of responsible breeders."

Jim Bickhart, representing Councilmember Koretz, spoke at the meeting and pointed out, “I am not hearing any discussion that relates to whether this results in a higher percentage of successful adoptions -- where the animals don’t come back to the shelter?”

He advised the Commission that Councilman Koretz would be willing to entertain the Commission forwarding its final decision and background information to the City Council so it could be referred to the PAW Committee for further review and a hearing held on it, with recommendations sent back, if they make a decision. He emphasized "that doesn't--in a legal sense--take away from your policy-making role--but could be included in your instruction to the Department, or not."

Commissioner Wolfson moved NOT to refer this Item to Councilman Koretz. It was seconded by Commissioner Dicker. The Commission resoundingly approved the motion.

Extreme Attacks: List of Pit Bulls Up for Adoption or Recently Adopted From Shelters That Seriously Attack