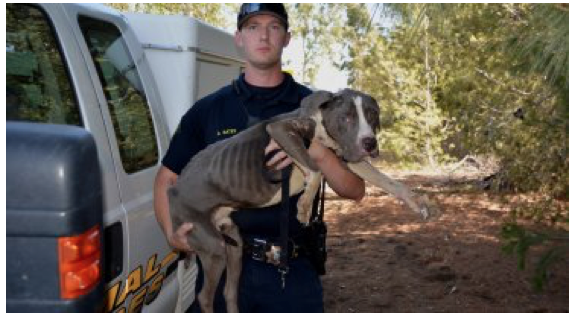 ANIMAL WATCH-Animal activists and crime-ravaged communities reporting rampant animal neglect and abuse, cheered when the long-sought Los Angeles Police Department's Animal Cruelty Task Force (ACTF) was formed in 2005 to address felony crimes against animals, including dog fighting and cockfighting. The motion was introduced by now-Congressman Tony Cardenas and seconded by current Secretary of State Alex Padilla, while both served on the City Council, and was approved on May 13, 2005.

The ACTF was originally comprised of five Animal Control Officers and two LAPD Detectives, plus a dedicated City Attorney prosecution unit created in 2002.

A 2014 report by the LA Police Commission shows that from January 1, 2011 to November 26, 2013, there were 49 felony arrests made, with a filing rate of 84%, and 58 misdemeanor arrests with a filing rate of 98%.” The report explains that the ACTF emphasis was shifting during that period to investigations of the most violent cases of animal abuse.

Public interest and the need to combat animal cruelty has remained constant or increased in LA However, it appears the ACTF may soon be on the City Council’s chopping block, reportedly a victim of pressure by the Council for LAPD to return police officers to patrol duties.

The LAPD Animal Cruelty Task Force was originally intended to play a key role in the proposed area-wide and nationwide program, RAID (Regional Animal-fighting Investigations Division), a collaboration among agencies to address dog fighting and the peripheral criminal activity commonly encountered at raids, such as drugs and weapon sales, gambling, gang activity and child endangerment.

Within this planned effort, the Animal Cruelty Task Force -- partnering with other city agencies, including the Department of Building and Safety (Code Enforcement) -- was to become an integral force, as follows:

The LAPD Regional Animal-Fighting Investigations Division would be under the leadership of Chief Bratton and City Attorney Rocky Delgadillo, to establish a permanent alliance between LAPD, Animal Services, the City Attorney's Office, and various local and national organizations to efficiently and effectively provide a unified front against the unfettered epidemic of dog fighting in Los Angeles.

A secondary but equally important goal was "Prevention of and intervention in gang activity."

However, with a series of leadership changes within LAPD and L. Animal Services and changes in the political structure and goals of city government, the ACTF had difficulty defining itself.

In 2009, an LA Times  article entitled, "Animal cruelty crackdown in Los Angeles has results," reviewed the progress and accomplishments of the Animal Cruelty Task Force, announcing that, "In Los Angeles County, records show that during the 12 months that ended in August, the District Attorney's office filed animal cruelty charges in 116 cases, nearly 50% more than in the previous year."

Few of the activities and successes of the ACTF have received political or public recognition. A flyer on the LAPD and LA Animal Services' websites announces its contact information.

In a discussion earlier this year with a member of the ACTF regarding a major cockfighting investigation by LA County Animal Control, I was advised that the ACTF has been vigorously pursuing cockfighting in the city, using the Penal Code and the LA Municipal Code’s “one rooster" limit to bust game fowl breeders. He explained that they pull search warrants to raid properties where there is evidence of cockfighting and partner with Building and Safety, which cites heavy fines for major code violations, in addition to the Task Force pursuing criminal charges.

He advised that the ACTF has had a 100% conviction rate in its last dozen cases.

He also stated that the ACTF has investigated an average of 115 criminal animal cruelty/aggravated neglect, poisoning, bestiality, ritual animal sacrifice, and illegal animal fighting cases per year for the past three years — the less serious abuse/neglect reports are investigated by LA Animal Services’ officers.

He believes a reduction in calls is attributable to the 12-year success of the unit. "People have become aware that Los Angeles will address animal cruelty in any form with the full force of the law and with the goal of prosecuting anyone who inflicts harm on an animal or any human -- often a wife or children -- at that location."

On February 16, 2016, the Times reported on an appearance LAPD Chief Charlie Beck made before the Public Safety Committee to discuss the rise in violent crime by 20.2% in 2015 and property crime increase of 10.7%. At that time, the union representing rank-and-file LAPD officers complained that Beck had taken too many officers from patrol duties for civilian work or specialized assignments.

After months of rumors and speculation, according to very credible sources, the LAPD unit dedicated to investigating and prosecuting animal cruelty -- proven to be related to heinous crimes against humans — may succumb to the order by Chief Beck for commanders to "harvest" officers for patrol from specialized dedicated units, to meet the demands of City officials.

On May 19, 2016, the City Council, with no other information contained in the file, adopted a “BUDGET RECOMMENDATON,” instructing the Department of Animal Services “to report to the Personnel and Animal Welfare Committee on how many prosecutions have been generated from the Animal Cruelty Task Force in the last year.” Council File 16-0600-S6, shows no such report and the item is still “pending."

Therefore, both Councilman Paul Koretz and LA Animal Services GM Brenda Barnette may have been aware of the potential for plans to dissolve the unit. What other reason would there be to not compile a simple report with statistics easily available, as instructed by Council?

If they even suspected that, under any circumstances, the City might be deprived of officers trained to investigate and prosecute the most despicable acts of cruelty inflicted on animals, shouldn't Koretz and Barnette, as the political spokespersons for the city's voiceless, have made the public and advocates aware?

SAYING "GOODBYE" TO THE ACTF?

According to those in the know, the LAPD Animal Cruelty Task Force will probably not be officially pronounced “disbanded” and no date will mark a formal dissolution. It is likely it will just happen as a result of reassigning officers and detectives and leaving "no bodies" in the unit.

Although certainly this would not be a personal choice by animal-lover Chief Charlie Beck, he has been given orders by the Council.

By dissolving this unit, here’s what could happen:

(1) There will be no LAPD officers to call back in the event of a major cruelty/animal-fighting case because there will no longer be LAPD officers assigned to animal crimes.

(2) It does not seem an ACTF will be established in L. Animal Services, which is so low on staffing and drivable vehicles that it struggles with timely response to humane investigation requests it now receives and which could be expected to increase without a dedicated LAPD cruelty unit.

(3) While there are many LAPD officers who care about animals, the collection of evidence and seizure of animal victims in cruelty cases and citing under the specific code sections to assure prosecution requires specialized training.

One source advised that the dissolution of the ACTF was expected last month and has been rumored as a possibility for at least a year, so apparently it is likely to happen – and soon.

Public concern should be great now, before this is implemented and while it might be reversed. Is Los Angeles willing to give up its Animal Cruelty Task Force?  Shouldn't the public have been advised?

Can Los Angeles -- the City of Angels -- just coldly chop protection for its most helpless and victimized animals out of its budget and forget them?