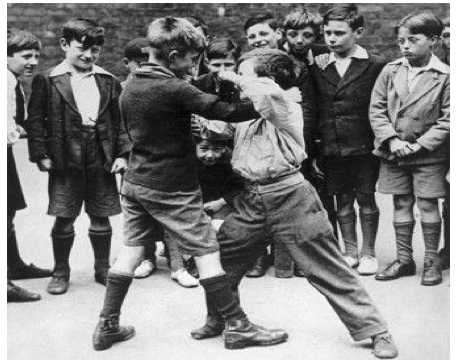 Venice NC Parliamentarian Ivan Spiegel says the ineptness of the Department of Neighborhood Empowerment paved the way for a nuisance grievance that should never have been addressed to be incorrectly sent to a hearing.

“The story isn’t really the grievance -- it’s about how screwed up the Department is,” says Spiegel. “Anything they try to do gets screwed up, every hearing.” He adds that the hearing process did not allow for the subjects of the grievance to speak at the hearing, so they lacked due process.

In order to understand the scenario at EmpowerLA, Spiegel provided the details of what’s known as “Grievance #100.”

“In this specific case, a stakeholder with frequent complaints filed 26 pages of grievances, all based on things that had happened in the Land Use Committee of the Venice NC. The number of grievances one individual may file per year is three and this stakeholder grouped six together into one grievance.”

Spiegel states that three of the grievances should never have been heard. One of the provisions is that a plaintiff cannot file a grievance based on an action or inaction of a committee. Spiegel, who played an integral role in coordinating the procedures, explains, “The grievance may only be based on the action of the Board, which is elected by the people. The committee is not liable, only the Board.”

Following the filing of these grievances, Spiegel says the NC sent the grievance to the City in order to process through the regional grievance procedure but says the administrator refused to hear their case to dismiss the grievance, regardless of the fact that the complaints were not directed at the Board but against a committee, disallowed by the procedures. The packaging of complaints into one grievance was also not allowed and Spiegel characterizes the complaints as “all over the place.”

“We have people in the system who do what they can to obstruct what we are doing or to bring us down. It’s frustrating. It’s not easy for people to throw things out to City Council so they come to us as scapegoats,” he says.

The case was moving forward, despite the procedural errors. A panel was assembled with three representatives from NCs in the region and Spiegel says the Venice NC board was confident the case would be ruled in their favor.

“This was ridiculous but we decided it was easier to go through the hearing and deal with it after if it went the other way,” he says. The panel rejected all the claims and in addition, reported that the department (EmpowerLA) should never have brought Grievance #100 to panel. The complaints were dismissed administratively.

Spiegel says the Venice NC board still did not know if the stakeholder had filed some sort of appeal or challenge, although part of the ordinance states that the plaintiff cannot appeal the decision of the panel, something those who wrote the ordinance had included to “avoid wasting everyone’s time.”

Spiegel says the NC Venice Board had requested a meeting with Grayce Liu, General Manager of EmpowerLA, but they had never received an answer about how this grievance was passed to the hearing stage without her knowledge.

Eventually, Lui did answer, explaining that a staff member had made the mistake of sending this to the panel in the first place. There would be no rehearing -- because the first one should never have happened.

Spiegel says that is where Grievance #100 stands now. “The hearing is over but the problem is how did the Department allow this to go on? If I had not been involved with putting this ordinance together, I would never have known any of this. If this had happened in another NC, they may have had no idea. Who knows what would have happened? I want to protect other people. That’s the story. The Department bungles everything. I guess the staff was given this but never read the ordinance. They just went ahead and allowed this waste of time.”

Instead, he adds, “We got a letter apologizing for the confusion, that the Grievance was sent to the regional review panel in error.”

I hope that this email finds you in good health and spirit.

I want to sincerely apologize for the confusion that was caused by the lack of proper communication throughout this entire Grievance process.  For that, I take full responsibility.  Please be advised that after further review of the Grievance #100 and the supporting documentation, the Department has determined that the Grievance was sent to the Regional Grievance Panel in error.

The Neighborhood Councils were required by the City Attorney to have a uniform grievance procedure in their by-laws. The procedure was that when a resident filed a grievance, several board members from that NC would be impaneled for a procedural hearing.

One significant problem arising from this process is that grievances are filed against the board, not against the entire NC. The very people the grievance is filed against end up being the panel hearing the complaints, a conflict of interest.

Spiegel explains that the NC representatives suggested forming regional grievance panels with other councils for hearings, as it wasn’t fair to hear their own grievances. He says it took years to pull that together and when they finally took this idea to City Council, the new procedures were approved by City Council.