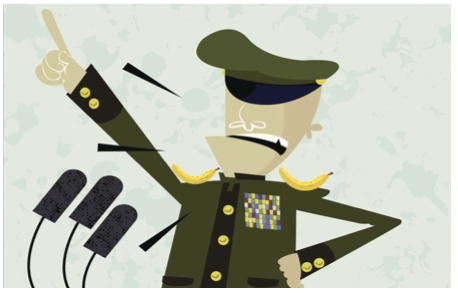 EASTSIDER-After writing about the recent Skid Row election, and discovering that DONE’s grievance panel system was a fraud, I was surprised to discover another 2016 Election which is turning out to make Skid Row’s debacle look like child’s play!

Face it, Skid Row’s failed attempt to get their own Neighborhood Council was simply a prime time example of Jose Huizar taking care of his monied downtown developer buddies and selling out Skid Row. The Grievance Panel fraud was just part of the conspiracy, so in a way, no surprise.

Then I discovered another NC Board election that shines the light on DONE as the prime actor, as opposed to the sleazy machinations of a Councilmember.

Some of my Neighborhood Council friends alerted me that the 2016 Studio City NC Elections and their multiple Grievance Panels were toxic. By way of background, the Council had recently gone through a major problem when their VP and Planning Committee Chair decided to front for a Big Money Developer who wanted to take the old Sportsman’s Lodge and turn it into a shopping center. Controversy predictably ensued.

After a very nasty, contentious campaign, Patrice Berlin and Eric Preven narrowly won their seats on the Board. Coincidentally, both of their campaigns were designed to get rid of Lisa Sarkin and her cronies. But oh, no -- enter the Department of Neighborhood (Dis)Empowerment and their new Elections/Neighborhood Grievance Panel System.

Challenges to the election immediately ensued, of course, and DONE went through its usual filtering of election challenges by their Independent Election Administrators (IEAs). The remaining substantive issue of whether or not Berlin and Previn were guilty of substantial election misconduct and should be removed, went out to a Grievance Panel.

The first hearing was held on April 18, pursuant to a Notice which outlined the Regional Grievance Panel Procedure, and was heard by a 3-person Panel appointed by DONE. Now remember, in terms of the hearing, the only items of any evidentiary use (according to DONE’s very own procedures) are (1) the written challenges, (2) up to three witness statements, (3) an opening statement by DONE, and (4) testimony from the person filing the Election Challenge. Period.

There was also a provision for Public Comment of up to 10 minutes, but Public Comment is not sworn testimony and cannot be used to base any conclusions regarding the disposition of the case before the Regional Grievance Panel.

In terms of the three witness statements, they are to be signed under penalty of perjury. One, by Heidi Hollicker, was so dated and signed. The other two statements were by a Jane Drucker and James Kellem. These were both signed by Jane Drucker, using what appears to the same electronic or robo-signed signature of Jane Drucker.

I only mention the witness statements because, in the Panel’s written Determination, they say that “the Panel heard public comment verifying the witness statements and supporting that electioneering took place. Oops. Sorry, you can’t base a determination on Public Comment. And they should have delved into the issue of the admissibility and/or weight of the Witness Statements.

Anyway, the Panel’s final recommendation was 2-1 on a split vote, to find Previn and Berlin guilty of “a serious violation,” and directed them to be disqualified from office.

We’ll cover Hearing Number Two in a later column, and yes there were two hearings in this mess, but first I must make a serious accusation against DONE’s concept of what the California Public Records Act does and does not require.

To find out what had really happened, since I was informed that there were two separate hearings on the election, I asked for a copy of the Panel’s “Report(s) and Recommendations”, together with supporting documentation.  But the documents I received were not complete. I received pdf files for the second Regional Grievance Panel Hearing, but nothing on the first Regional Grievance Panel!

So, I clarified my original request, and specified that I wanted all documents relating to both hearings, not just the second one. Again, what I got back was only marginally useful. Just for clarity, I should note that DONE calls these panels “Election Challenge Panels”, but they are really Regional Grievance Panels and presumably under the same process -- the only difference being that the Election panels review NC elections.

In reading the provided documents, there were no copies of witness statements, statement of proceedings, etc. This was clearly not in compliance with the Public Records Act. Later, when I closely examined the files that were provided. It turned out that there were some links to some of these items within the provided pdf files.

So, I clicked on the links, and discovered that they didn’t work. I even used three different pdf readers I regularly utilize. No joy.

And just to continue a little into the weeds, the naming system for these files is absolutely useless in determining what the content of the file really is. For example, here’s the supposed link to Challenge #6 from the Regional Grievance Panel Special Meeting Notice that I was sent.

This is ridiculous. Not only did the links fail to work for me, the nomenclature used to label these files is indecipherable. While DONE may claim that they are complying with the Public Records Act, this is simply not compliance. Either this filing system is set up in an encrypted database, or someone deliberately wants to make it virtually impossible to directly access any of this public information. Thus, for whatever reason, I did not in fact receive all the documents requested, and to add insult to injury, the inaccessible links to some of the ones I wanted would not work.

As I indicated early on, there were two different Panels involved in the Studio City election. To keep this report to a reasonable length, I will be doing a follow up column going into more detail on the second Panel, which prompted an aftermath involving a City Councilmember motion, hearings, and action regarding how DONE elections and challenges should be run.

The second Panel quickly met on May 9. This handpicked Panel then reversed the disqualification of Preven and Berlin, reinstating them to their seats on the NC Board. Previn did get a letter of reprimand, but so what. The substance is that DONE didn’t like the results of their own system, and “fixed it” with the second Panel. I guess we are supposed to (1) never know about this mess, or (2) feel good that the abuse of due process was ultimately fixed by a further abuse of due process.

In the end, this story will take us beyond DONE and back to the LA City Council, as DONE attempts to justify a system that probably does not work.

For now, just with what is in front of me, it’s clear that the unilaterally imposed Elections Manual with all its criteria and review steps, is fatally flawed. There is no due process as we understand the meaning of the phrase. Any City Attorney who gave this mess a pass should go back to law school.

We now have a system that runs the lab rats through a maze that will ultimately produce whatever result DONE wants. First, people unhappy with the Election results must file challenges which are summarily reviewed by the very IEA people that DONE hired to conduct the election. Then, if that doesn’t work, DONE can establish an “Election Challenge Panel” using the same process as their Regional Grievance Panel system, hand picking who sits on the Panel.

If they still don’t like the result, then Grayce Liu can simply override the Panel’s determination, and appoint yet another handpicked panel until they “get it right” as determined by DONE’s General Manager.

This is a system that would have been loved by Venezuela’s Hugo Chavez or Chile’s Augusto Pinochet. It is not a system that should be tolerated by the Los Angeles City Council.