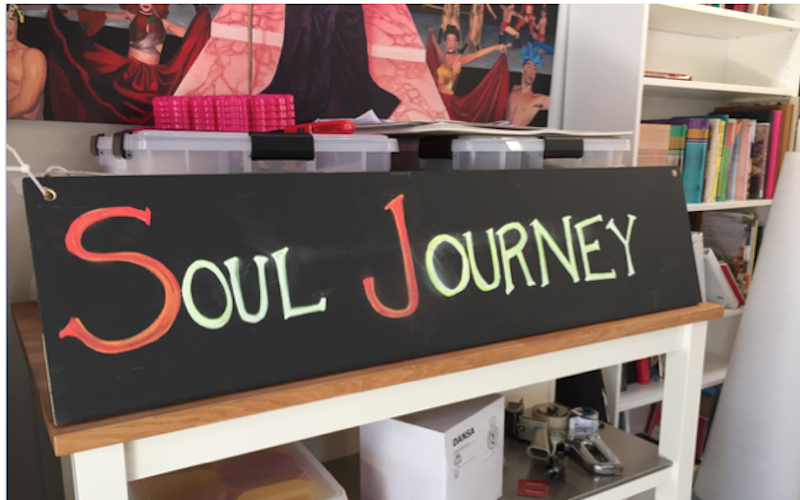 NEIGHBORHOODS--From the Middle East conflicts to an incredibly divided America, religion plays a most important part in our politics and our lives … and prompts me to tell you about Venice’s Open Temple.

I was raised until I was 10 years old in the Beverly-Fairfax area of Los Angeles. We affectionately referred to it as The Borscht Belt due to the Eastern European origins of the vast majority of its inhabitants. At 10, my upwardly mobile parents decided to move to Northridge in the northwest end of the San Fernando Valley. It was only then that I found out the rest of the world was not Jewish.

My family wasn't religious. In fact, I wasn't even bar mitzvahed, when I turned 13. But the pervasive secular liberal Jewish culture that surrounded me, my family, and most of our friends exposed me to a unique way of looking at life- whether expressed in humor, politics or fundamental ideas of fairness- that has continued to manifest itself throughout my life with its roots in the ancient Jewish religion.

But the dilemma that has always faced the Jews and other ethnicities that value their cultural identities of origin- be it religious or secular- is how can we maintain these religions and cultures and yet integrate ourselves into the dominant amalgamated American culture that up until recently has continued to make America great- again and again- by incorporating that which is best in its component peoples?

If the key for our or any specie's continued viability is to continue to evolve, this unique American heterogeneous cultural integration mechanism that takes the best of what all our tribes have brought to America seems to have served our survival rather well. So, why have our religions remained so segregated?

Up until I recently experienced going to Open Temple in Venice, I found that organized religion in general pretty much saw itself as right and other religions or atheists and agnostics as being wrong- even if the G-d of the Jews, Christians, and Muslims is historically the same G-d.

Open Temple in Venice, CA, is a nascent example of a community that responds to these concerns. An engagement model for "the Jew-ishly curious and those who love us," Open Temple utilizes the mosaic of Los Angeles to breathe life into the Moses of the Bible. In recent services, Muslims and LAPD officers played the roles of G-d, Abraham, and Sarah during the Torah service. A local homeless man "disrupted" the performance artist "playing homeless" as a chastening of the Torah reading's view on expulsion (both men were hired by the rabbi for this interaction). And words from Hamilton's "My Shot" were re-written for the Yom Kippur confessional prayer.

The community is spearheaded by its founding rabbi Lori Schneide Shapiro who also serves as the community's artistic director. She views Judaism through the lens of a pragmatic spiritual aesthetic designing her approach to melding traditional Jewish ideas with how they now can be applied to making sense in the 21st century.

Like me, Rabbi Lori grew up with no Jewish identity or upbringing, until as a young adult she traveled around the States and the Middle East in search of meaning and found her Jewish light.

Open Temple is the realization of the constant dream she has had since that discovery of what she calls her Jewish light. She wanted to create a place where people could explore their spirituality through creativity. Rabbi Lori believes that Torah is the blueprint for us to do so. When she moved into Venice, it was clear that there was no community with which to share this vision, so she has created it with Open Temple.

Rabbi Lori met with community organizers, like One Voice L.A. to learn how to organize. She began a grass roots effort collecting names at the Abbot Kinney Festival and meeting people in house talks and coffee dates. Today Open Temple has over 2000 people on its mailing list and has had over 1000 active participants since September 2016.

As Rabbi Lori points out, "Venice is going through a time of exciting and extreme change. Open Temple seeks to be a forum curating spiritual conversation, where people on all sides can feel safe and enter into the conversation. WE are holding space for community engagement and pluralsim; we will never discriminate based on point of view and seek to unify 'old' and 'new' Venice as we go through this adaptive change."

Coincidentally with being taken to Open Temple by a friend, I just happened to finish reading an excellent book entitled A History of the Jews in the Modern World by Howard M. Sachar. One of the many many ideas that Sachar deals with in the book is that of Mordecai Kaplan, who developed Judaism not as a theology or legal system, but rather as a "civilization."

Was it just a coincidence that Rabbi Lori is a graduate of the Reconstructionist Rabbinical College founded by Mordecai Kaplan disciples, whose work is foundational to Rabbi Lori's perspective, mission, and thought?

Check out Open Temple if at least part of you is Jewishly inclined. Who knows, you might just find your bashert- spiritual or incarnate ... or maybe even both.

(Leonard Isenberg is a Los Angeles observer and a contributor to CityWatch. He was a second generation teacher at LAUSD and blogs at perdaily.com. Leonard can be reached at [email protected])