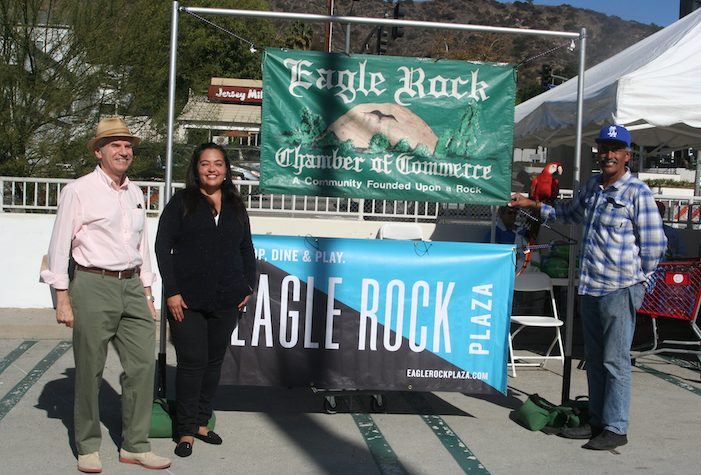 EASTSIDER - After too many politicians hosting holiday events as advertisements, it’s nice to be able to report on an honest to golly grassroots bottom up Community event for Thanksgiving!

On Sunday November 21st, the Eagle Rock Chamber of Commerce, in conjunction with the LAUSD elementary schools in CD14, hosted a Thanksgiving food giveaway for 111 local families in need.

In a number of respects, this was a very different Thanksgiving event.  First, the food consisted of a whole turkey, a pie, and enough food/veggies/fruit/ fresh baked rolls and a carton of 18 eggs enough food  to provide  each family for a week.

That’s right, healthy nutritious food, and enough for a week (depending on how large the family).  No strings, no ads.

Second, the Chamber of Commerce did not decide who got the goodies.  Instead, the local schools chose from those with the highest need, in most schools submitted the names of ten families. One elementary school submitted additional names.  That’s 111 families as assessed by our local school system, not politics.

Third, I can’t say enough about our Boy Scout Troop #199 from St. Dominics.  The scouts and their parents arrived  early, sorted out all the food into boxes, and had everything ready in plenty of time before the families arrived at appointed times to get their food.

All of the food items with the exception of the TURKEYS were purchased from our local markets in CD 14 namely Super A Foods. Note none of these foods were obtained from the LA Food Bank.

Many local residents reached deep down into their own pockets and donated funds which paid for all of the food items which was given to families in need.

By way of contrast, CD14’s Kevin De Leon held a Turkey giveaway at the same venue the day before.  It simply consisted of PR handing out turkeys to everyone  and when his event was over he failed to clean up afterwards leaving stacks of empty boxes..  Hooray for Scout Troop #199, who saw the mess when they arrived, and cleaned it all up.

Let’s also thank the various organizations and people who showed up at the event and participated.  First, of course, is the Eagle Rock Chamber of Commerce and their President, Michael Nogueira, who have been sponsoring these events for years.

Let’s also give a shout out for Atlas Capitol, who are agents for the new owners of the entire Eagle Rock Plaza.  They were gracious in allowing the event to take place on the upper level of the Plaza, over by where the Christmas Trees are getting ready for sale.

Unlike CD 14 ( No Show), Wendy Carrillo (AD 51) had a fully staffed booth for the event, and showed up in person.  Good for the Assemblywoman.  Also, I should note that Robert Gama from Representative Jimmy Gomez (CA 34th District) attended the function.  I believe both were impressed by the amount of healthy food being provided to each family.

Also, the elder care folks from Home Instead had a booth.  They have been serving the Pasadena area since 2003, and have expanded to South Pasadena, Eagle Rock, and Mt. Washington. Good folks, good services.

I could go on and on, but let the pictures tell the story, with a thanks to Al Strange, who has been taking pictures in Northeast LA since I was (almost) young. 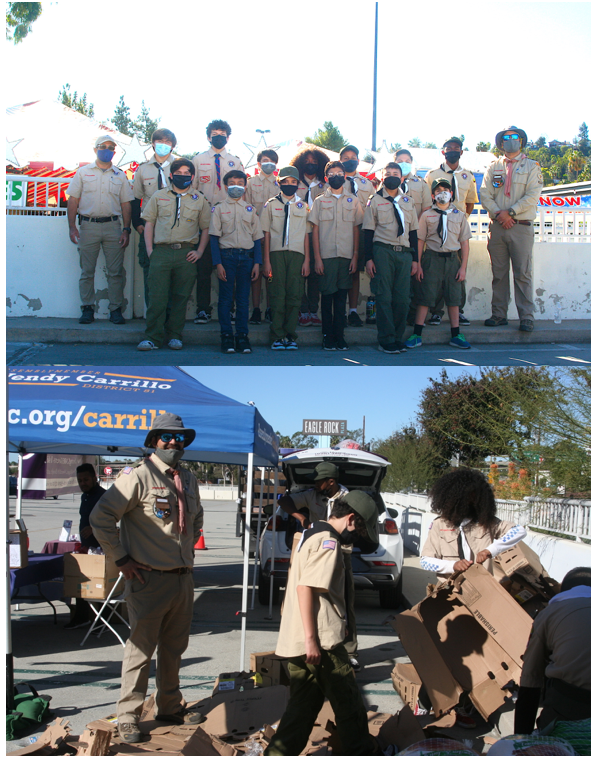 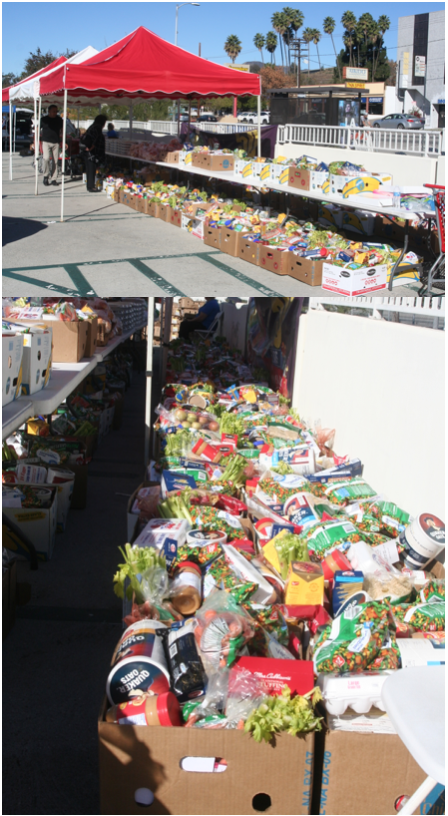 In addition to the pictures, there’s also a YouTube video by Ryan Metzler. And finally, lets not forget the  two Board members from the Los Angeles Police Museum also showed up to help.