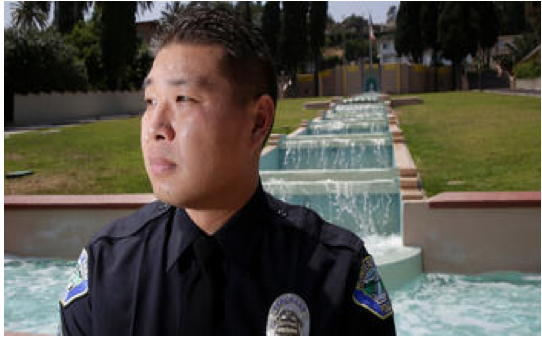 Some officers in the department, the lawsuit alleges, used to mock Asian accents “on a nearly daily basis” when speaking to the plaintiffs and used racial slurs, including “f**king gooks,” to refer to residents in the area.

The officers in question apparently “endured this discrimination and harassment for 21 years,” which the lawsuit says they didn’t bring up out fear it would affect their jobs. According to the lawsuit, two of the plaintiffs named were “retaliated against and denied assignments” after reporting discriminatory behavior.

According to the lawsuit, members of the police department targeted the plaintiffs with racial slurs and mock accents by saying things like “ching chow.” Fellow officers allegedly made race-based jokes, including those about Asian physical features and the shape of genitalia. Other jokes involved stereotypes about Asians eating dogs and cats, or excelling at math and science.

The plaintiffs allege that management regularly participated in the discriminatory behavior as well. Beyond the offensive comments, the lawsuit says non-Asian officers in the department would receive preferential treatment, less scrutiny and more lenient disciplinary measures compared to their Asian colleagues. 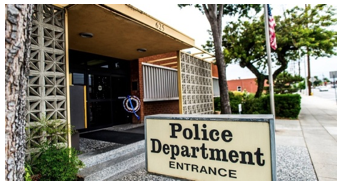 The lawsuit details a long list of racially insensitive incidents occurring within the police department, but, Jonathan Fu, public information officer for the city of San Gabriel, told HuffPost that the allegations came as a shock to officials.

“We take these allegations very seriously, but were quite surprised by this lawsuit,” he told HuffPost in a statement. “The department has sworn to protect and serve everyone in our community in a professional manner. We take that commitment very seriously, and those who deviate from it will be addressed accordingly.”

The allegations are particularly eye-opening considering the diversity of San Gabriel’s population, of which Asian-Americans make up more than 60 percent.  In the San Gabriel police department, there are only seven individuals of Asian descent among 50 full-time officers.

Though horrifying, the incidents detailed in the lawsuit are not as uncommon as one may think, Nicole Gon Ochi, supervising attorney of impact litigation at the Los Angeles branch of Asian Americans Advancing Justice, told HuffPost in an email. In fact, she’s seen other instances of workplace discriminations against Asians in California, a majority-minority state.

Back in 2012, Filipino nurses in the city of Delano won a settlement against a hospital where they were mocked for their accents and told to speak English. In Fresno the year before, Hmong casino workers sued the establishment, saying that management compared the employees to dogs and segregated and reduced the amount of hours they were allowed to work.

Ultimately, Ochi said, these lawsuits are telling of the attitudes non-Asians have toward growing Asian-American populations.

“We have seen the white political establishment (which includes power in major institutions like the police department and the fire department) push back against the growing Asian majority in San Gabriel and similar cities,” she said. “I think Asians are targeted because they are perceived as a threat given the rapid demographic shifts and their economic influence in the area.”

Experts have linked discriminatory actions with perceived economic and national security threats. During the most recent presidential election cycle, for example, now-President Donald Trump called China the “economic enemy.” Researchers suspect that attitudes like Trump’s have had serious consequences for Asian-Americans, as seen in a 2015 report showing a rise in hate crimes against the group.

Ochi told HuffPost that the media’s portrayal of Asians ― particularly Asian men ― hasn’t helped either. Too often, Asian men are emasculated, seen as the butt of the joke, or deemed as passive. The stereotypes have “definitely” played a role, she said, in the discrimination and inappropriate treatment at the San Gabriel police department.

“It cuts both ways in this particular context,” Ochi said. “If these officers are penalized because they are viewed as passive, that validates the view that the police, as an institution, are violent and value violence.”

If true, the allegations haven’t just hurt the officers of Asian descent, but the community’s civilians as well, Ochi told HuffPost. With little diversity on the force and alleged poor treatment of Asian-Americans, it’s possible that San Gabriel’s population is not being properly served.

(Kimberly Yam is the Asian Voices Editor of HuffPost where this piece was first posted.) Prepped for CityWatch by Linda Abrams.