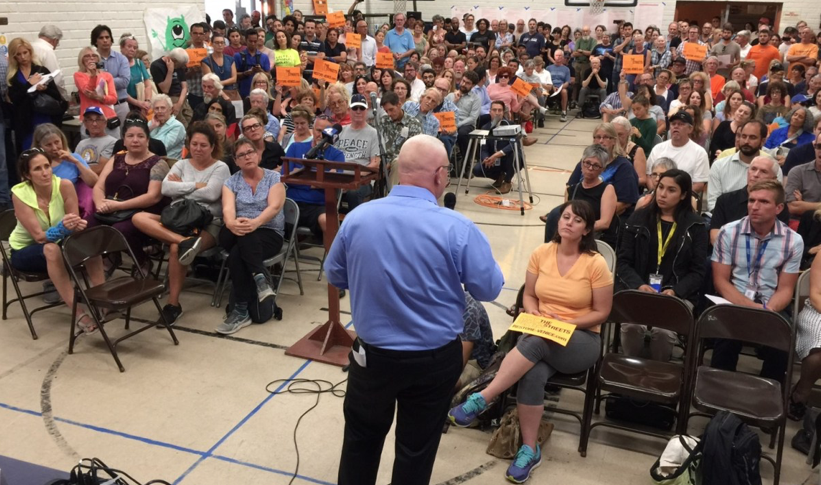 ALPERN AT LARGE--A year has passed, and after the one-year anniversary (May 20, 2018) of a sneakily-implemented and harshly-imposed Venice Blvd. reconfiguration that has, at best, had NO significant changes to safety and, at worst, WORSENED safety, on Venice Blvd. and the region the time for Mayor Garcetti, his LADOT "smart guy/guru" Nat Gale, and Councilmember Bonin to listen to their constituents.

After getting over a hundred e-mails over the past few days, from those who overwhelmingly want and will pay for more mass transit, bicycle lanes, and pedestrian safety amenities, but who also overwhelmingly reject this ham-handed reconfiguration, I HEAR YOU, and many of my Mar Vista Community Council colleagues also hear you!  (Not all, perhaps, but many.)

For those of us who remember the Bus Riders Union's former stranglehold on expanding mass transit to the entirety of the LA County region (such as the Expo Line and Wilshire Subway), it's time for Mayor Garcetti, his LADOT "smart guys/cronies" and Councilmember Bonin to remember that democracy means "majority rule" and not "special monied interests/activists rule".

So ...TIME'S UP! Enough of listening to the hundreds of taxpaying citizens, and overwhelming majority of the community, have their good will and patience and collective voice snuffed out because of a few activists who believe in crushing the voices, safety, and quality of life of that overwhelming majority (which includes the overwhelming number of bicyclists who do NOT support this project).

TIME'S UP! Enough of the false LIE that half of the community wants the Venice Blvd. Road Diet, when at best only 10-20% want it and everyone else hates it, and wants it reversed NOW.

TIME'S UP! Enough of the apologists' nonsense who ignore the negative impacts to businesses, pedestrians, adjacent homeowners and renters who now have the traffic that used to be on the secondary highway that is Venice Blvd.

TIME'S UP! Enough of the promises that this would be reversed if the reconfiguration were a failure, and that data and transparency about this promise would be forthcoming.

TIME'S UP! Enough of any sneaky transfers of public funding and private/special interest money to make a few activists happy, when ALL of the community want REAL safety measures such as better and more visible crosswalks, cleaners and safer sidewalks, easier transit alternatives, and more access (including parking!) to Mar Vista businesses and residential developments on/near Venice Blvd.

TIME'S UP! Enough of the constant and daily accidents and near-accidents that endanger motorists, pedestrians, and bicyclists, including and especially children!

TIME'S UP! Enough of a reconfiguration that was not done in compliance with ADA/disability community laws and legal requirements!

TIME'S UP! Enough of a reconfiguration that shredded over a decade of community input for what was supposed to be a beautification effort on Mar Vista, and which was (despite the LIES to the contrary) imposed in the dead of night without ANY true input or debate!

TIME'S UP! Enough of hampering the ability of first-responders to do their jobs, and intimidating them from publicly opposing a project that has put everyone in harm's way!

TIME'S UP! The number of bicyclists using the "protected" (but with lots of blind intersections) bike lane is very small, while both commuters and bicyclists avoiding Venice Blvd. in Downtown Mar Vista is very high, and stop pretending it's otherwise!