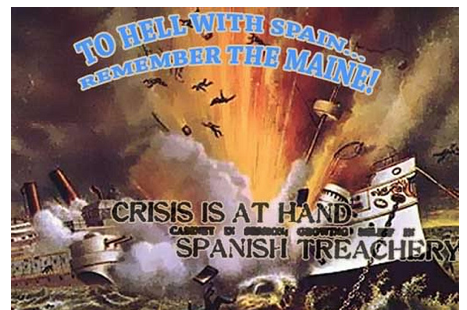 MY TURN-The most overused "buzz phrase" in today's communication is Fake News. We could even call it trendy or fashionable. Late Night TV uses it as a source to increase its ratings. John Oliver, Seth Meyers, Stephen Colbert, Shawn Hannity and Alex Jones and most of the others are creating their own style of fake news. No one who stays up that late would possibly think this is anything but satire.

But the political consequences of Fake News are something else: just look at the polarization of this country! I should also mention the proliferation of fake news in healthcare information. Dr. Oz has endorsed "miracle" products that will erase twenty years off your age for the low sum of (fill in the blank) with raging reviews from both the beautiful people and us common folk. Eggs are bad...eggs are a great source of protein...sprouts are healthy...don't eat sprouts because of chemical sprays.

Remember that slogan, "Truth in Advertising?" There used to be a real division between news and advertising. Now it’s hard to tell the difference between truth and lies. And the Internet is giving us almost too much information, along with motivational bons mots and unfounded testimonials.

Have you noticed that most front-page newspaper articles have by-lines? This is a relatively new phenomenon. When I was starting out as a journalist, a by-line or the revealing of the author of an article was rare indeed. We were taught to write "who, what, where, when and how" in the first paragraph of a news story because the pertinent information would be retained if the editors cut it down.

If one was given a by-line, it was like getting a gold star, an affirmation that you had written something worthwhile and people should know the author. Opinions were expressed either on editorial pages where the authors still retained anonymity, or in columns by named experts.

It can be overwhelming to be subjected to so such information and it’s tough sometimes to determine what is fake and what is true. However, Fake News is not new. It has gone through several guises since it first appeared in the nineteenth century.

Yes, I'm sure we can go back to the beginnings of civilization and find carvings of hieroglyphics saying false things about some person buried in a tomb. However, for our purposes, let's look at what is considered the genesis of political Yellow Journalism.

In the late 19th century, William Randolph Hearst and Joseph Pulitzer were vying with each other to win the so-called "circulation wars.” Hearst literally cooked up a war with Spain so he could increase his circulation. I couldn’t determine if Pulitzer was party to this mischief. If he was, that might remove some of the aura of winning a "Pulitzer Prize" for journalism!

That war was called the Spanish American War and was over pretty much after it started. Hearst reported in his papers on the terrible conditions in Cuba, which at that time belonged to Spain. I lost a great Uncle in that war. He was a young British communist activist who went there to fight on the side of Cuba, and, I presume, the United States, by proxy.

The name "Yellow Journalism" came to mean those items or events that possibly held a germ of truth but were greatly exaggerated. The war originated in the Cuban struggle for independence from Spain, which began in February 1895. Spain’s brutally repressive measures to halt the rebellion were graphically recounted to the U.S. public by the Hearst and Pulitzer newspapers.

Teddy Roosevelt was Secretary of the Navy when he initiated his "Rough Riders" to beat back Spain who ended up declaring war on the U.S. on April 21, 1898.

Famed western illustrator, sculptor and writer Frederic Remington worked for Hearst at the time. He went to Cuba to take pictures of all the horrible things Spain was doing it to Cuban citizens, but he couldn't find a lot to photograph. Hearst reportedly told him, “You furnish the pictures and I’ll furnish the war.” The growing popular demand for U.S. intervention became an incessant chorus after the unexplained sinking in Havana Harbor of the battleship U.S.S. Maine. The ship had been sent to the Cuban harbor to protect U.S. citizens and property after anti-Spanish rioting in Havana.

Although the Maine explosion was blamed on Spain, it was discovered much later that the ship had mechanical problems. I bet the U.S. papers never corrected the real facts surrounding that explosion.

Spain declared war on the United States on April 24, 1898 but it never had a chance against the U.S. When an armistice was declared several months later, the United States ended up with Puerto Rico, Guam and paid Spain about $20 million for the Philippines. Cuba was independent in theory but U.S. money and influence was paramount there until the Castro brothers took over.

In case it ever comes up as a question on Jeopardy, this armistice was called "The Treaty of Paris," signed in December 1898. Even though Teddy Roosevelt used it as a stepping stone to the Presidency, Hearst’s actions were an important ingredient that helped put the U.S. on the path of becoming a world empire."Yellow journalism" became part of our vocabulary.

Isn't it strange that Guam is in the news now because of North Korea? The Philippines is also in the news both for their nutty leader and because of the Secretary of State's recent visit there to shore up support for the position of the United States.

So, we can criticize "Yellow Journalism" or we can acknowledge that it gave the impetus for the United States to eventually become the mightiest power the world has ever seen, according to our current President.

Our distinguished publisher thinks the topic of fake news can't be covered in one article. He has asked me to investigate the past, present and future of this modern-day pandemic. CW readers are smart and knowledgeable but this trend has become so much a part of our lives that many times it’s hard to tell the difference between truth, hype, and outright lies. And unfortunately, there is no vaccine for this!

Let me know what you think.  As always, comments welcome.