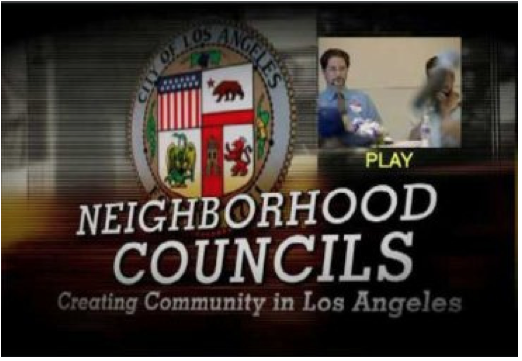 THE BUTCHER SHOP … NO BONES ABOUT IT--I love Greg Nelson’s meanderings through the stories of the origins of Los Angeles’ neighborhood councils. He was a real champion for genuine participation going way back. But he was far from alone.

Pitt runs through a bunch of victories won through community organizing across the years and leaves us this anachronistic reference:

“While neighborhood associations won’t solve all problems, they could significantly improve the delivery of public services. Bill Christopher has a litmus test. A few years ago, he says, there were only 200 people in the city who could pick up a phone and get something done in City Hall. Soon there will be 2,000 or so elected board members who could do the same, and that would be a major achievement.”

It took me so long to write this response to Greg’s recollections that most of my points have been addressed by our commenters:

I really wish Challis Macpherson could be here to comment. An imperfect Brown Act follower herself, Challis lived and breathed the principles of community representation, taking the Venice Neighborhood Council's model of land use committee operations throughout the city so that other NCs could benefit from lessons learned grappling with Venice's challenging development landscape.

Until reading this article, I had thought that, as reported by Challis and other seminal VNC members since my initial contact with GRVNC, it was the credible threat of secession by several organized San Fernando Valley communities that had forced City Hall to create the NC system in an effort to retain the tax base of an area disgusted with the so-called Gang of Fifteen approach to governance.

As such, I very much appreciate Greg Nelson's relation of the conceptual side of the NC initiative. While I agree that NCs need a lot of work - as evidenced by reported takeover by commercial development interests of several NC boards, VNC's transparency and accountability has only benefited from attention to Brown Act and ethics obligations. In fact, those attributes are often the only accountability tools available to stakeholders when Board or committee members seek ways to use their elected or appointed power to serve self-interests.

With this in mind, I look forward to understanding how a Sunshine Law could replace existing stakeholder protections. 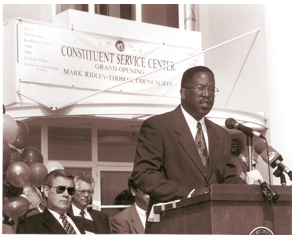 And from Arnetta White Mack:

Many residents across L.A., particularly South Los Angeles, have always believed that Mark Ridley Thomas' Empowerment Congress was the forerunner and inspiration for the creation of the neighborhood councils. Here's some info taken directly from the history section of www.empowermentcongress.org....

"The Empowerment Congress inspired the creation of the City of Los Angeles’ Department of Neighborhood Empowerment, guiding Councilman Ridley-Thomas to introduce the motion to create the department in 1997. By 2004, the new city agency had established a network of 90 neighborhood councils. Many of those neighborhood councils today serve areas known by names resurrected through an Empowerment Congress effort, the “Naming Neighborhoods” project. Concerned that many distinct communities were lumped together as “South Central,” often with pejorative effect, the Empowerment Congress organized efforts by residents to research the history of their neighborhoods and discuss their shared identity and aspirations through block club meetings, area assemblies and workshops at the annual summit."

Any recollection of MRT's work?

From the history of the Empowerment Congress, celebrating 25 years this year (1700 engaged Angelenos attended the celebration):

“Those fires of 1992 ignited the civic resolve of Ridley-Thomas’ constituents.  Their budding neighborhood improvement efforts begun the prior year were formalized into the Empowerment Congress, with a straightforward motto: Educate, Engage, Empower.”

City workers had survived the beginning of Riordan’s reign for a number of good reasons: they do a good job, even better in a crisis. We got a great big helping hand from Jackie Goldberg and a progressive majority on the City Council. Challenged to compete, workers organized labor-management enterprises across the City, beginning with trash workers, and succeeded, saving jobs and services for generations.

Involving our customers – the folks who pay the bills – seemed like the natural extension of surprisingly positive work aimed at keeping jobs and services and keeping them public. That’s why the city unions advocated for elected, empowered Neighborhood Councils, even when the entertainment unions fretted about the neighbors shutting down film shooting and the building trades unions worried about threats to development.

Was much of the impetus for neighborhood councils aimed at defusing the threat of secession? Hell, yes. Is it a good idea? Then and still.

Wanting more historical meanderings? Dr. Raphael Sonenshein worked hard to document the charter reform efforts of the late 1990s and to attempt to explain the City in his Structure of a City:

“We the people of the City of Los Angeles, in order to establish a responsive, effective and accountable government through which all voices in our diverse society can be heard; to provide fair representation and distribution of government resources and a safe, harmonious environment based on principles of liberty and equality, do enact this Charter.” — Preamble, Los Angeles City Charter, adopted by the voters, June 8, 1999.

Tony Butka remembers it with typical eloquence and laid it out precisely, on these pages, in his August 2016 piece Gelfand’s Idea for Neighborhood Councils is Crazy … Let Me Count the Reasons:

“The Neighborhood Council system, during those first heady days under Greg Nelson, were like the Wild, Wild West. DONE had a decent staff, BONC was rarely even heard from, and Greg’s guiding principle was that every NC should be able to go its own way in this great experiment -- from Bylaws to Meetings to how they wanted to organize themselves. Such was the essence of the Charter  -- ‘To promote more citizen participation in government and make government more responsive to local needs...’

The Brown Act is not the problem, all respect due to Greg Nelson. Of those there are many. But just look at how many communities in Los Angeles can get things done at City Hall.

I remember the first time I saw a $1000-suited lobbyist at a Neighborhood Council meeting.

Tony’s conclusions remain the best available advocacy; I am hopeful for the next 15 years of LA neighborhood organizing:

“I say let’s go back to when the Neighborhood Councils, not the City Council, represented the Wild Wild West and did what they could to meet their Charter mandated goal – ‘To promote more citizen participation in government and make government more responsive to local needs...’”

(Julie Butcher writes for CityWatch and is a retired union leader now enjoying her new La Crescenta home and her first grandchild. She can be reached at juliejbutcher@gmail.com or on her new blog ‘The Butcher Shop - No Bones about It.’) Prepped for CityWatch by Linda Abrams.