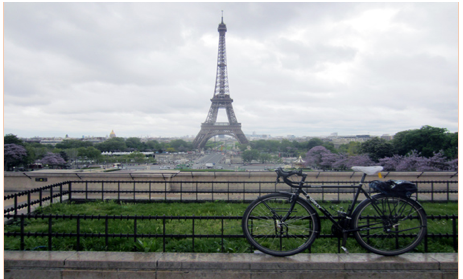 VOICES--As someone who has been critical of the Los Angeles Department of Transportation over the years for being stuck in the past, I am delighted to see them putting in more bike lanes, even if it means taking lanes out for other traffic. These bike lanes make it safer for the many people who depend on bicycles to get around for their daily needs. They also encourage more to ride for transportation and recreation. This is good for us.

Increased safety is the first reason to support bike lanes. Today many people bicycle, and many endanger themselves on streets that are not accommodating. More people would like to bicycle if it were only safe.

Second, we have to adopt a much greater sense of urgency regarding climate change. Some of the key impacts to California of the earth heating up include:

If we don’t quickly make serious changes in the way we transport ourselves, create electricity and more, we will find ourselves living on a planet that is very difficult and expensive. We are rapidly making our earth a place where life will be a struggle for all. A little inconvenience for those who drive will pale in comparison to life with advanced climate change. Let’s also care more about what we leave future generations. 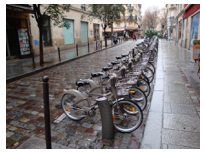 Third, due to physical inactivity we are rapidly approaching the day when 1/3 of Americans will have Type 2 diabetes.  Add to that, heart problems, aggravated asthma and other health maladies mount as we don’t incorporate exercise into our daily lives. Creating a bikeable city encourages people to leave their cars at home for a healthier, more enjoyable way to travel.

Walkable and bikeable cities are more livable (photo left, Paris). Cities dominated by cars are not places many people would want to live or visit. Los Angeles will be a much nicer place to be when we decide that bicycles and pedestrians deserve high priority.

An earlier opinion criticized the city for putting bike lanes on major streets.  It’s always good to put bikeways on quieter streets where we can.  But many origins and destinations are located on major streets. They also have traffic signals that allow us to cross other major streets, whereas smaller streets don’t.

We often view the city through the lens of the mode of transportation we take.  I urge those who view Los Angeles from behind the windshield of a car to try taking the bus sometime, and to try riding a bicycle in our streets.  You may change your perspective.  I also believe that much of the backlash on bike lanes is from people who perceive their drive in the car will be inconvenienced.  I will point out that it is hypocritical to blame people on bikes for taking up too much space, while driving around in a two-ton vehicle.

(Ryan Snyder is a transportation planning consultant and a member of the UCLA Urban Planning faculty. He is an occasional contributor to CityWatch.)