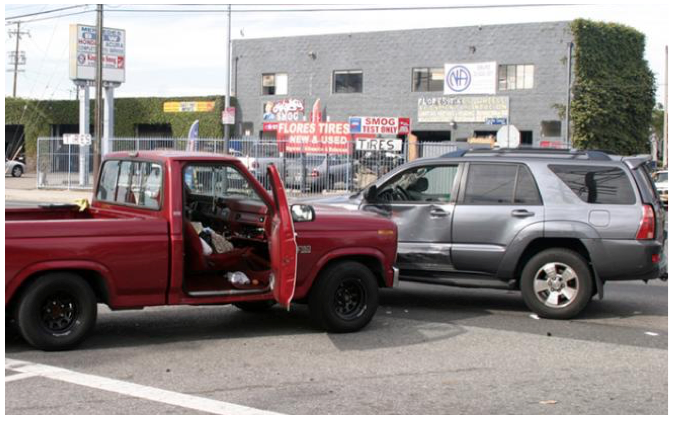 RANTZ AND RAVEZ-I begin with a reply to Dr. Dana Sherman, a professor I have known for a number of years, who I respect for his work at a local university and the volunteer time he spends at a local boy’s home. The doctor and I share mutual interests in volunteering for charitable organizations and in bicycle riding. He replied to my last article on the city’s plan to spend $24 million on Vision Zero, a program to end all fatal collisions in Los Angeles by the year 2025.

While Dr. Sherman mentioned in his letter traffic safety programs in other parts of the country and the world that have allegedly proven to be effective in reducing fatal traffic collisions, it is my sincere belief that the program will not work in Los Angeles for a variety of obvious factors. Among them are the constant traffic safety rule violations occurring on a daily basis, and the poor driving habits of many motorists brought on by distractions like cell phones. This includes traffic violations such as speeding, right of way violations, stop signs violations, failing to stop for pedestrians crossing the street and a host of others that too frequently result in fatal and serious injury traffic collisions throughout the many neighborhoods of Los Angeles.

LA City has a professional Department of Transportation (DOT) that has limited funds to engineer traffic safety measures for our local roads. The DOT does the best it can with the funds appropriated for traffic engineering and other traffic safety programs. Since the roads throughout Los Angeles are already built we can’t expect major improvements due to the existing build out of LA’s residential and commercial communities.

While I hope that improvements can be made here to improve traffic conditions and reduce injuries and save lives, I don’t believe that Vision Zero will accomplish that with the $24 million that has been pledged to eliminate fatal collisions by 2025.

There are three main principals dealing with traffic and safety:

While Dr. Sherman in his university setting deals with theory, I deal with the reality of fatal investigations and death notifications that I have done for many of my nearly 50 years of service with the LAPD in the Traffic Safety Field. Only time will tell who is correct. As of April 29, 2017, Los Angeles City has recorded a total of 77 fatal traffic collisions citywide so far this year.

Is LA getting safer or is crime increasing?

Violent crimes that include Homicide, Rape, Robbery and Aggravated Assaults reflects an increase of +17.3 %.

Property crimes that include Burglary, GTA, and Burglary from Motor Vehicle, Personal/Other Theft are up +7.4% with Part 1 up +9.4%.

All arrests in all categories citywide are down 19.6%.

It is clear that while crime is increasing, arrests are falling by double digits. I receive daily information on crime patterns in Los Angeles. The following headlines illustrate the human aspect of the current crime trends in Los Angeles and tell a frightening story that I want to share with you. This not intended to frighten you but keep you informed so you don’t become the next victim.

These are some of the Daily Headlines reflective of crime in Los Angeles. There are real people behind each and every incident. Caution and awareness are critical in these days when more and more people are being released from prison throughout the state. While the LAPD and other law enforcement agencies do all they can with the resources they are given, we must all be alert so we don’t become the next headline and crime statistic.

People and the State of California have identified the population as Male and Female and Gay and Transgender and now the California State Legislature has added a new group to the California population: Non-binary (NB). This new group consists of those individuals that are not exclusively masculine or feminine. California is the first state in the country to establish the Non-binary category for members of its population.

Traffic citations and the courts

If you have ever received a traffic citation for a moving violation, you know the anguish and cost involved. If you just pay the citation, it goes on your driving record and pulls lots of money out of your pocket. There is not just the fine but the Penalty Assessment also known as the tax. In many cases the Penalty Assessment is more expensive than the citation itself.

Now comes along a new concept from the California Courts. Other than DUI and more serious violations, the California Courts are moving toward reducing many citations from a misdemeanor to an infraction. This will clear out the traffic citations from the criminal courts and put them in the civil courts. Years ago parking citations were in a higher category and you could take a parking citation to court and even have a jury trial. Now there is an administrative hearing and the bottom line is that they want your money. To show how greedy the city has become, parking limits in the past would expire at 6:00 p.m. Now, most areas run the time until 8:00 p.m. I often see the Parking Enforcement Officers citing parked vehicles up to 7:50 p.m.

The new process, if it is approved, will be an entirely new method of handling moving violations. I am reviewing the concept and will be reporting on it in my next RantZ and RaveZ.

Happy Father’s Day to All You Dads!

If you can convince your family to let you buy a Harley Davidson for Father’s Day, come join us at Top Rocker Harley Davidson on Sherman Way for our weekly Harley ride and fun in the sun activities.