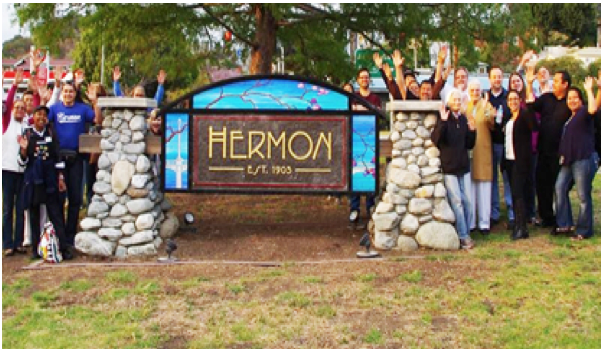 EASTSIDER-Three recently reported events by my fellow CityWatch contributors, convinced me to take a look at the further neutering of the Neighborhood Councils, which never had much power in the first place. The three events were (1) the suppression of due process in denying Skid Row a fair election, (2) the use of “exhaustive efforts” by DONE to take over the San Pedro Neighborhood Council, and (3) Jay Handal’s report on BONC excluding regular stakeholders from being able to participate in some NC Committees.

Wow! Further proof that, the City has worked with all its bureaucratic tools to de-fang, neuter, economically stifle, and otherwise trivialize Neighborhood Councils since the original Plan went into effect in 2001.

Looks like I was an optimist -- these recent events demonstrate that the City Council, BONC and DONE have again fundamentally changed the rules of the game. This time with no pretense and no kiss. Sadly, I was too busy writing about City Council and Congressional elections to be paying attention to some pretty basic undermining of the Neighborhood Council System.

This issue is complicated and important enough that it is going to require its own full column, but here’s a taste. The basics are clear. Way back in the day when the Downtown Neighborhood Council boundaries were being drawn, I was a participant in many of the startup meetings, even working the polls during their first election.

Back then, the mantra was inclusion and diversity, not to mention that you needed to get to 20,000 souls to actually have a Neighborhood Council. While interest in the Skid Row community was tenuous for the rest of the NCs, at that time a whole bunch of SRO’s (Single Room Occupancy organizations) and Skid Row activists did a wonderful job participating in the process of setting up and running the Downtown LA Neighborhood Council (DLANC.)

I lost track sometime around 2012, but apparently the City’s interest shifted from helping the dispossessed and vulnerable, to keeping Skid Row under control -- even as the unaffordable “affordable housing” development boom became the new slush fund for our politicians.

The recent direct interference in Skid Row’s attempts to split from the Downtown Neighborhood Council is simply an affirmation of this proposition. BONC and DONE set up the rules, and ultimately DONE did the bidding of their Lords and Masters to overrule the duly constituted Panel empowered to rule on election irregularities.

Manipulation of the internal workings of Neighborhood Councils is nothing new for DONE and BONC, but until recently it was used primarily in Northeast LA, in places like Boyle Heights, El Sereno, Highland Park, Lincoln Heights, Cypress Park, Echo Park, and threats to my very own Glassell Park.

So to us, factionalism and attempting to sanction and/or replace Council Presidents is not a new thing. Heck, in Glassell Park I have an appeal in to BONC to allow the Council to get rid of a toxic Board President that dates back to the mid-2000s. To no one’s surprise, it was mysteriously taken off calendar -- permanently. I guess BONC got a special dispensation for their own “purgatory.”

But the San Pedro event smells a lot worse than even what the Northeast is used to. Here, Council President Mona Sutton was under attack for her actions to get rid of the Vice-President, leading to an agenda item for her removal. What was different here from the normal messy democracy-in-action food fight, was the fact that Ms. Sutton has the protection of Councilmember Joe Busciano and had been appointed as a zoning commissioner by Mayor Eric Garcetti.

So DONE was told to send in Stephen Box to fix things, and he wound up in the middle of a good old fashioned meltdown. Still is, since there remains a quorum question, not to mention the “exhaustive efforts.” Once again, the outcome of all this will be determined by the City Attorney, who will control the outcome through some “confidential” legal opinion. And we all know that the City Attorney’s real client is the Council and the Mayor, not Neighborhood Councils.

The irony here is that the backdrop to the San Pedro’s NC problems goes back to the “anti-homeless” movement in San Pedro. I guess all the homeless are really good for in LA is $1.2 billion dollar bond measures and 1/2 cent sales tax increases.

BONC and Up Front Collusion

But (hat tip Jay Handal) they evidently outdid themselves at their May meeting when they approved a Bylaw for the newly certified Hermon Neighborhood Council that says that no non-Board members can serve on ad hoc committees.

Now, forget for a moment that even the creation of the Hermon NC, with less than 4000 souls, is contrary to the Plan which requires a minimum of 20,000 people for a Neighborhood Council.

(i) Census tracts as a means of complying with the minimum population size of 20,000 Neighborhood Council Community Stakeholders.

This whole deal was a fix engineered by none other than God’s Gift to the Eastside, Jose Huizar.

If you go back and look at the history, Huizar made a motion in 2012 to allow people to petition BONC for “boundary adjustments,” as he euphemistically called his Motion. It seemed, at the time, that the motion was politically motivated against the ASNC (Arroyo Seco Neighborhood Council) which was evidently not playing nice with Mr. Huizar.

His motion sat in a suspense file until late 2013, when DONE and BONC did their duty and supported Huizar’s motion with a bunch of gobbledygook that said “yeah, this is a great idea.” Again, nothing happened until late October 2015, when the Rules, Elections, Intergovernmental Relations, and Neighborhood Committee voted to move forward with the proposal.

According to the files, Huizar was on the Committee, and personally made the pitch. Slam bang, a 3-0 vote, and on for adoption by the full Council in November 2015 without opposition. After that, again nothing happened until August of last year when the City Attorney drafted a new Ordinance.

Finally, after the Ordinance was adopted. DONE fooled around until March 2017 when they proudly announced a Neighborhood Council 2017 Subdivision Manual (Rev) -- just in time for Hermon to get its way and have an election with something like 3500 people.

To show how important this was to the stakeholders of Hermon itself, the Eastsider reported that out of 3500 or so eligible voters, something like 546 actually bothered to vote. I say 3500 “or so” because anyone who lives, works, or has community interest in a community can apply to vote.

Clearly this new NC was of critical importance to someone other than the stakeholders of Hermon.

I don’t know what kind of slimy deal someone in Hermon made with Huizar, but it is a reasonable assumption that there was one, since none of this makes any rational sense. Given this context, is it any wonder that they are allowed to exclude non-Board members from their doings?

Ya’ gotta love our City of the Angels, and here’s a wonderful context for this article. While everyone else is slowly driven out of their homes by our City Council’s “affordable housing” policies, his honor the Mayor and the Council recently got on their knees to the rich and famous, providing them with a private terminal at LAX so they don’t have to even brush up against the masses. Yes sir, no TSA hassles, no baggage problems, no boarding gate issues, and no public.

The cost? $7500 to play and about $2700 a pop each time you actually use the service. There you have the heart and soul of Nuevo Los Angeles.

At the same time, the Neighborhood Councils have devolved into becoming appendages of the City Council, instead of the honest thorns in the side of an unresponsive government like they were designed to be under Charter Reform.

It seems to me that there is a pretty straight line from what the Mayor and a councilmember want to what BONC and DONE actually do. Kiss the ring of the Councilmember and you too can have a Neighborhood Council of 3500 vs. 20,000 stakeholders, mirror a councilmember’s anti-homelessness stance, or keep captive an already disenfranchised segment of the City’s downtown.

So I guess we shouldn’t be surprised with the recent diminishment of our Neighborhood Councils. But I do think we should be disgusted.