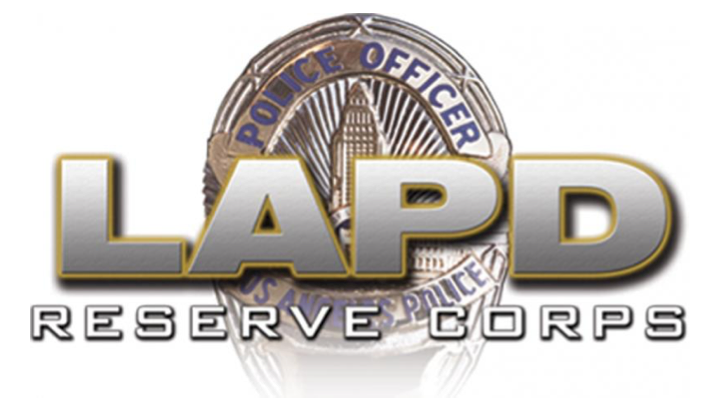 RANTZ AND RAVEZ-The 70 Year Anniversary of the Los Angeles Police Reserve Corps was celebrated on Saturday evening, April 22, at the Skirball Cultural Center in the hills adjacent to the 405 freeway and Mulholland Drive. There were celebrities present, along with active and reserve LAPD police officers and their families. Chief Charlie Beck came to greet arriving guests along with members of the LAPD Command Staff. Even former Los Angeles County Sheriff Lee Baca attended the banquet to show his support for the men and women of the LAPD.

Dr. Phil McGraw was honored for his unwavering support for law enforcement officers across America. Los Angeles City Councilman Mitchell Englander was also honored as an LAPD Reserve Officer along with Bob Keller, a retired LAPD Sergeant and Reserve Officer Coordinator and current elected official in the city of Santa Clarita. Throughout the festivities of the evening there was great and sincere recognition for the Reserve Officers from the 21 Patrol, Traffic, Air Operations and many specialized divisions throughout the city. Officers were acknowledged for their true and unselfish dedication to the people of Los Angeles. One reserve officer was even recognized for his 50 years of service to the people of our City.

Noticeably absent was Mayor Garcetti, the City Attorney, the City Controller, all LA City Councilmembers except for Councilman Mitchell Englander (who was recognized and honored during the event) and all five of Mayor Garcetti’s appointed members of the Los Angeles Police Commission.

My ride on the Metro Orange and Red Lines to downtown on a Friday night.

There was a man threatening to jump from an overpass on the 110 freeway during the evening commute time last Friday evening. I was invited to a judicial dinner at the Biltmore Hotel and did not want to be late. Since I was in the West San Fernando Valley and did not want to get caught up in traffic gridlock as reported on KNX Radio, I decided to take the Metro Orange Line to the Red Line in North Hollywood and hopefully arrive on time.

I missed the first bus and had to wait for the second one to arrive. I boarded the Orange Line Bus and headed to North Hollywood. I was the only person on the bus wearing a suit. There were the usual public transit riders listening to music on their cell phones and eating and drinking on the bus. The ride went smoothly. I arrived in North Hollywood only to miss the Red Line Train that left just as I approached the boarding area. I waited around 20 minutes and took the next Red Line headed for Union Station. When I sat down, I immediately felt liquid on my pants from something that had been spilled. So now I was wearing whatever it was on suit my pants. Once I found a dry seat and sat down again I started to question why I chose to take public transit rather than drive my car.

We finally arrived at the Pershing Square station. I left the train and walked the short distance to the Biltmore Hotel and located the event in the banquet room where everyone was already seated. I found the seating chart and located my seat at table 15. The program had already begun; people were eating their salads. Around 30 minutes later, a person arrived and was seated to my left. This individual was the Consul General from Egypt. We discussed his late arrival. Somehow he had ended up in San Pedro and had to drive back to downtown for the event. His delay could have been caused by the individual who was threatening to jump.

The evening concluded and I walked back to the Pershing Square Red Line station and waited for the rail car to arrive. I boarded the train and headed to the North Hollywood Metro Station. While traveling on the train, I noticed a large amount of trash on the floor of the rail car. At one of the next stops, a Metro employee wearing an orange vest and pushing a large gray trash can boarded the train but stood there doing nothing. He ignored the trash on the floor and exited after a few stops. I don’t know if he was just lazy or if it “was not his job” to pick up the trash. My evening of adventure concluded at the Canoga Park Metro parking lot where I walked to my car and drove home.

I did not notice any law enforcement personnel on any of the Metro vehicles I rode. The lack of visible presence of law enforcement personnel is one of the reasons many people refuse to use the Metro bus and trains to get around Los Angeles. Personal safety is critical when utilizing the Metro. Stats reveal a significant drop in the number of people that ride the public transit lines in Los Angeles.

Metro is now charging for parking in the North Hollywood Parking lots. The cost is three dollars. Just another reason to avoid taking the Metro in Los Angeles.

They tricked you once again!

Senate Bill 1 established a new formula to rip more money out of your pocket when you purchase gas or diesel fuel. The current gas tax is increasing along with diesel fuel and your license plate fees.

What the Establishment failed to tell you is that all the components of the gas, diesel fuel and license plate surcharges include a clause allowing for inflation. Yes, ladies and gentlemen, all the prices in the new gas formula are tied to inflation and the same goes for car registration. As your fees increase, remember to blame the Governor and the Sacramento politicians who voted for this and pulled another one over on you.

The articles you have just read are a true reflection of my most recent experiences residing in Los Angeles. I welcome your comments and observations at Zman8910@aol.com.