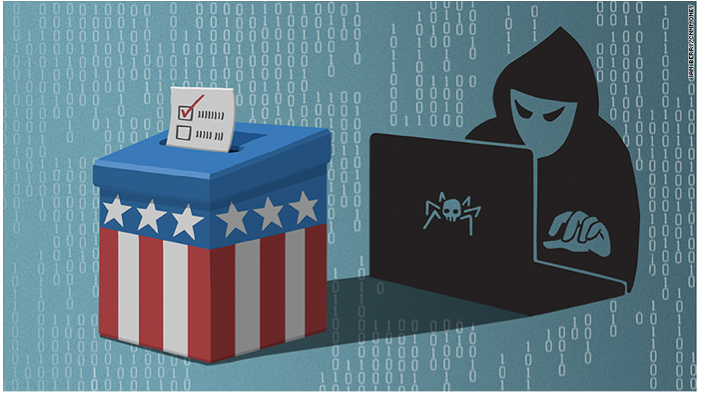 CYBER CRIME FOR SALE-Last March, Bloomberg Business ran an article called “How to Hack an Election” in which Andrés Sepúlveda, a computer hacker now serving time in a federal prison in Colombia, describes his career rigging elections throughout Latin America. Usually, Sepúlveda explains, he was working for Juan José Rendón, a Miami-based political consultant who’s been called the Karl Rove of Latin America.

For $12,000 a month, according to the article, a customer could hire Sepúlveda and a crew of 5-10 to hack smart phones, spoof and clone Web pages, and send mass e-mails and texts. The premium package, at $20,000 a month, also included a full range of digital interception, attack, decryption, and defense.

“My job was to do actions of dirty war and psychological operations, black propaganda, rumors,” Sepúlveda is quoted as saying, “the whole dark side of politics that nobody knows exists but everyone can see.”

Pretty shocking stuff, but get together a group of government watchdogs these days, and you might be surprised what you hear. The truth is that a fair number in that community have experienced first-hand some of the dirty tricks just described. And not in ways that are subtle or open to “gee that’s paranoid” dismissals.

Recent examples include a “black hat SEO [Search Engine Optimization] technique called cloaking. ‘Black hat’ SEO is defined as the use of unethical methods to manipulate search engine results. The technique, called ‘cloaking,’ refers to any of several means to serve a page to the search-engine spider that is different from that seen by human users. It can be an attempt to mislead search engines regarding the content on a particular website.”

Watchdogs’ computers have been hacked, some through a specific technique called “rootkit,” which is a malicious software that takes full control over a system, while overriding anti-virus software.

And then, outside of computers, there’s a recent example of “this kind of thing doesn’t happen in the United States, does it?” dirty business. And it involves an author of this piece, LA City Council critic Eric Preven who, seated quietly at a meeting, caught on audio a police officer threatening to arrest him if he was “ruled out of order” by the Council President. Arrest was not a sane option given the situation.