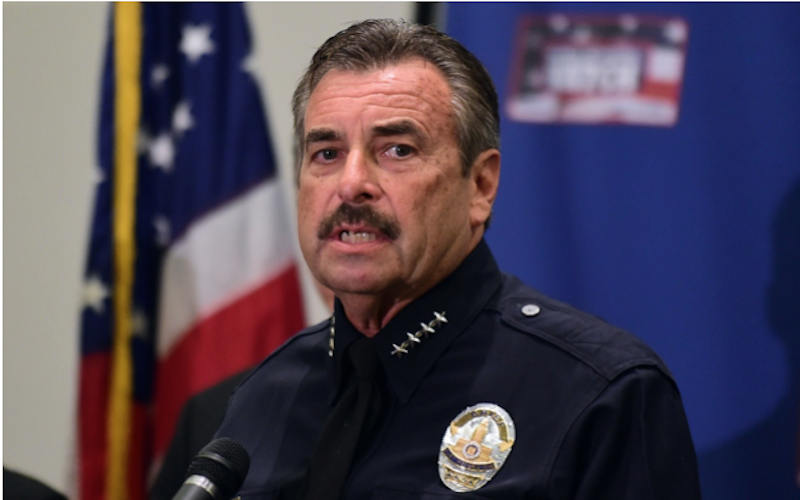 TASER TROUBLE-Last chance for Charlie Beck. Back-to-back Taser-stained police shootings last weekend--one by LAPD officers, the other by LA County Sherrif's Deputies--have brought things to a head, and it’s time for Beck to make a choice: will he pull the plug on his aggressive Taser deployment policy, or let it pull the plug on him?

It may be too late. To save his legacy there's two things he can do:

First, take the lead in the nation in calling out Taser International for what it is  -- a fraud -- and then dump it wholesale, demanding LA’s money back.

Second, take the $370 million all-overtime contract he just snatched for providing Metro security and use a big portion of it to subcontract a private security force that can field enough personnel to provide each bus a dedicated guard.

The jury is in: not only do Tasers fail to reduce police shootings, they cause them. The two police shootings last weekend were just two more data points on a graph that everyone in law enforcement across the country knows to be true.

1) Tasers fail up to fifty percent of the time and thereby not only provoke the subject into aggressive behavior (leading to shootings by police officers) but also leave the officer exposed at close range and so more in need of using deadly force. Taser International advises officers to avoid shooting at the torso of a subject for fear of causing cardiac complications. At which part of the body is an officer supposed to aim?

2) There is already an effective means of subduing subjects -- pepper spray -- which, however awful and imperfect, is reliable. It’s also sufficiently messy and inconvenient to discourage unwarranted use. The groan of rank and file cops over having to suffer that inconvenience will be like the groan of teenagers being forced to do something that they know is right.

Charlie Beck let the Wall Street wolf into the chicken coop. By masquerading as pro-cop, the hedge fund managers who own Taser International are laughing all the way to the bank.

Monday morning the City of Los Angeles Claims Board will grapple with a multi-million dollar Taser-involved police shooting judgment from 2013. What if the shootings last weekend had taken place at a Metro stop under Beck's all-overtime contract? The liability would be off the charts.

It takes a village to put so many people -- cops, civilians, taxpayers -- in harm's way, but Eric Garcetti is off this weekend at what the Times is calling a “cattle call” for Presidential hopefuls, and he’ll be long gone when all this comes crashing down in flames.

Will Charlie Beck's legacy come down with it?