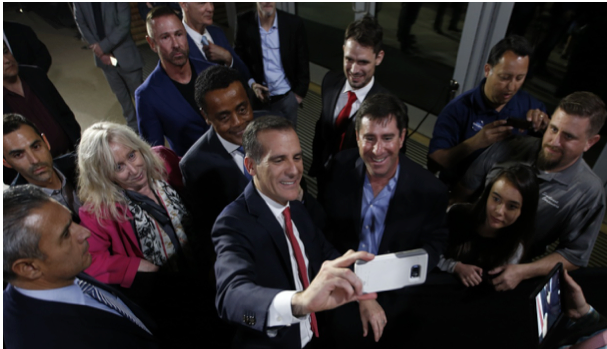 MY TOWN--One upside to the acrimonious debate over the ill-fated Measure S is the number of people who have been pulled into the discussion over the future of our City. Of course, this new engagement didn’t seem to translate into actual voter turnout, but … baby steps, right?

The resounding victory of the No on S campaign – even without the benefit of a catchy, rhyming slogan – places the burden squarely on that unlikely coalition of billionaires, Berniecrats, bankers, and bicycle advocates to come up with solutions to the various crises we face as a result of the status quo.

After all, Measure S sought to change that status quo – the opponents fought to keep it in place. And by status quo I mean the longstanding practice of granting zone changes to specific projects contrary to the language of the City Charter. I don’t mean to imply opponents of Measure S want to keep the City as it is.

To the contrary, the No on S crowd seems to want a development-driven Utopia, where housing is cheap and abundant and the homeless cease to exist. If you, like me, actually kind of like Los Angeles as it is – you are in a distinct minority. Apparently, a majority of the ten percent of registered voters who actually vote in Los Angeles would prefer LA to be more like Houston – where the absence of zoning laws have kept rents low and developers happy.

We know what Rick Caruso, CIM Group, and Wells Fargo want: more development. And for the armchair activists so recently engaged in local politics, that should be good enough. With each new glitzy skyscraper, the pro-development-at-all-costs people can pat themselves on the back secure in the knowledge that they’ve done their part for the poor, the displaced, and the homeless. Well done people!

But for those of us more engaged in the actual struggle of the poor, undocumented, and homeless in our communities, we all should be able to agree that Phil Anschutz has not exactly been waiting for an excuse to ride in on a white horse and save us.

Nonetheless, the No on S coalition have pointed to several specific actions designed to help the poor, the young, renters, and the homeless that otherwise would have been stymied by passage of Measure S.

For example, the opponents of Measure S argued that many essentially shovel-ready affordable housing units would have been stopped by Measure S. Since Measure S no longer poses an obstacle to those projects, we should be able to track their progress.

The same can be said for rising rents and home prices as well as loss of rent-controlled units and displacement of long-term low-income residents – all of which the opponents of Measure S told us would be increased by the measure’s passage. The removal of Measure S from that equation should be expected to result in a decrease in that type of activity around the City. Let’s see how that works out.

Finally, we’ve been told that the City has committed itself to updating the zoning laws on a regular basis in order to respond to the changing needs of our communities. In fact, the City has recently passed an ordinance requiring update of the community plans every six years. Let’s see if the City Council lives up to that commitment.

Since the opponents of Measure S consistently told us that updating the zoning laws was a long, onerous process – and, therefore, we couldn’t afford Measure S’s moratorium in order to pressure the City to update its plans – this particular goal should be something we see progress on fairly quickly. We shouldn’t need to wait six years, in other words, to know whether the City is going to update its community plans.

Although every ounce of optimism has been wrung from my soul by the long slog to make some positive change in this City, those who opposed Measure S seems fairly giddy at the sea change this election has brought. Let’s see if they can deliver.