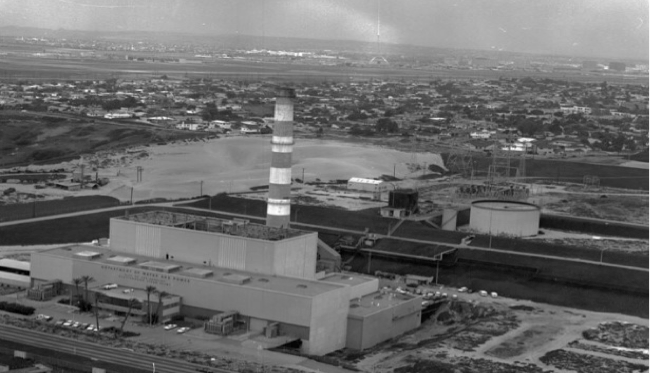 SPECIAL TO CITYWATCH--A storm is brewing in the City of Los Angeles. Despite clear direction by the Los Angeles City Council to move the City along a path to 100% clean renewable energy, the Los Angeles Department of Water and Power (LADWP) is moving forward plans to dump money into  new and  costly fossil fueled power plants.   LADWP’s insistence on these power plants also puts it at odds with Mayor Garcetti, on the need to address climate changing emissions--and appoints all of the members of LADWPs Board of Commissioners.

This fight comes during a time of renewed scrutiny of how we meet our energy needs across the state. Recently, a Los Angeles Times investigation found that “Californians are paying billions for power they don’t need.”    The story is an important look at why California’s energy regulators keep approving new natural gas power plants even though it is clear that California “has a big--and growing—glut of power.”  I am confident that I don’t need to label the following as a spoiler alert: the answer is a poorly designed deregulation scheme adopted in 1996, combined with poor regulatory oversight, and utility company self-interest that exploits the system to maximize its profits.

DWP faces a much deeper problem than self-interested profit maximization: intransigence.  The DWP is fighting for its own very expensive glut of natural gas power.   It has proposed to spend $2.2 billion by 2029 on rebuilding natural gas power plants, not because it needs the energy, but because, it seems, it cannot envision an energy system for the 21st century.

LADWP is anchored to the past—the energy vision of its founding more than100 years ago when giant, centralized fossil fuel power plants churned out electricity (and pollution) to the sprawling city.

Further, energy generation isn’t only centralized fossil fueled power plants, it’s on roof tops and in garages with resilient micro-grids and interactive communication networks between users and generators of energy.

Instead of embracing the future of energy, the DWP staff is trying to push through power plants even though it has plenty of capacity to generate electricity that is needed to meet the City’s energy needs.  The record peak demand for DWP was in 2014, when it reached 6,396 MW.  DWP has 7,880 MWs of capacity—that’s nearly 20% more than the City has ever used.

Also, the City’s energy use is declining because of increases in energy efficiency over time. The DWP forecasts the trend will continue with at least a 2% decline over the next 5 years—and that decline doesn’t acknowledge the increasing levels of rooftop solar, or expanding energy efficiency, or demand response programs. And you know what else? The power plant units that DWP insists upon rebuilding don’t run very often.  One ran at about 44% of its capacity in 2015.  The others ran between about 2% and 24%.

Look, facts are facts—even today.  And in the LADWP’s massive 596 page energy plan, it never provides a clear answer to the obvious question: why do you need to sink all this money into these power plants?

We asked DWP to provide data to support its claim that this massive investment in these fossil fueled power plants is needed.  To date, DWP has not provided that data. Instead, they say the new units will use less ocean water than the current units and make the truly shocking claim that natural gas is a “bridge fuel.” Not only do neither of those responses have anything to do with meeting the City’s energy needs, it’s also as if the DWP has slept through both the Aliso Canyon gas release disaster and the revolutionary advances in battery storage technology.

For example, last year Southern California Edison decided to build a massive battery plant in Long Beach to eliminate a natural gas peaker power plant—and use less ocean water.  A “bridge” to the future?  More like an anchor to the past.

The next step DWP should take is quite small, really.  DWP staff is requesting approval from its Board of Commissioners to sink an estimated $630 million into rebuilding portions of the Scattergood power plant.  Last year, because those units almost never ran, they provided less than 50 MWs of energy capacity to the City. Replacing that capacity with clean energy is a project that should easily be within the reach of DWP. The Commissioners should refuse to allow the Scattergood rebuild to move forward.  The ratepayers, and breathers, of Los Angeles deserve better.

The City Council and the Mayor have articulated a vision of a clean energy system for the City of Los Angeles.  If the staff of LA DWP won’t provide the leadership to make that vision a reality, the Board of Commissioners should. If they won’t, Mayor Garcetti must.