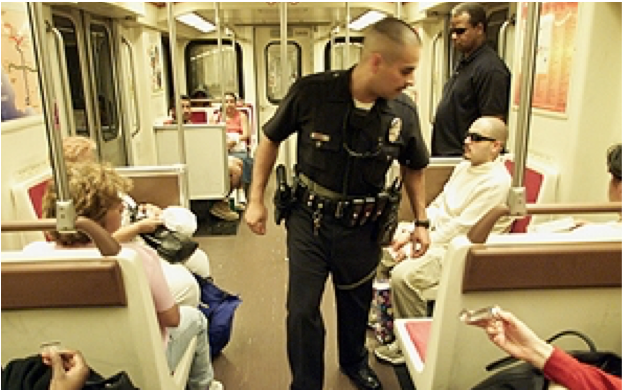 ILLOGICAL LIABILITY-Even as editorial boards across the city have been falling all over each other in a race to endorse Eric Garcetti for a second term, the Mayor has been busy sowing the seeds for LA's next budget-busting liability fiasco.

On Thursday, the Metro Board will vote whether to allocate more than $350 million dollars on Mayor Garcetti's indecent proposal to have an all-overtime LAPD force take over the lion's share of security for the Metro.

First, only a fool would argue that substantial overtime work does not lead to fatigue, and the question of whether fatigue leads to greater harm -- both to police officers and civilians -- is a settled question. Dr. Bryan Vila an ex-LAPD cop found being tired affects a police officer’s ability to exercise safe judgment, capacity to pay attention, and even certain kinds of fine motor coordination crucial in the handling of firearms and laptop-like devices that are now ubiquitous in patrol cars. Dr. Vila and others have noted that as many police deaths are caused by fatigue-related car accidents as by shootings.

It doesn't take an ACLU lawyer to see the catastrophic liability for the Metro in sanctioning a policy -- not just the frequent occurrence due to unforeseen circumstances, but an actual, premeditated policy -- of an all-overtime force. How long will it take before one of those all-overtime officers ends up – whether justified or not -- shooting a passenger or inadvertently tasing them onto the tracks?

Already, if a cop is on overtime when a shooting occurs, the liability is increased. But when the whole force is on O.T. -- sanctioned by a room full of virtually every powerful local elected official, including the Mayor and all five members of the County Board of Supervisors -- the taxpayer pays the price.

None of this is to underplay the problem of declining Metro ridership or the need for more safety officers. Though improving as of late, the Sheriff's performance has been insufficient, but a viable solution is right before us. The Sheriff's department has already made successful use of private security firms which, among other advantages, cost about half as much. The advantage of those savings in this case is that the Metro could hire double the number of security personnel -- and those are jobs for Angelenos -- which would in turn make it possible for many of the buses to have a dedicated security presence on board.

Regardless, the Metro board owes it to the public to vote down Mayor Garcetti's ultimately self-serving proposal.