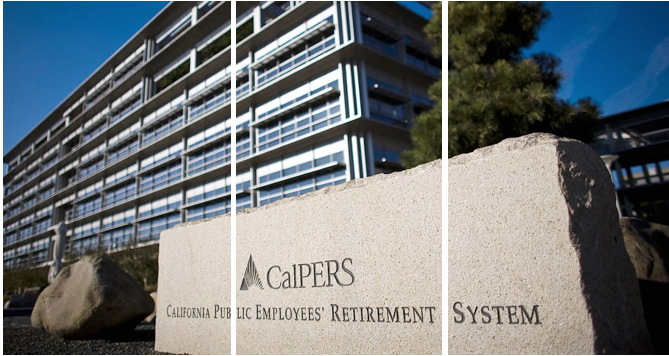 EASTSIDER-I really don’t mean to keep pickin’ on CalPERS, but lately their Board and smarmy General Counsel seem to be doing a better job of “ready, shoot, aim!” than Donald Trump.

Recently the CalPERS Board held a junket, I mean retreat, in beautiful Monterey, out of public sight, and without any of the usual videotaping of the event. It must be really rough to be a Board/staff member looking out for our pension money. At this event, a cabal of the appointed members got together to take out the one Board member who has displayed the openness and transparency that the rest pretend to care about.

That Board member is JJ Jelincic, an actual elected member of the Board who has the temerity to ask questions before the Board does what staff tells them to do. Evidently this Board has a penchant for deliberately keeping you and me in the dark.

Presided over by Rob Feckner, the thirteen-time elected President of the Board, they might have gotten away with it if someone hadn’t managed to produce a transcript of the hit job. Mr. Feckner personifies the “go along to get along” mentality and he’s been doing so even as he praised Fred Buenrosto back in 2008. For readers of this column, good old Fred was about to be indicted.

Below is my open letter to Governor Jerry Brown, requesting an investigation into the event and the replacement of the three Board members who are currently appointed: Bill Slaton, Ron Lind, and Dana Hollinger. If you would like to look at the transcript of proceedings I refer to in the letter, you can find it here.

Via FAX and mail

As a third generation Californian, I have been a supporter of yours since your first term in office as Governor, further back than I would care to remember. You have been a pillar of California politics during most of my adult life, and I believe a positive one. These days, I view you as the lone grown-up in the California Democratic Party, fortunately for us, curbing the excesses of our assembly and senate to steer a rational course for the State.

I am writing you as a retired state employee and beneficiary of CalPERS, regarding the inexplicably bizarre actions of all of the three appointed members of the CalPERS Board of Governors, in engaging in a scurrilous attempt to unseat an elected Board member, JJ Jelincic, for unspecified “breaches of confidentiality” regarding Board information. If somebody tried this stuff in the legislature, they’d be laughed out of the building.

The main leader in this charge is your direct appointee, Bill Slaton, who I believe is clearly abrogating his fiduciary duties in favor of a witch hunt on the one CalPERS Board member who has been willing to speak out in favor of transparency over the last few years.

In short, Mr. Slaton has utilized his position to lead a charge, in secret, to sanction a fellow Board member and force him to resign, “or else.” This event took place at an offsite retreat in Monterey which was not videotaped as regular Board meetings are. I attach for your review a copy of the seven page transcript of the discussion in question.

Mr. Slaton proposes to ban Mr. Jelincic from “attending any closed sessions conducted by any committee or the full board”. The allegedly egregious conduct which would warrant this unprecedented and arguably unlawful action is nowhere specified in the discussion by Mr. Slaton, as you can see from the transcript.

Directly thereafter, Ron Lind, the joint appointee from the legislature (Senate and Assembly), slides in to support his buddy, and another of your direct appointees, Dana Hollinger, wants “a trial.”

Presided over by Rob Feckner, the 13-term President, the transcript reveals a fairly well choreographed, in private attack on Mr. Jelincic, who is actually elected to his position.

So, out of the thirteen members of CalPERS Board, all three of the appointed members basically conspire with the President to take out an elected Board member. I don’t get it. This kind of ‘in my briefcase I have the goods, but I won’t show them to you’ behavior smacks of the days of the House Unamerican Activities Committee.

As virtually all of my law enforcement friends are fond of saying, ‘if they aren’t doing something wrong, why are they afraid to make everything public”?”

Even more preposterous, the basis of Mr. Slaton’s attack is that somehow Mr. Jelincic is breaching his “fiduciary duty” in these unnamed disclosures. Evidently Mr. Slaton forgot that the fiduciary duty of the CalPERS Board is to the beneficiaries of the system rather than some kind of smarmy internal politics of the Board itself. Of course, having hired a sleazebag Florida lawyer who wasn’t even licensed in California as the Board’s outside fiduciary counsel, what can we expect?

If this letter sounds like a rant, I apologize. I know that as Governor you have your hands more than full with the legislature & the budget, and don’t have much time to pay attention to CalPERS. You do, however, have a staff, and I would strenuously urge you to have them look into this matter. This issue directly affects the economic security of us, the beneficiaries. CalPERS is playing around with some $300 billion dollars and some 1.6 million Californians’ pension money, including yours truly, and the Board should not be playing children’s games.

As you know, public pensions in general, and CalPERS in particular, are under unremitting attack by those who would like to privatize or fundamentally diminish defined benefit plans. Trying to muzzle an elected Board member whose only crime lies in openness and transparency, just gives the fund’s opponents ammunition. The Board needs reminding that theirs is not a private club that can hold secret meetings and do as they will.

In the event that you determine that the substance of my allegations is true as to what took place, I would urge you to directly remove and replace Bill Slaton, and direct someone to have a chat with Dana Hollinger and Ron Lind. Unlike the elected Board members, you clearly have the authority to do this for appointees.

Perhaps Mr. Slaton’s talents would be better utilized in playing with community banks and the internal operations of the Sacramento Municipal Utility District, instead of the CalPERS Board of Directors.