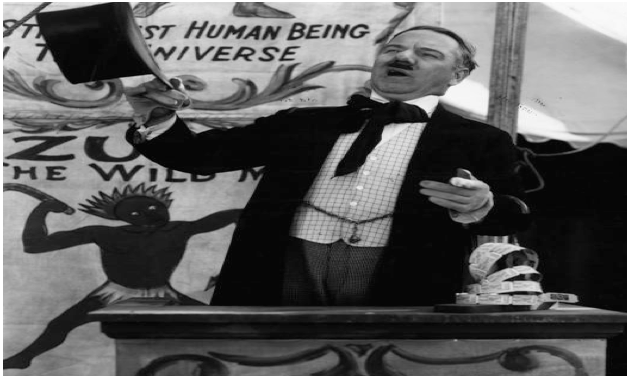 PLATKIN ON PLANNING-In an increasingly desperate tactic to stop Measure S, Big Real Estate -- a handful of large real estate companies -- is opting for the Big Bamboozle. They are pulling out all the stops to defeat the Neighborhood Integrity Initiative in LA City’s March 7 election.

Their Big Bamboozle is a pack of blatant lies targeting key interest groups in the hope that they can sway them into voting against their own self-interest. The goal is to keep City Hall’s pay-to-play soft corruption in motion for their pet mega-projects. But, when their whoppers fail to gain traction, their fall back position is an old magician’s trick: distraction. Their strategy is to keep the voters’ attention averted from Measure S’s primary impact: ending City Hall’s soft corruption for the spot-zoning and spot-planning that allow hundreds of parcel-level mega-projects to sprout up in nearly every nook and cranny of Los Angeles.

In this case, their magic trick is to conjure up obscure, hypothetical conflicts with Measure S. The hope is that low information voters will think these imaginary scenarios are so real and so important that they will prevail over the real corruption and real spot-zoned mega-projects harming communities throughout Los Angeles.

Why is Big Real Estate opting for this smoke and mirrors?

There is no mystery here. They want to make sure that such minor hurdles as LA’s legally adopted General Plan element and their zoning implementation will not block their business model: squeezing as much profit as possible from individual parcels through unplanned, openly illegal mega-projects. But, since it impossible to win an election with such an honest, but highly unpopular campaign position, Big Real Estate has only two choices. They can sacrifice some short-term profits by adhering to Los Angeles’ land use laws. This means building by-right projects that conform to adopted General Plan elements and the Los Angeles Municipal Code (LAMC).

Their other option, the one they have turned to, is the Big Bamboozle: throwing the kitchen sink at Measure S, hoping that enough gunk will stick so City Hall’s corrupt political culture can linger on. They are crossing their fingers that once the March election is over and the Los Angeles Times’ impressive coverage of their skullduggery fades; they can re-emerge from the barely drained swamp.

If they pull off this Big Bamboozle, newly adopted General Plan Elements, including Updated Community Plan and zones, will be severed from City Hall’s land use decisions. Those major cases with multiple entitlements that preoccupy City Hall and Neighborhood Councils – to the tune of between 300 to 600 per year – can then reemerge, at least until the next round of public outrage sweeps Los Angeles.

Who are Big Real Estate’s players in this “Toxic Sludge is Good for You” game? 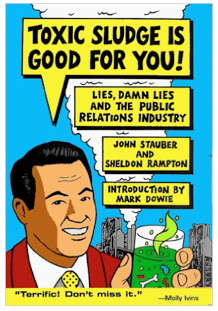 As I previously wrote there are four major Big Real Estate players funding the opposition to Measure S. These large firms have a global reach, with billions of assets stretching far beyond their pay-to-pay operations in Los Angeles.  They include:

What is their actual Bamboozle?

Like every magician, these opponents of Measure S are trying to keep voters distracted by obscure, rare, or totally hypothetical glitches with the Neighborhood Integrity Initiative until March 7. For example, at a recent Measure S debate in Sherman Oaks I heard the following allegations, all of which fell apart when I researched them:

Who is being targeted by the bamboozle?

For nearly an entire year I have repeatedly asked City Watch readers to identify any affordable housing projects that required a General Plan Amendment or even a zone change to begin construction. So far, I have only been told about one case in all of Los Angeles. And, City Planning's recent Citywide Metrics Report confirms this. Only two (2 !) percent of LA’s new housing is affordable, and this tiny fraction results from Density Bonus/SB 1818 projects, not the City Council adopted spot-zone changes and spot-General Plan Amendments barred by Measure S.

Another allegation against Measure S is that it will prevent the construction of affordable housing on parcels owned by the City of Los Angeles. In fact, the idea of building affordable housing on City property originated with Mayor Tom Bradley in 1988. That is nearly 30 years ago, and as far as I can determine, since then the only result has been the use of air-rights above several city-owned parking lots for affordable housing.

In three decades the City of Los Angeles has not managed to use any of its 9,000 documented properties for affordable housing, including sites where housing is permitted by-right. Now, suddenly, this long-ignored affordable housing option has been taken out of mothballs. It has become a pressing reason to tolerate hundreds of illegal mega-projects that a benevolent City Council routinely legalizes for its patrons through spot-zoning and spot-planning ordinances.

Nevertheless, other claims about Measure S barring the construction of affordable housing keep popping up. One of the more imaginative assertions is that Measure S is punitive because it only allows zone changes for projects that are 100 percent affordable housing. If projects are less than 100 percent affordable, they are therefore out-of-luck. This hypothetical problem then leads to an imaginary corollary; Measure S is punitive against affordable housing contractors despite any supportive evidence. In fact, its only punitive actions are against Big Real Estate companies opting for luxury housing on parcels where such projects conflict with the General Plan and with zoning.

This line of reasoning, however, ignore the obvious benefits of updating the General Plan when it comes to affordable housing. These updates will identify areas where there are existing parcels already zoned for denser housing construction, as well as neighborhoods with the greatest need for additional affordable housing.  Most likely, these areas will overlap in the form of long, low-rise commercial corridors, such as Pico Boulevard. Their commercial parcels could all be built out as four or five story apartment or mixed-use buildings through SB 1818/ Density Bonus incentives.

If these were legitimate reasons to stop Measure S, its subtext is, "I have no problem with the many mega-projects sprouting up in many LA neighborhoods through City Council spot-zones lubricated by developer money handed over to city officials."

Environmentalists: Some clever-by-half advocates of sustainability imagine that every large and tall apartment building is automatically transit-oriented. If they actually looked at the transportation patterns of the residents, however, they would have to return to the drawing board. Nearly all of LA’s high-rise apartment buildings, such as the luxury towers in Hollywood, Century City, Wilshire Boulevard, Koreatown, and elsewhere are only transit-adjacent, not transit-oriented. They are all auto-centric buildings whose tenants own and drive cars that they park on-site.

What these unwitting shills for Big Real Estate have not realized is that two other elements are necessary to build transit-oriented buildings. The buildings’ units must have affordable and low-income rents, and the tenants must be transit dependent. Without these features, clichés about transit use are just ploys for real estate speculators to get their valuable spot-zones and spot-General Plan designations.

While it is certainly possible to rebuild Los Angeles as a transit-oriented city, it will take much, much more than locating high-rise apartment buildings with well-off tenants near bus stops. To become another New York City, London, Paris, Tokyo, or San Francisco, Los Angeles needs a dense, fully built-out dense mass transit system. It also needs better streetlights, street trees, pedestrian-oriented sidewalks interfacing with transit, and a fully developed system of bike lanes and bicycle infrastructure.

When these components of LA’s built environment finally appear, then transit-adjacent buildings can finally become transit-oriented housing. Until then, extravagant claims about transit-oriented projects are just another bamboozle ginned up by real estate speculators to take advantage of well-meaning but poorly informed supporters of alternative transportation modes.

Labor: The Los Angeles County Federation of Labor has been co-opted to become a public bamboozler for the No on S real estate interests. As a former union officer at the City of Los Angeles, I am not surprised, but it is time for union members to call out the union staffers who made this sordid deal. Don't they know the identities of the Big Real Estate companies who asked for their endorsement? Don’t they know that most building projects, whether by-right or permitted through spot-zones, prefer short-term, non-union construction workers?ies will treat organized labor like chumps once the election is over and their political support is no longer needed? Don’t they know that every zone change and General Plan Amendment is also a transfer of wealth to large corporations that comes out of the pockets of their members and non-unionized working people in Los Angeles?

Their supporters will not benefit from these shady land-use deals, and in fact, they will soon be on the short-end of the stick when they are gouged for expensive rents, down payments, or monthly mortgage payments. And, for those many union members and other employees who are pushed out of LA by real estate speculators demolishing rent stabilized apartments to make way for units renting at $3000 per month or more, cheaper housing in distant suburbs is offset by long, deadening commutes.

Why do they have no shame about their Big Bamboozle?

As we learned from the Corleone family in The Godfather trilogy, “It’s just business.” They are checking-in facts and ethics at the door as the March 7 election looms closer.

(Dick Platkin is former LA City planner who recently taught courses on sustainable city planning at USC and CSUN. He is also a former union officer, who worked hard to create labor-neighbor alliances in Los Angeles. Please send corrections or comments to [email protected].) Prepped for CityWatch by Linda Abrams.