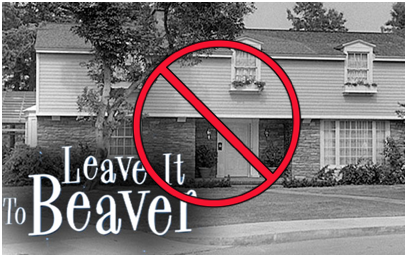 NEW GEOGRAPHY--For generations, California has offered its people an opportunity to own a home, start a business, and move up, whether someone came from Brooklyn, east Texas, Morelos or Taipei. That deal is still desired by most, but in a state that increasingly sees such activities as socially regressive and environmentally disastrous.

In new legislation, and supporting narratives from the academy and media, what most Californians have long sought out, a home of their own, is being legislated out of existence for all but the very rich and those who, 50 and older, got in when the getting was good.

The green religion and the middle class

The justification for this approach is to combat climate change, instinctively blamed for everything from fires and floods to drought. Californians need to abandon their cars, roomy single family homes and even their blue or white collar jobs, even if it means, as Brown himself has put it, employing “coercion” and “brainwashing.”

In the process, development along the fringe, the traditional “safety valve” for the aspirational classes has been systematically cut off by endless environmental and other wrangling. New supply, even some traditional urbanists admit, would do much to relieve pressures on rents and prices closer to the urban core, as we see elsewhere.

The schemes of the climate theocracy and their developer allies hit most those whose rates of homeownership, such as Millennials and minorities have fallen the most precipitously. The average age of California homeowners is rising, with the over 55 set, according to the Legislative Analyst’s Office, accounting for close to a majority of all homeowners in the state.

The new California “dream,” as scoped out in a study published by influential UC Berkeley academics, favors “compact” development dominated by small, very expensive rental multi-family units and small homes all crammed into existing developed areas. Rather than advocating for transportation systems that work, they suggest people must be herded together to prop up 19th century mass transit technologies that have steadily lost ridership in Southern California.

Recent new subsidized “affordable” units in the Bay Area cost upwards of $700,000 to build — and you know who will be asked to pick up the bill. Nor is the market for such dense housing nearly as alluring as speculators, as downtown Los Angeles’ recent high vacancy rates suggest. There remain more promising opportunities to build market rate housing– for example placing housing in local malls as well as on the periphery — without threatening existing neighborhoods.

Local opposition to this social engineering would now be quashed in new legislation from San Francisco state Sen. Scott Wiener, D-San Francisco, a so-called progressive backed largely by urban development interests. Wiener and his enlightened allies are pushing proposed state-wide mandates that would severely limit local communities to influence their own development. Like your quaint urban neighborhood, or quiet suburbia? If you live within a half mile of transit lines, developers can come in and reshape your areas with little public input.

And for what? A recent Berkeley study suggests that 1.9 million new housing units be built only in infill locations, about 4 percent of the state, saving about 1.8 million metric tons of California greenhouse gas emissions per year from reduced driving. This is less than 1 percent of the new 2030 reductions mandated by the state, and statistically meaningless compared with current annual worldwide emissions of 49,000 million metric tons.

Fortunately, some grassroots groups are pushing back. A recent comment letter on the state’s current greenhouse gas plan published by 200 prominent civil rights activists concluded that environmental regulators and lobbyists are “oblivious to the needs of minority communities.” Activists in the Crenshaw district in Los Angeles see in the new rules “a declaration of war on south L.A.” Mass densification will require that tens to hundreds of thousands of existing, more affordable housing in minority communities to be destroyed all to build more expensive smaller units. To be practicable, this will require additional subsidies for less advantaged California residents who already can barely pay their rents.

Business is not likely to be an ally in this struggle. Some see a road to profit in tearing down neighborhoods against their will. In any case, California’s notoriously weak business interests are mostly too scared of offending the regulators and their green-developer allies that would force them to endure their endless hectoring and shaming. Inner city communities’ best allies may, ironically enough, be places like Marin County, Redondo Beach and Pasadena, where usually liberally-minded voters are already beginning to realize this aspect of progressive politics threatens their way of life.

California’s future as a place of opportunity, with affordable housing that meets the needs and desires of its residents is on the line. It will take constituencies coming together, at the grassroots level, in city and suburb, to stand up for a future that works both for ourselves and our children.

(Joel Kotkin is the R.C. Hobbs Presidential Fellow in Urban Futures at Chapman University in Orange and executive director of the Houston-based Center for Opportunity Urbanism (www.opportunityurbanism.org. He is an occasional contributor to CityWatch.)