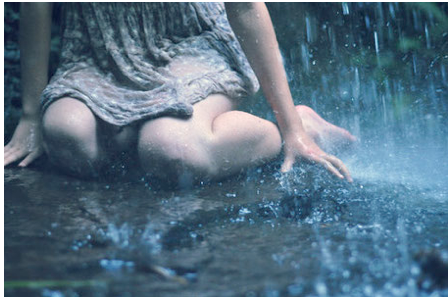 GELFAND’S WORLD--Perhaps it's coincidence that the Elysium Conservatory Theatre is opening its production of Anton Chekhov's 1901 masterpiece Three Sisters over this Thanksgiving holiday period, but of such coincidences are insights (and reviews) made.

In our era, it's become an established cliche that confining an extended family to one house during Thanksgiving is a way to reveal familial conflicts -- a way, as it were, to unpeel the onion layers of hidden hatreds and jealousies. At least that's the way it works in Chevy Chase holiday films and Saturday Night Live skits. Family conflicts come to the fore, once hidden irritabilities are revealed, and petty feelings are confessed. Depending on whether the intent is comedy or tragedy, the conflicts are either resolved or exacerbated.

Chekhov, writing in the Russia of 1901, used an analogous situation to define the genre, albeit with a lot more inner truth than we generally find in today's commercial entertainment. Placing an extended family in a house that is isolated in a small town, Chekhov peels and peels, revealing the hidden lies and subtle turmoils, all the while creating out of his actors' few hours on the live stage the emotional equivalent of an epic tragedy.

Three Sisters is the story of Olga, Masha, and Irina, along with their brother Andrei, confined to their small town in what is effectively an emotionally claustrophobic box. They've been in the same place for 11 years, since their army officer father was reassigned from Moscow to this small town.

The play opens on Irina's birthday, exactly a year since father died. Everyone is trying to act happy, but it rapidly becomes apparent that there are stresses beneath the civilized facade. Irina desperately yearns to return to Moscow. Older sister Masha is barely enduring a once-promising but now boring marriage, and sister Olga is trying as best she can to keep the family to its pretense that everything is fine, all the while revealing little of her inner self. The characters chatter politely about the weather and of local gossip, even as they reveal their inner selves through expression, intonation, and by choices they make.

On this day, brother Andrei has a new girl friend Natasha, who is looked down upon by the sisters as a bit uncouth. They make fun of her clothing and react with astonishment when Andrei proposes marriage during the festivities. By this time (this being a Russian party), the participants are getting pretty drunk, and the family act cruelly to the new fiancee in an act of group contempt. The bumpkin Natasha will eventually get her revenge.

Along the way, we the audience will watch fresh love develop (in some surprising pairings), marriages gone bad, the brother's gambling addiction, the randomness of life including a fire in the town and, above all, the yearning -- particularly of the young and pretty Irina -- for a return to the life they had in Moscow before their father was assigned to this outpost in the middle of nowhere.

Chekhov depicts common life stresses and shows us the range of possible responses. The adultery of a spouse, the boredom of small town life, and above all, the frustration felt by every one of the characters over his or her own failure to live up to earlier ambitions -- Chekhov paints the breadth of the ways that humans respond. Andrei would like to be a professor, but deals with his stultifying failure by gambling. Masha is bored to death with her insufficiently intellectual husband, and gives in to an affair with a married army officer who first knew her when she was a little girl. The army officer responds to his own unhappy marriage by waxing poetically about philosophy and carrying on emotionally with Masha. Irina mostly suffers from frustration that she is still living in the sticks.

Three Sisters works quite well when done as a traditional dramatic production. I wondered -- how would this script translate when taken from a more traditional stage to the immersive theater style being developed by ECT here in San Pedro? Would the result work dramatically?

It didn't take long to find out.

The first act in this ECT production takes place in what is a living room or parlor. There are couches, a piano, a table or two. The difference is that both the audience and the characters inhabit the same space. It's like we are guests at the same party, sharing furniture and floor space while overhearing what the actors are saying to each other, sometimes from the left, sometimes from the right, and sometimes from far across the room. One character was playing the piano and others were chatting over a card game

Around us, the sisters spoke civilly. The characters kept pouring themselves drinks and downing them. Bit by bit, the forced civility gave way to verbal snipes here and there, and once in a while, we overheard one character revealing some minor scandal to another. As they all got drunker, the revelations built.

Across from me was a couch, with nine visiting high school students draped around it. The response of the students was itself interesting, because among them we saw a range of responses that mirrored in its own way the range of characterizations served up by the actors. One student was a little sleepy, two or three were obviously interested, and another two or three seemed quite taken with the spectacle. Afterwards, in conversation, they explained that they had never seen anything like this and that the effect of having the action going on all around them ("in 360 degrees" as one said) made it all the more interesting. They also explained that they didn't always know where to look. This technique of pulling the audience into the drama is one virtue of the immersive theater experience. It mimics real life in a way that you don't get while sitting in a row of seats and looking at a distant stage.

It's important to realize that the script of Three Sisters fits this style well. The play involves real people that could be ourselves, living out the stresses and frustrations that we endure in our own lives. If Chekhov's characters are bigger than life, well that is why we go to the theater.

In this production, Kate Slinger stood out as Irina. In a way, she and this role were born for each other. In conversation, she allowed that she has "overactive tear ducts," a way of saying that she can depict someone caught in despair and stay in character for the long periods of stage time required. Monica Ross is a newcomer to the company, playing Masha as the vixen with her own deep anger and not a little sarcasm. This production required that she sit among us or walk among us for long periods of time, all the while keeping in a character that went from one mood to the next as she slipped from cool self control to that slight slip of the expression that represented the underlying truth. Putting it another way, she got Chekhov right.

Charlotte Spangler plays Olga as a cool, almost frosty presence. In the play, she is stuck with trying to keep things together as brother Andrei (Justin Powell) decompensates while his once picked-on wife Natasha (Stephanie Corkery), now the person running the household, develops into the loudest, cattiest bitch ever played on a south bay stage. As portrayed, she didn't show a hint of guilt or remorse, but rather a sense of triumph. It's a dramatic choice to make the character so unlikable, but it was played believably.

This production was at its best during those moments when the masks slipped a little bit and people's inner being came through. In vino veritas isn't exactly a new concept, but the first half of this performance developed the theme masterfully. The production was also at its best when Olga, Masha, and Irina consoled each other in response to one or the other's latest grief.

The three sisters, the brother, and his wife are not the only characters. There are others -- the aging alcoholic doctor, the Baron who pines after Irina, the rakish hanger-on Solyony played smarmily (i.e.: effectively) by Gerard Alvarez, the somewhat dashing army officer Vershinin played by Beau Berglund who, although already married, pines after Masha. Melissa Ortiz plays the long suffering servant Anfisa, one of Natasha's newly acquired victims.

In previous productions, this theater company has married episodes of ballet and song with the immersive style which is to get the audience and actors physically so close as to almost trip over each other. These operatic elements work well when used to accompany a play such as Romeo and Juliet, where dance and music are intrinsic to the plot.

My personal view is that the few such elements that were incorporated into this production were performed well, but represent a different interpretation of the play compared to what I am willing to make. More specifically, this play works best -- particularly in this space played with actors and audience sharing the same furniture -- at all those times when the characters are looking the most like ordinary people. They are people who are massively stressed, but ordinary people they are, and when the ECT gets itself and its audience to this point, the result is profound and rewarding.

I'm not sure what this is supposed to be saying to us. Some playwrights have toyed with explaining to the audience that the actors are not just characters, but real people with real lives in their own right. That style is fine for some scripts, but I would opine that Three Sisters, as a masterpiece of finding the truth underlying conventional expression, is not in need of this sort of thing. It may be mind expanding, but it is an expansion that works against the great center of this drama, which is the emotional claustrophobia its characters' endure.

There may be no pumpkin pie in Chekhov's Three Sisters, but it beats any second rate Hollywood attempt at playing on family dysfunction. I should point out that this review is based on a preview performance in which the cast was still working out some of the timing. As the run continues, we can expect some tightening of the dramatic intensity. In this run through, there was already plenty of intensity, enough to shake the audience emotionally, everyone from aging theater goers to the contingent of high school students.