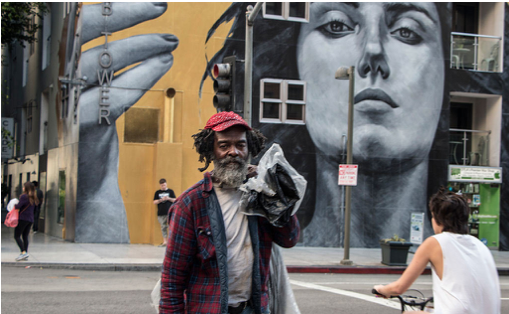 THE PREVEN REPORT--In a July 17 CityWatch piece, we cited the following response given by Mayor Eric Garcetti to a question about how he manages to balance career planning with fulfilling his current role as Mayor of Los Angeles:

Our July 17th piece went on to suggest something the Mayor (who spent Sunday in New Hampshire campaigning for a local mayoral candidate) could do to better serve that homeless man with mental challenges whom he hears outside his window every night:

Prop HHH, we explained, is the $1.2 billion homelessness-reduction bond measure which passed in November 2016. A big selling point of the measure was that there would be rigorous oversight of its operations, and yet the public now finds itself in the dark; in fact, during the past month things have only gotten worse.

Not only is Mayor Garcetti continuing to block the posting of audio recordings of oversight committee meetings, he is also blocking the creation of any written progress reports regarding the bond measure’s operations.

At last week’s Prop HHH Civilian Oversight Committee meeting (attended by only four of the seven Committee members), all of the updates were oral, leaving no paper trail or any other way for the public to keep track of how its money is being deployed.

And what of the Oversight Committee members? If years or months from now they are asked—whether by a civil grand jury or a member of the press—why they allowed the Mayor to refuse to post audio recordings and/or written progress reports regarding Prop HHH, what will they say?