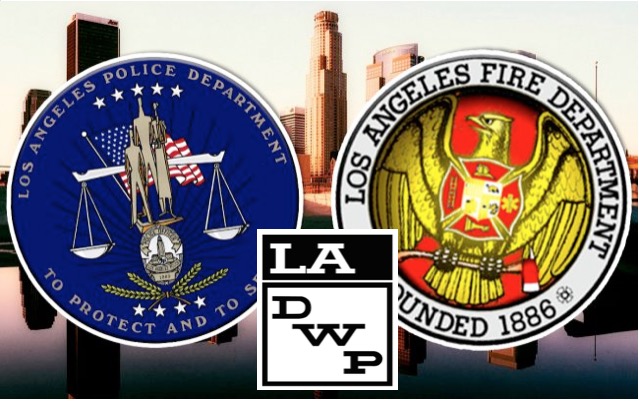 Together, these plans cover 95,000 active and retired members and control over $70 billion in assets as of June 30, 2021.  Annual contributions, excluding those of the employees, are expected to be in the range of $1.7 billion.

As a result of abnormal returns of between 26% and 32% on their investment portfolios for the year ending June 30, 2021, the plans in aggregate, including the Other Post-Employment Benefit plans, are fully funded on a mark-to-market basis.

However, before we start dancing in the streets, the unfunded pension liability may increase to an estimated $10 billion because the negative returns in the bond and stock market will be below the investment rate assumption of 7%.

Pensions are very complicated because of their size and the volatility of the of the stock market. There are also many assumptions and variables that impact the unfunded pension liability and the Annual Required Contributions (“ARC”).

A change in the investment rate assumption has a major impact on the present value of future benefits, the unfunded pension liability, the funded ratio, and the ARC.  For example, the City assumes that it will earn 7% on its investments.  If this overly optimistic rate is lowered to a more realistic 6%, the unfunded liability for LACERS and LAFPP will go from $1.6 billion (97% funded) to $9.1 billion (86% funded).  The ARC will increase by as much as an estimated $500 million.

There are many other assumptions, including, but not limited to, mortality rates, years of service, the service factor, final compensation, age of retirement, the ratio of active to retired members, the number of beneficiaries and their ages, inflation, the cost of healthcare, actuarial smoothing assumptions, and amortization periods for changes in the plans.

Sound complicated.  Yes, because it is. And very confusing to Angelenos who are footing the bill through our taxes and our payments to DWP.

In 2014, the LA 2020 Commission recommended the establishment of a Pension Commission “to review the City’s retirement obligations in order to promote an accurate understanding of the facts.” This Commission would be “tasked with making concrete recommendations on how to achieve equilibrium on retirement costs” within six years.

To date, there has been no progress in establishing a Pension Commission, in large part because wannabe controller Paul Koretz, the Chair of the Personnel Committee, has refused to hold any hearing or even create a council file for fear of antagonizing the public sector unions who are supporting his campaign.

Angelenos need to have a better understanding of its three pension plans because they consume a significant portion of the City and DWP budgets and represent a potential and significant long term liability that will be dumped on future generations of Angelenos if not reformed.