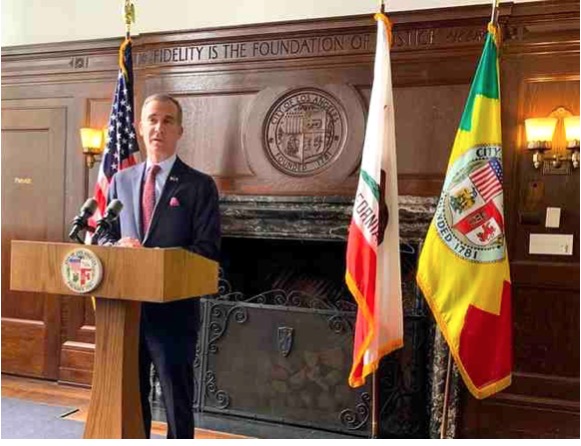 LA WATCHDOG - In early March, the prospects for the City’s budget for the upcoming fiscal year (2022-23) were not promising.

The Federal government would not be continuing with its $640 million cash infusion pursuant to the American Rescue Plan.  This would require the elimination of one-time expenditures and the real possibility of departmental cutbacks.  The City also needed to offset the loss of the one-time $85 million transfer from its underfunded Reserve Fund.

And while the City was projecting record General Fund revenues of $7.1 billion for the upcoming year, the City was also facing increased expenditures, including those for the Police and Fire Departments, Public Works (Sanitation and Street Services), and salaries and benefits.  Overall, the City was looking at a deficit of at least $300 to $400 million before any corrective adjustments.

Underlying this extraordinary, last-minute growth were revenue increases in the City’s seven economically sensitive taxes, including $108 million in property taxes and significant percentage gains in the business, sales, documentary transfer, and hotel taxes.

The increase in revenues, along with lower pension contributions resulting from last year’s extraordinary returns on investment portfolios of the City’s two pension funds, allowed the City to increase departmental funding, balance its budget, and contribute $64 million to the Budget Stabilization Fund.

At the same time, despite record revenues, the City is once again tapping its underfunded Reserve Fund for $106 million.

The City’s prospects are rich on the surface.  Its Budget Outlook shows a surplus of $1.4 billion over the next four years, in large part because average growth in annual revenues exceeds that of expenditures by almost 2%

But there are major concerns that have been expressed by the City Administrative Officer Matt Szabo.  These include inflation, higher interest rates, the possibility of recession resulting from the overheated economy, and the war in Ukraine.  Controller Ron Galperin warned against new, high-priced programs that could result in a revenue crunch.

There is also the possibility of budget busting labor agreements as most contracts expire in the next two years.  In 2019, the new labor agreements, negotiated behind closed doors, ended up costing the City about $1.5 billion, resulting in projected multiyear deficits.

The City has the opportunity to eliminate the Structural Deficit where expenditures growth faster than revenues.  This requires that the City avoid “mission creep” and focus on its core services, including providing shelter for the homeless, repairing its infrastructure, funding its pension plans, and strengthening its reserves.  And importantly, the City cannot give away the store to the politically powerful, campaign funding public sector unions.

Errata: Last Thursday, I submitted an article to CityWatch entitled Garcetti’s Legacy: A Billion Dollar Structural Deficit. However, in my haste, I made serious errors in my analysis, assuming that projected “budget gaps” were deficits when they were actually surpluses.  Fortunately, a reader notified me of my mistake for which I am grateful. The article was subsequently deleted.  As you can see, the City’s prospects are good, at least for the time being.