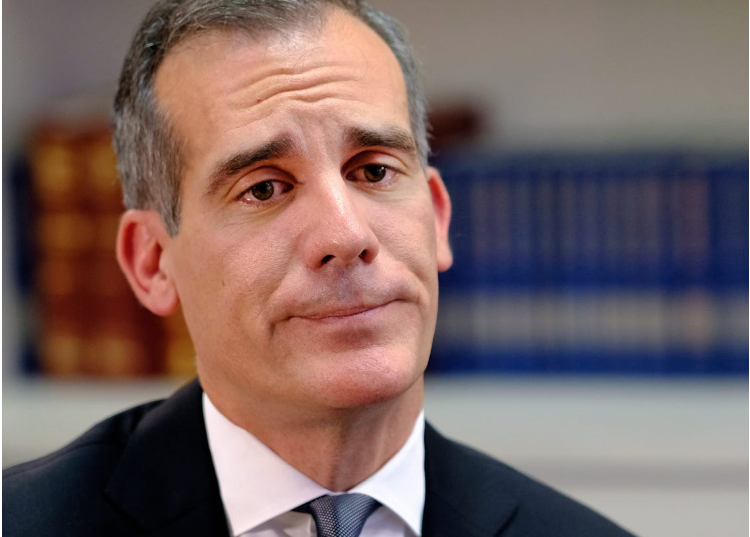 LA WATCHDOG - The odds that Los Angeles Mayor Eric Garcetti will be America’s next ambassador to India are getting slimmer by the day as new revelations of corruption and sexual harassment surface, leaving many to speculate what else is hiding in the closet.

On November 29th, Paul Paradis, a New York City lawyer representing the Department of Water and Power, agreed to plead guilty to one count of bribery for accepting an undisclosed $2.2 million payment from the class action attorney who was suing DWP over its botched roll out of its customer billing system in 2013.

Paradis also admitted to bribing then DWP General Manager David Wright and other department officials in connection with the utility’s approval of a $30 million no bid contract for cyber security services with a startup company controlled by Paradis.

Paradis is also cooperating with the federal government on its ongoing criminal investigation.

While Garcetti has not been implicated directly in these scams, they happened on his watch.  He appointed Wright to be the General Manager in August of 2016 despite his limited experience at DWP and the five members of the Board of Commissioners.

If DWP was an investor-owned utility like PG&E or SoCal Edison, the Public Utility Commission, the Mayor, and the City Council would all be demanding the firing of the Chief Executive Officer, in this case, Garcetti.

Garcetti’s credibility has also been questioned in connection with a lawsuit filed against the City by LAPD officer Matthew Garza, a former member of Garcetti’s security detail.  Garza alleged that he was sexually harassed by Rick Jacobs, a former deputy mayor, a Garcetti confidant, and a prolific fundraiser for Garcetti. Garza also said that Garcetti witnessed Jacobs’ inappropriate behavior and did nothing to stop it.

While Garcetti claimed under oath that he did not witness any harassing behavior, a December 1st article in New York Magazine, The Mayor Knew, by Alissa Walker claims that Jacobs was a “serial harasser according to multiple sources” and that Garcetti ignored it. One of the credible sources was Naomi Seligman, Garcetti’s former director of communications, who has a lot to lose by going public with her experiences.

Again, if this harassment occurred in the private sector or for anybody else in City Hall or Sacramento, people would demand that Garcetti be held accountable and resign.

While the DWP bribery scandal and the failure to call out a serial harasser are enough to doom Garcetti’s ambassadorship, these are in addition to the pay-to-play corruption that is plaguing City Hall, again under Garcetti’s watch.  And Garcetti is no stranger to pay-to-play shenanigans as witnessed by the Mayor’s Fund and his role with the Hollywood Millennium when he was the Councilman representing Hollywood.

While there is the possibility that Garcetti would be an excellent ambassador to India, especially since he would not have any operational or financial responsibilities, there is too much baggage associated with Garcetti.  It is time for either the Biden administration or Garcetti to withdraw the nomination.