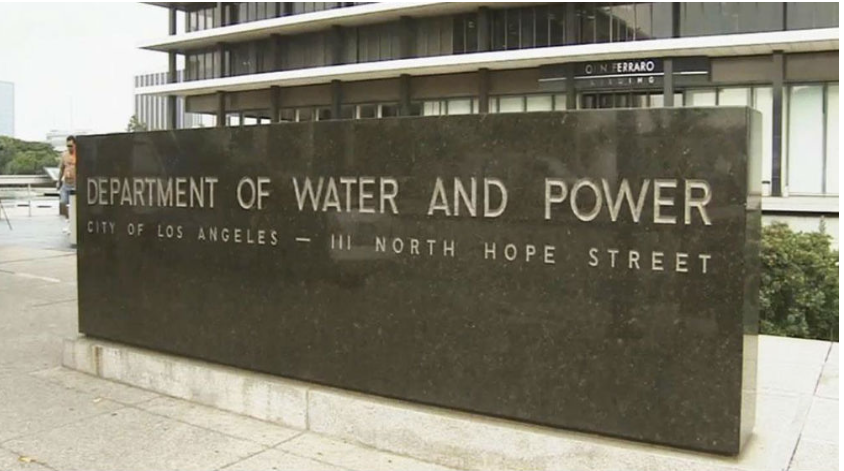 LA WATCHDOG-On Thursday afternoon, Mayor Eric Garcetti announced that the Department of Water and Power will create an Office of Inspector General to improve accountability and transparency at the Department.  (See below).

There are many details to be worked out, including the Office’s responsibilities and importantly, its limitations; the lines of authority and reporting requirements; the degree of independence; the relationship with the Ratepayers Advocate and the politically appointed Board of Water and Power Commissioners; the role of the Mayor and City Council; staffing of the office and its financing; and, most importantly, the selection of the Inspector General.

Fortunately, Garcetti has appointed Dan Schnur, a well-respected USC professor, to “conduct a 90-day review of DWP’s internal processes, and provide recommendations for incorporating the role of an inspector general.”

While many will speculate the motivation behind the creation of an Office of Inspector General, initial impressions are favorable given the appointment of Schnur and the prospect of greater transparency and accountability, especially if the IG is independent and willing to rock the boat.

We shall see.  More later.

LOS ANGELES — Mayor Eric Garcetti announced today that the Los Angeles Department of Water and Power will create an Office of Inspector General as part of his DWP reform agenda to improve accountability and transparency at the utility.

“Accountability and transparency are crucial to running a public utility that Angelenos can count on and trust,” said Mayor Garcetti. “An inspector general at the DWP will help us make certain that the organization is always working to uphold the highest standards of integrity and improve customer confidence.

The Inspector General will be part of the DWP’s senior leadership team, providing continuous review and oversight of contracting matters, whistleblower complaints, ethics, and other internal policies. The office will be empowered to initiate investigations and oversee the department’s Internal Audit Division, Special Investigations Unit, and ethics compliance staff.

Council President Pro Tempore Nury Martinez is Chair of the Energy, Climate Change, & Environmental Justice Committee. “A position of this type at the DWP is a good-government step in the right direction — and one that I applaud,” said Councilwoman Nury Martinez. “While DWP is already subject to multiple layers and high degrees of oversight, we must remain diligent in eliminating any opportunities for abuse or other actions that tarnish the honest, hard work of DWP employees, or detract from our primary focus of providing the highest service and fairest rates possible for the City's ratepayers.”

L.A. Controller Ron Galperin said: “In recent years, my office has thoroughly reviewed the DWP’s operations, and audited its training institutes, payroll, health and pension benefits, and multiple bank accounts. We have looked into dozens of fraud, waste, and abuse complaints and will continue our audits and investigations into the utility. I look forward to working with the Mayor to ensure that the Office of Inspector General increases transparency and accountability at the DWP.”

“I am committed to ensuring that the actions we take are not only proper, but that the public is able to see and rely on that,” said DWP General Manager Marty Adams. “The hiring of an Inspector General will give us a person whose sole job is to make certain we have adequate checks and balances and stronger internal oversight. We will do this right — and in a way that works successfully within the DWP and City Charter framework.”

The DWP will be advised on the creation of the Inspector General by Dan Schnur, who formerly served as Chairman of the California Fair Political Practices Commission and is an adjunct professor at the University of Southern California’s Annenberg School of Communications, the University of California–Berkeley’s Institute of Governmental Studies, and Pepperdine University’s School of Public Policy. Schnur will conduct a 90-day review of DWP’s internal processes, and provide recommendations for incorporating the role of an inspector general.

Adams and Schnur will work closely with Mayor Garcetti, the City Council, the City Controller, the Ratepayer Advocate, and DWP leadership to develop those recommendations, aid in the hiring of an inspector general, and advise on necessary policy and procedural changes.

“While the DWP offers affordable and reliable power and water, Los Angeles ratepayers should have every assurance that their hard-earned money is well spent at the utility they own,” said Schnur. “I look forward to working with DWP General Manager Marty Adams and his smart and impressive team to enhance the system of oversight that gives Angelenos the protection they deserve.”

Since he was elected in 2013, Mayor Garcetti has enacted significant reforms at the DWP — including fiscally-responsible employee contracts, improved customer service and reduced call-wait times, landmark new sustainability initiatives, infrastructure investments to strengthen reliability, and settling the 100-year water dispute with the Owens Valley. DWP ratepayers continue to benefit from rates up to 10-20% lower than other nearby utilities.