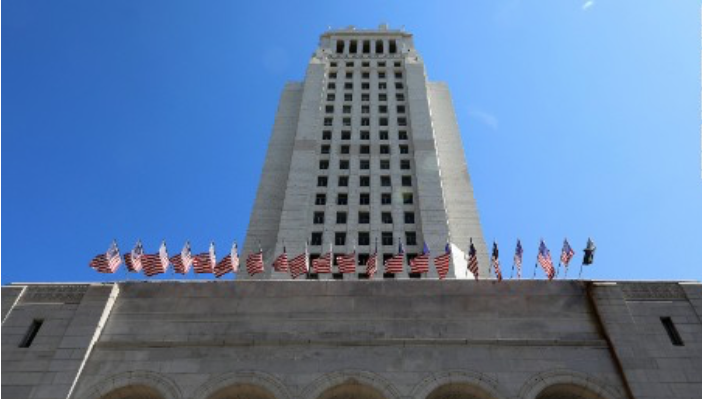 LA WATCHDOG--The Los Angeles Times 2019 Wish List for 2019 listed 25 changes they would like see, of which only one involved City Hall.

But our City is in a world of hurt as its finances are a mess: an annual budget that is already $50-$100 million in the red; $10 billion of deferred maintenance on our lunar cratered streets and broken sidewalks, our parks and their bathrooms, our urban forest, and the rest of the deteriorating infrastructure; unfunded pension liabilities approaching $20 billion (66% funded); and a Structural Deficit of $1 billion a year for at least the next four years.

At the same time, Mayor Eric Garcetti and City Council President Herb Wesson have their heads firmly buried in the sand, blinded by the City’s record revenues and their own ambitions.

Here are 19 changes for ’19 to help the City reverse its downward financial slide.

Will Eric Garcetti continue to put his own personal ambitions ahead of the needs to the City?

Maybe that is why we agree with the modified recommendation of the Times that applies to City Hall:

“A mayor of Los Angeles who generates more headlines for his work on the [City’s budget, finances, and operations] than for his visits to states with early presidential primaries.”