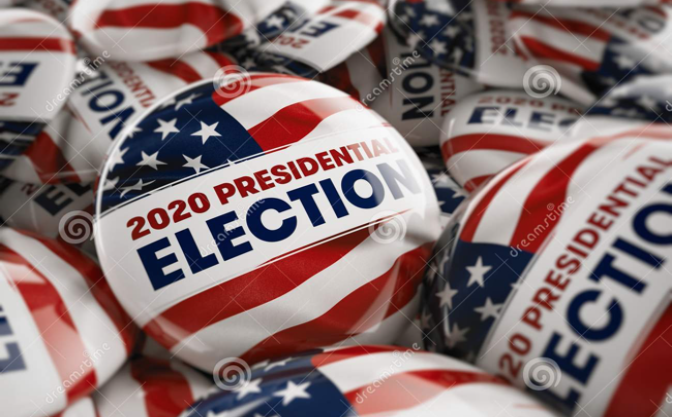 LA WATCHDOG--On March 3, 2020, a little more than 15 months away, in 67 weeks from now, and in 469 days from Tuesday, we will once again go to the polls as California will hold its Presidential Primary.

This does not take into consideration the special elections to fill the seat of Los Angeles City Councilman Mitch Englander who is scheduled to resign on December 31 or to replace Ref Rodriquez on the Board of the Los Angeles Unified School District. 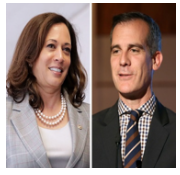 The Presidential Primary will be a three-ring circus as an undetermined number of candidates will be vying to be the Democratic Party’s nominee for President of the United States.  This will include Mayor Eric Garcetti and US Senator Kamala Harris and may include other California outliers such as Congressman Adam Schiff and billionaire hedge fund manager, Tom Steyer.

Hopefully, the Republican Party will have its own open primary with a candidate or candidates willing to take on The Donald, an extremely unpopular figure in the Golden State as demonstrated by the results in the recent midterm Congressional elections.

While local TV stations will be coining it, bombarding us with hours of political advertising, we will also have local primaries for the County and the City of Los Angeles.

The open seat on the County Board of Supervisors now occupied by the termed-out Mark Ridley-Thomas will be a highly competitive race for this powerful office that represents two million residents of the County.  The County budget also exceeds $30 billion, an attractive piggy bank to finance pet projects, and employs over 100,000 people, allowing for considerable patronage.

This race will attract numerous candidates, including LA City Council President Herb Wesson, Assembly woman Autumn Burke, the daughter of former Supervisor Yvonne Brathwaite Burke, and many other elected and formerly elected officials.  Identity politics will play an interesting role as women and underrepresented Latinos fight for this office.

At the same time, it appears that Mark Ridley-Thomas is considering returning to the City Council by running to replace the termed-out Wesson in Council District 10.  This may be a competitive race, again with identity politics playing an important role.

And then there is Council District 14 that is occupied by the beleaguered, termed out Jose Huizar. While he is supporting his wife to succeed him, she may have problems given the FBI’s recent visit to his office and house.  There is also speculation that Kevin de Leon is interested in this office which he would use as a stepping stone on his quest to be elected Mayor in 2022 when Mayor Garcetti is termed out.

Some of the other members of the City Council may have some opposition in the primaries, including David Ryu in Council District 4 who is being challenged by Sarah Kate Levy, a Yale graduate who lives in Hollywood, the home of the crane and congestion.

The November 3, 2020 Presidential election will have some very controversial ballot measures, including the “split roll” that would amend Proposition 13 by assessing commercial properties at their current market value as opposed to their purchase price (plus 2% per year).  There is also an initiative on the ballot that will expand the definition of a felony and limit parole for non-violent offenders. And just recently, the bail bond industry filled the necessary signatures to overturn a recently enacted law that overhauled their industry.

We can also expect the Los Angeles Unified School District to place a tax on the ballot, most likely a $600 parcel tax designed to raise $500 million to fund its pension and other retirement obligations.

There is time for more candidates to surface and more measures to be placed on the ballot.  But do not count on any change in control of City Hall or any initiatives to reform the City’s unsustainable pension plans, to repair and maintain our streets, or to limit out of control spending.  After all, this is LA where the politicians take orders from real estate developers and the campaign funding leaders of the public sector unions and treat Angelenos as their ATM.