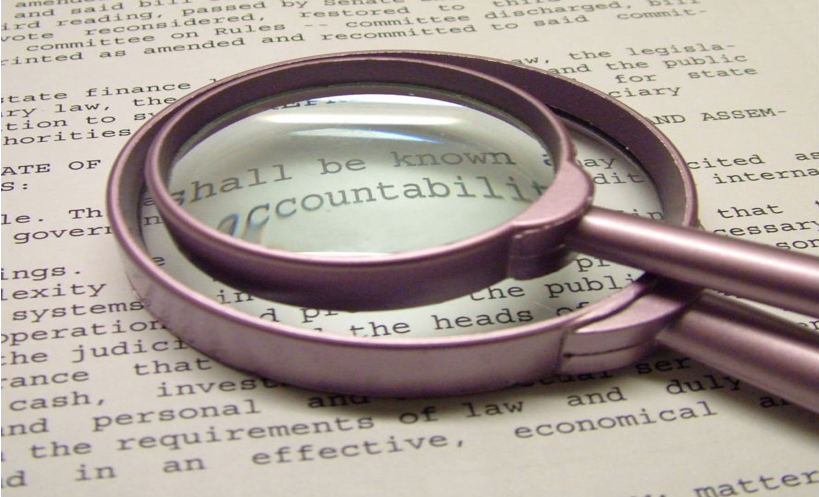 LA WATCHDOG--When the political establishment, the public sector unions, the environmental community, the building trade unions, and the business community support a ballot measure that involves our money, rest assured that the ballot measure is not in our best interests as this cabal, once again, wants to pick our pockets clean of our hard earned cash.

That is why we need to vote YES on Proposition 70 (Requires Legislative Supermajority Vote Approving Use of Cap-and-Trade Reserve Fund) and NO on Pork 68 (Authorizes Bonds Funding Parks, Natural Resource protection, Climate Adaptation, Water Quality and Supply, and Flood Protection).

Prop 70 will allow for greater transparency on the allocation of Cap-and-Trade revenues, but only beginning on January 1, 2024, over five and a half years from today, and only at this one point in time.  In the meantime, based on current levels of cap-and-trade revenues of $3 billion a year, over $15 billion will be distributed by the Greenhouse Gas Reduction Fund to finance, among other climate action initiatives, low emission vehicles, high speed rail, affordable housing, and public transit.

Under a deal cut between Governor Brown and eight Republicans that allowed the 2017 Cap-and Trade bill to pass with a two-thirds vote, Brown and two-thirds of the Legislature agreed to place Prop 70 on the ballot.  In achieving the two-thirds vote on this legislation, the carbon tax imposed by the bill will not be subject to litigation as it had been in the past.

If Prop 70 is approved by voters, funds collected from the cap-and-trade revenues after January 1, 2024 will be put into a reserve fund and will be allocated on the approval of two-thirds of the Legislature.  Again, this is a one-time event.

The hysterical opponents of Prop 70 argue that the 2024 review process will allow Big Oil to attack the State’s efforts to fight pollution and improve community health and that legislative gridlock will threaten “climate action.”  But more to the point, the opponents do not want transparency on how the cap-and-trade money is being allocated.

By allowing a two-thirds vote, there will be a vigorous debate on how to spend the cap-and-trade revenues.

Should any of this money be spent for High Speed Rail, Governor Brown’s pet project that is way over budget and behind schedule?

And what is the most efficient use of this money?

Under the current conditions, the money is doled out based on decisions made behind closed doors by the leadership of the Legislature.  This results in many pet projects, contracts with politically connected cronies and organizations, and the inefficient use of our money.

While Prop 70 would increase transparency, but only after five years and the disbursement of over $15 billion, Pork 68 and the proposed issuance of $4 billion of general obligation bonds lacks transparency and accountability.

How is it possible to understand how where our money is going to spent if you have to wade through the dense 15,000 word proposition that requires a graduate degree and an insider’s knowledge to understand?

Why do we want to pay $8 billion in interest and principal when the proper course is to devote $500 million a year for the next eight years money from the State’s $200 billion budget?  This $500 million is a drop in the bucket, if that, a mere one-quarter of one per cent (0.25%) of the budget.

Why is there no independent oversight of the use of the bond proceeds?

How do we eliminate the pet projects and contracts with cronies, politically connected contractors, and environmental nonprofits?

Why hasn’t any money been earmarked for the repair and maintenance of the new facilities?

Why is bond money being used to fund deferred maintenance when that is clearly the obligation of the State’s $200 billion budget?

And more than likely, the City and County of Los Angeles will not get our fair share as the Sacramento bureaucracy will design rules to limit the available funds, just like it has done to the Department of Water and Power and its efforts to remediate the aquifers in the San Fernando Valley.

For additional information, here are links to my two CityWatch articles on Pork 68.

To date, the proponents of Pork 68 have spent over $9 billion to buy our votes.  And this does not include the many millions spent by the State, the public sector unions, the environmental nonprofits, the building trade unions, and crony contractors needed to place this pork laden proposition on the ballot.

A vote for Prop 70 and a vote against Pork 68 are votes for transparency, accountability, and the efficient use of our hard-earned money.