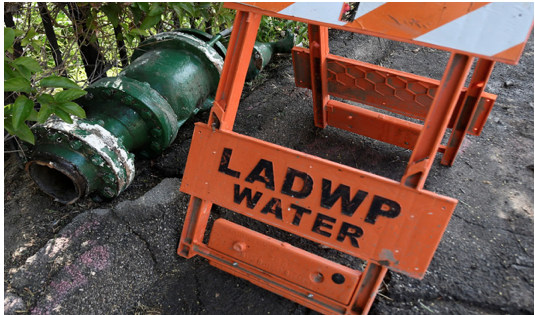 LA WATCHDOG--The unfunded liability for the Department of Water and Power’s retirement liabilities improved as a result of the 12.7% return on invested assets for the fiscal year ending June 30, 2016. As a result, the shortfall decreased from $2.8 billion (81% funded) to $1.8 billion (88% funded).

This liability includes not only the traditional pension plan ($1.34 billion – 89% funded), but the plan for Other Post Retirement Benefits ($435 million – 81% funded) which covers post-retirement medical benefits.

While a funded ratio of 88% may be a cause for celebration, especially when compared to the 70% ratio during the recession and the current 80% level for the City’s two pension plans, this level of funding must be considered in light of the bull market where the Dow Jones Industrial Average has more than tripled over the last eight years.

According many pension experts, the funding ratio after a raging bull market should be in the range of 120% so that the pension plan can withstand a recession and/or a down market and still be fully funded.  Under the 120% scenario, DWP retirement plans are short an additional $3 billion, increasing the liability to $4.8 billion.

The unfunded liability would increase to $3.8 billion (78% funded) if a more realistic rate of 6¼% were used instead of the current overly optimistic rate of 7¼%.  This is, however, a major improvement over last year’s $4.8 billion (71% funded) shortfall using the lower discount rate.

DWP and the leadership of its union, IBEW Local 18, have been more proactive than the City of Los Angeles in addressing the unfunded pension liability and the ever increasing annual required contributions.

In 2014, DWP created Tier 2 for employees hired after January 1, 2014.  Under the new tier, employees will still be entitled to excellent benefits, though not as rich as the original plan,.  The newbies will be required to contribute 10% of their compensation to the plan as opposed to 6% for existing employees.  This results in a savings of $18 million this year for the Department and its Ratepayers.

DWP and the IBEW have also been leaders in the City by lowering its investment rate assumption.  While this results in a higher unfunded pension liability and higher annual contributions by the Department, it addresses the issue as opposed to kicking the can down the road.

More than likely, DWP will lower the investment rate assumption in the near future.

While DWP is addressing its unfunded retirement liabilities, the Department is on the hook for over $500 million in required annual contributions to its pension and OPEB plans.  This is consumes more than 10% of our water and power bills. A significant portion of this payment is to pay for past sins, the unfunded liability of $1.8 billion.

There is a lack of understanding by the Ratepayers (and City officials) about the DWP’s retirement plans, its unfunded liabilities, and future contributions, especially if investment returns are lower than expected.  To increase transparency, the DWP Board of Commissioners and the DWP Retirement Board should authorize a detailed review and analysis of the Department’s retirement plans and develop constructive recommendations on how to fully fund the Department’s obligations.