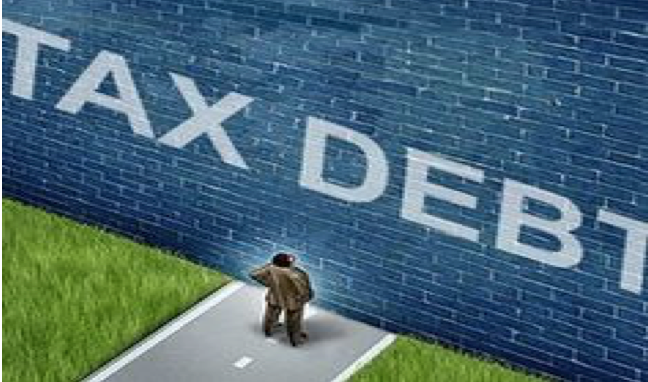 LA WATCHDOG--On Thursday morning, Mayor Eric Garcetti will deliver his State of the City address at City Hall where he will present his proposed budget for the upcoming fiscal year beginning on July 1, 2017. And over the next two weeks, the Budget and Finance Committee headed by Paul Krekorian will conduct a review of the budget, even though the major points have already been negotiated behind closed doors.

In California, elected officials at all levels of government are constantly complaining about the need for more money, even though we are one of the highest taxed states in the county.  At the same time, something is not right as we have the worst roads in the nation and vital services are being crowded out by ever increasing pension contributions.

Over the past year, the tax burden for the four million Angelenos has ballooned by almost $1.6 billion.  This includes not only taxes initiated by Mayor Eric Garcetti and the City Council, but our proportionate share of numerous other taxes and fees dumped on us by the County, State, and other governmental entities.  This ding of $1.6 billion does not include the Soak the Rich income tax surcharge (Proposition 55) that would have added $700 million to the tab.

Most of us do not recognize the enormity of these tax increases because they are spread over multiple jurisdictions.  They also come in many different shapes and forms: property taxes, parcel taxes, sales taxes, gasoline taxes, vehicle license fees, storm water taxes (aka the Rain Tax), income taxes, and a 20% tax on our DWP power bill.

To put it in a different perspective, if all these new levies were placed on our houses and apartments, our property taxes would balloon by almost 30%.

The City, the County, the South Coast Air Quality Management District, and State, are seriously considering an additional $2.7 billion in new taxes.

This does not include any initiatives from the Los Angeles Unified School District. Nor does it include any direct taxes to pay for our share for the tens and tens of billions of the unfunded pension liabilities, although a good argument can be made that a portion of these new and contemplated taxes will indirectly fund our ever-increasing pension contributions.

So, when our elected officials come pleading poor mouth, you know the not so proper response to these money grubbing, self-servicing politicians.  We are not your #*@^&+# ATM.

The following is a list of new taxes by jurisdiction which details our proportionate share.  They are followed by taxes that are being considered by the financial wizards who occupy City Hall, the County Hall of Administration, the AQMD, and the State Capitol.  You can also access the attached spread sheet for a one page summary.

Measure HHH – The $1.2 billion homeless bond that was approved by voters in November will cost us an average of $65 million a year for the next 30 years.

DWP – The five year, $1 billion rate increase in our water and power rates that was approved by Mayor Garcetti and the City Council will provide the City with $150 million in tax revenue by 2021.

Measure M – The half cent increase in our sales tax that was approved in November is projected to raise $750 million a year. Our 40% share is $300 million.

Measure H – The quarter cent increase in our sales tax that was approved in March will provide $375 million to fund services for the homeless. Our 40% share is $150 million.

Measure CC – The $3.3 billion bond that was approved in November will cost us an average of $150 million over the next 30 years.

Measure 51 – Our share of the $9 billion educational facilities bond that was approved in November is $50 million a year for the next 30 years.

Measure 56 – Our share of the $1.4 billion cigarette tax that was approved by the voters in November is $140 million a year.

Gas Tax (SB 1 - The Road Repair and Accountability Act of 2017) – Governor Jerry Brown recently approved the $5.2 billion a year increase in the gas tax and vehicle license fees. We are on the hook for $520 million a year.

Street Bond – The Measure M Local Return revenue from Metro and the funds allocated to local governments in the new Gas Tax reduced the street repair bond to $2 billion from $4.5 billion.  This will cost us $120 million for the next 30 years.

The Affordable Housing Linkage Fee will raise an estimated $100 million a year from new residential and commercial developments. This fee will eventually flow through to us as there is no such thing as a free lunch.

Stormwater Tax – The County is considering a Rain Tax (“God created rain and you figured out how to tax it.”) to finance a $20 billion storm water capture plan over the next 20 years.  Our share will be $400 million a year.

The SCAQMD is discussing an increase in the vehicle license fee of $30, raising an estimated $300 million.  This money will fund smog reduction programs in Los Angeles, Orange, Riverside, and San Bernardino Counties.  Our share will be an estimated $75 million.

Sales Tax - Senator Bob Hertzberg is pushing to expand the sales tax to include services.  Our share of the $10 billion increase will be $1 billion.

Split Roll – Property taxes on commercial and manufacturing property would be based on market value and not on the values established under Proposition 13.  Our share of this $10 billion tax haul will be $1 billion.

UC Bonds – The State is considering asking the voters to approve a $2 billion bond to finance facilities for the University of California and the California State University systems. Our share will be $12 million a year for the next 30 years.

Park Bonds – The State is also considering placing a measure on the ballot to raise $3 billion to pay for the repair of the neglected State Parks.  Our share will be $18 million a year for the next 30 years.

The creative geniuses that are responsible for our Structural Deficits, our lunar cratered streets and failing bridges, and tens of billions in unfunded pension liabilities will no doubt create other schemes to pick our pockets. They will select a hot button issue that appeals to our sympathies that has been underfunded because they are not willing to prioritize their spending, preferring to answer the demands of the campaign funding leaders of the City’s public unions.

Tax Angeles … to be continued!  Unfortunately!