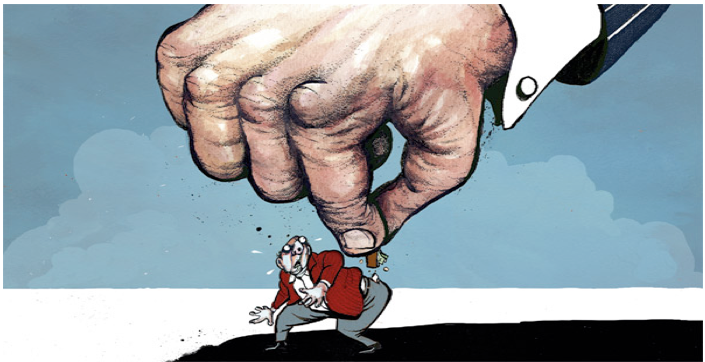 LA WATCHDOG--Why haven’t Mayor Eric Garcetti and City Council President Herb Wesson followed up on the recommendation by the LA 2020 Commission to “establish a Commission on Retirement Security to review the City’s retirement obligations in order to promote an accurate understanding of the facts” and make “concrete recommendations on how to achieve equilibrium on retirement costs by 2020?”

Why?  Because these two ambitious politicians fear alienating the campaign funding leaders of the City’s unions who do not want a public discussion of the facts surrounding the City’s ever increasing annual contributions to the City’s two massively underfunded pension plans that are forcing the City to scale back on basic services.

Over the last ten years, the City’s contribution to its two pension plans (Los Angeles City Employees Retirement System and the Los Angeles Fire and Police Pension System) has tripled to $1.1 billion, up from $350 million in 2005.  As a result, pension contributions now chew up 20% of the City’s $5.6 billion budget, up from less than 10% in 2005.

This $750 million increase in pension contributions has forced the City to cut back on basic services such as public safety and the repair and maintenance of our streets, sidewalks, and parks.  The City has even resorted to placing an ill-conceived $1.2 billion bond measure on the November ballot to fund supportive housing for the homeless.

Unfortunately, it is only going to get worse as the City, its pension plans, and their fiscally irresponsible, Garcetti appointed Commissioners are banking on an overly optimistic rate of return of 7½% on the combined investment portfolio of $33 billion.

But the stock and bond markets are not cooperating as demonstrated by this year’s less than 1% return on CalPERS (California Public Employees’ Retirement System) $300 billion investment portfolio.

If the City’s pension funds earned this meager 1% as compared to the targeted 7½%, it would result in an investment shortfall of an estimated $2.7 billion, an amount equal to about half of the City’s annual budget.  This “loss” will increase the unfunded pension liability as of June 30, 2016 to almost $11 billion, representing a funded ratio of an unhealthy 74%.

However, if the investment rate assumption was a more reasonable 6½% as recommended by knowledgeable investors such as Berkshire Hathaway’s Warren Buffett, the unfunded pension liability would jump to over $16 billion, representing a dangerously low funded ratio of 66% and almost three times the City’s annual budget.

Over the next five years, the City’s two pension plans will rack up an additional shortfall of over $5 billion if the rate of return on their investment portfolios is 6½%, a much more likely outcome than the targeted return of 7½%.

But rather than recognizing this combined shortfall of $7.9 billion over the next five years, the City has cooked up a scheme to amortize these losses over a 20 year period, reducing the hit to the City’s budget.

Even with this scheme, the City’s pension contribution is expected to increase by more than 50% over the next five years to $1.7 billion, representing 27% of the City’s projected General Fund budget.

Garcetti and Wesson, along with Budget Committee Chair Paul Krekorian and Personnel Chair Paul Koretz, will tell us they made significant reforms to LAFPP in 2011 and LACERS in 2013 and 2015.  But these cosmetic amendments are nickels and dimes and did not address the overly optimistic investment rate assumption of 7½% and the unsustainable post-retirement medical benefits.

This pension time bomb is a weapon of mass financial destruction where we will burden the next generation of Angelenos with tens of billions of unsustainable debt. This will destroy their standard of living and their environment.

It is time for Garcetti, Wesson, and the members of the City Council to get off their fat asses, put on their big boy pants, and begin to address this problem by establishing an independent, well-funded Committee for Retirement Security.

Only then will we be able to begin the hard task of developing a solution where the City and its future will not be devoured by the pension monster.