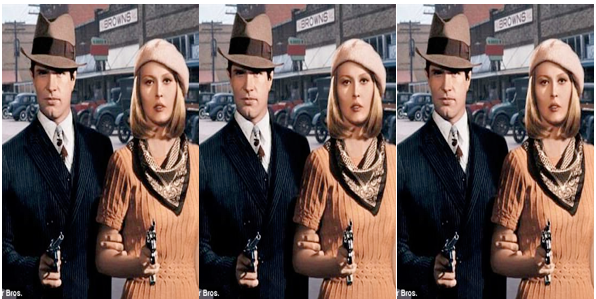 LA WATCHDOG--At its meeting last Tuesday, the politically appointed Board of Commissioners of our Department of Water and Power postponed its consideration of DWP’s proposed ten year, $63 million lease of 124,350 square feet of office space in Figueroa Plaza, a City owned office complex, because a CityWatch article suggested that the Department may be overpaying by $20 million.

This overpayment is part of the City’s scheme to stick the Department and its Ratepayers with almost $15 million of tenant improvements, an expense normally the responsibility of the landlord, in this case the City of Los Angeles.

The City is also attempting to extract an additional $5 million through higher than market rents.

However, it appears that DWP is being slammed for an additional $20 million as market professionals and several DWP employees have indicated that the Department needs only half the contracted space to house the 550 employees who are scheduled to occupy Figueroa Plaza.  This would require DWP to adopt space planning techniques similar to those used in the private sector.

Of course, if DWP had adopted proper space planning techniques for its 1.6 million square foot headquarters building, then this ten year, $63 million lease would not be necessary.  But past attempts by DWP to modernize its historic 50 year old headquarters building were shot down by the previous mayor and the Garcetti led City Council.

By the way, the concept of proper space planning also applies to the City and its more than 32,000 employees. And just imagine how the tens of millions in annual savings could be used to repair and maintain our lunar cratered streets or house the homeless, alleviating the need for an increase in our taxes.

This ten year, $63 million lease for 124,250 square feet of City owned office space was the creation of the Municipal Facilities Committee and its members, the City Administrative Officer, the Chief Legislative Analyst, and Mayor Eric Garcetti, as it was looking to off load the expense of this office space that was vacated by the Lewis Brisbois law firm as a result of the DaVinci Fire on December 8, 2014.

In November of 2015, the City was prepared to move the Housing and Community Investment Department (“HCID”) and its 600 employees into this office space.  It intended to finance the tenant improvements and relocation from the leased Garland Building by issuing debt and recouping any debt, operating, and maintenance expenses by hitting up HCID’s special funds.

But the HCID relocation plan was scrapped when Garcetti’s office realized that it would be easier to dump the surplus office space and the cost of the tenant improvements onto DWP and its Ratepayers, “saving” the City and its General Fund $63 million over the next ten years.  This was despite pushback from DWP’s management.

The terms of this unfavorable lease need to be reviewed and analyzed by an independent third party in conjunction with the Ratepayers Advocate.  Any opinions and findings, along with all backup material, must be shared in a timely manner with the Ratepayers and the public before the lease is discussed by the politically appointed Board of Commissioners.

Of course, this uneconomic deal that further soils the reputation of our Elected Elite raises the question of how many other stinkers have been approved by the Mayor, the City Council, and the politically appointed Board of Commissioners that are not in the best interest of the Ratepayers.