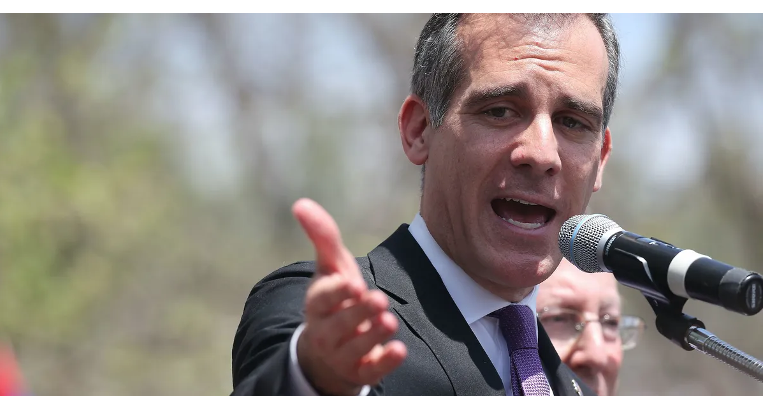 LA WATCHDOG--The First Financial Status Report prepared by the City Administrative Officer (“CAO”) estimated that the City’s revenue gap for this fiscal year would be in the range of $400 million to $600 million, up from the previous estimate of $200 million to $400 million.

The CAO also indicated that over-expenditures were more than $135 million.

This implies that the City is looking at $735 million budget gap.  This assumes that the revenue shortfall will be at least $600 million, a reasonable estimate given the current run rate of revenue shortfalls ($50 million a month) and the Mayor’s optimistic assumption that the return to “normalcy” will begin by December.  Fat chance.

So what has Mayor Eric Garcetti, the City’s Chief Executive Officer, done to address this $735 budget deficit?

Actually, he has only made the fiscal crisis worse.  While Garcetti is not responsible for the revenue shortfall, he has ducked making the hard decisions that would have mitigated the impact of the virus because he did not want to antagonize the leaders of the public sector unions.  Instead, his Proposed Budget that was adopted by the City Council assumed that there would be a quick return to “normalcy,” contrary to the advice of experts in the scientific community.  As such, the City failed to take the necessary “belt tightening” measures such as furloughs and layoffs that would have ‘saved” the City hundreds of millions of dollars over the last seven months.

Furthermore, the City delayed implementing the budgeted furloughs of 26 days for 15,000 civilian employees because of the objections of the leaders of the public sector unions.  This furlough plan was necessary to offset, in part, the disastrous budget busting labor agreement for the police and firefighters that was approved by the Mayor and the Herb Wesson led City Council in the fall of 2019.  As a result, this delay will result in cost overruns of at least $50 million in cash.

In addition, our cash strapped City has agreed to fork over almost $100 million in cash over the next two years to 1,400 early retirees in connection with the failed Separation Incentive Program that is expected to save less than $3 million this year according to the CAO.  The City has also diverted $40 million from the Police Department to buy down on the furloughs. And despite these expenditures, the City is planning to furlough 15,000 employees for eleven days in 2021.

While the City will have to take drastic action to eliminate the $735 million budget shortfall, its Structural Deficit is expected to increase.  The City is projecting a cumulative shortfall over the next four years of $765 million.  But this deficit is seriously understated according to the CAO because it assumes overly optimistic revenue assumptions and neglects to include increased pension payments and the impact new labor agreements in 2021 and 2022.

Underlying Garcetti’s failure to act is the hope that Biden will be elected, the Senate will flip, and Washington will contribute billions to the City.  But this will not happen overnight.  He still must address the $735 million deficit over the next eight months, or $1.1 billion on an annualized basis.

This will be difficult because the public sector unions believe “it is still too soon in this fiscal year to make any drastic decisions.”  But Garcetti, along with the Nury Martinez led City Council, cannot afford to wait any longer.  This will require layoffs and additional furloughs, renegotiated labor contracts, and deferrals of salary increases, not only for the civilian employees, but for the police and firefighters.

While the leaders of the City’s unions will continue to make unreasonable demands, the financial health of the City demands that Garcetti place the interests of the City and all Angelenos before those of the campaign funding leaders of the public sector unions.  What are the odds of that happening?