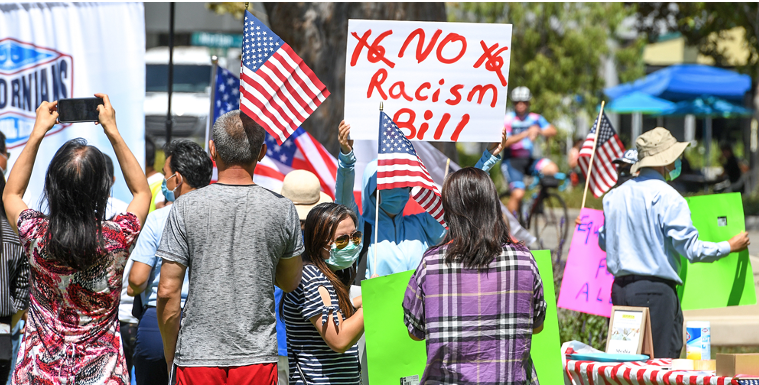 The state shall not discriminate against, or grant preferential treatment to, any individual or group on the basis of race, sex, color, ethnicity, or national origin in the operation of public employment, public education, or public contracting.

By repealing Proposition 209, the State, the City, the County, the University of California, and any other governmental entity will be able to engage in affirmative action programs to promote diversity.

Unfortunately, the proponents of Proposition 16 (Allows Diversity as a Factor in Public Employment, Education, and Contracting Decisions) have not provided us with any hard data on the level of diversity at the UC and Cal State systems or the progress that has been made since 1996 as well as over the last five to ten years.

Despite the ban on affirmative action, the UC and CSU systems have made significant progress.  Over 50% of the students are women.  The number of first generation college students has increased considerably as have the enrollment of traditionally underrepresented minorities and students from low income families.

Nor have the proponents provided us with any hard data on level of diversity of employees at the public level.

The State has made considerable progress as 58% of the State’s civil service employees are non-white, a significant increase over the last five years.  More than likely, the same is true with the City of Los Angeles, especially in the ranks of employees hired over the last ten to fifteen years.

The proponents have also not made any attempt to determine the incremental costs associated with preferential contracting programs, an amount estimated to be billions of dollars a year that our cash strapped governments cannot afford.

Our politicians love affirmative action.  It allows them to tip the scales in favor of their friends and cronies and provides another avenue for pay-to-play corruption.  This was certainly the case prior to 1996 which is one of the reasons why Proposition 209 was approved by the voters despite a vigorous and well-funded opposition.

The current system is working.  UC and CSD systems have diverse student bodies and are continuing to make progress.  Our public employees already represent a cross section of Californians and Angelenos.  And contracts are awarded based on best available price, not preferential treatment.

The proponents tell us that affirmative action will help promote diversity in the most diverse state in the country.  But they have not provided us with any information to back up their claims.  Without full disclosure and transparency, Proposition 16 does not deserve our support.

Vote NO on Proposition 16.